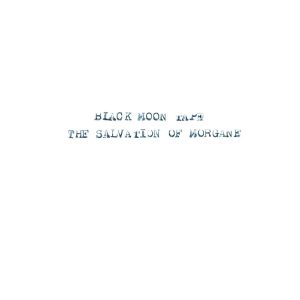 Black Moon Tape is the latest psychedelicious adventure of Will Z (the one half of our beloved Belgian band Cosmic Trip Machine) though it took him 20 years to finish “The Salvation Of Morgan”, a musical trip compiled of 15 puzzles (songs) with irregular edges, flirting from modern age psychedelic pop and rock (hard or soft) to space-electro and industrial blues (or something like this!) After a fourth or fifth listening, the pieces of the puzzle are perfectly joined together, creating a strong sonic collage, making me automatically nominate this album as one of the Best of 2017! Songs like “Doctor (Part 1)” and the self-titled “The Salvation Of Morgan” are among the most beautiful tracks I heard during this Summer (2017). The band also consists of Pierre Vancraenenbroeck on drums, while the album is released as a limited CD version (vinyl replica) with a download code, a sticker and a booklet in a black envelope card. A cult “CD” release destined to be re-released in vinyl format in a few years… (TLM)

(Limited special CD box edition of 100 hand-numbered vinyl replica copies with a download card, a sticker and a booklet in a black envelope card)