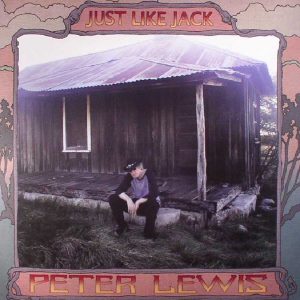 Despite his 55-year musical career – starting in 1963 with The Cornells and continuing with West Coast Legends Moby Grape – this is just his 2nd solo album (the other one being a self-titled album in 1995), released as CD in America (SteadyBoy Records) and LP in UK (Shagrat Records), somehow celebrating the 50 years anniversary from Moby Grape’s debut album, June ’67! Album consists of 10 songs “painted” by Peter’s 6 and 12 string lead guitars and his “attractive” haunting deep but warm baritone voice! The album was recorded in Austin, Texas over the past few years presenting a variety of rock styles from blues folk to country. Typical Moby Grape! Of course, the highlight of this LP is “Sailing”, a song written by Peter and his fellow bandmate Alexander ‘Skip’ Spence back in the day (“Oar” period). Peter worked on the song with Skip whilst he was still alive. He added a few parts and the result is a mind-blowing west coast psychedelic mid-tempo shimmering tune! The CD version comes with different artwork while “Valley Music Festival” is replaced with an exclusive track “Screwball”. It deserves to be placed next to “Moby Grape”, “Wow” and “Grape Jam”, and I am happy for it. (TLM)