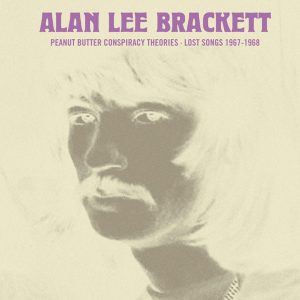 Previously unreleased recordings, most of them written in 1967. Back from the “future” come these songs to reveal the unique sound of the PBC, a band ahead of its time… Main member of the band, Alan, gives us the opportunity to travel back through different kinds of music such as folk rock, psychedelic pop with some fuzzy elements mixed up together to create this particular kind of music composed and played mostly on his own, using improvised drum kits made up from household objects, amps and guitars to create feedback and distortion effects. Most of the songs were recorded by Alan using a Teac A1200 tape deck but still, it is difficult to understand the difference between those that were made in more professional surroundings. The result of all these is this album that sums up some serious doses of the sixties’ spirit. (TimeLord Edgart)

Buy the album through Guerssen:

Almost Famous / Journey To The Summer Of Love (Book)

In the previous issue (TMZ#9), in a total of 19 (!) pages, Alan tried to reveal most of his exciting days with Peanut Butter Conspiracy. This book (204 pages) comes not only to fill the blanks, but also to expand his fascinating story, fully detailed, covering a period of 25 years, from his birth till late 60s, chronicling all the intermediate stopovers, focusing on his early folkie days and on his “Almost Famous” West Coast Psychedelic adventurous Peanut Butter Conspiracy days, emerging Alan’s desired feeling for fame, fortune, love, hate, and a meaningful life that took him on the trip of a lifetime. Eventually, did he get rid of this lustful feeling? Read the book to find out! One of my Top reads of 2017! (TLM)

Buy the Book through Amazon: