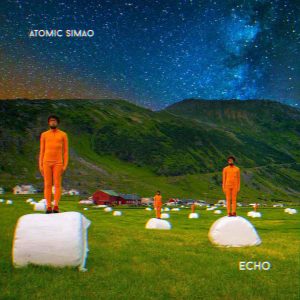 This wonderful surprise hails from Kiev, Ukraine! Their previous debut album left us with the query which path is more suitable for the band to follow. “Echo” comes to answer this question in a rather simple but complex way. The Cosmic ala Funk Space Rock path, of course! Adding a lot of jazzy and electronic elements, mixed up with trippy lysergic guitars, emerging – at times – a Middle Eastern feeling. Hard to pick a favorite, but if I had to, then the instrumental (forgot to say that the whole album is ‘voiceless’) space-jazzy “Around The Sun” would be the one. “Echo” is a groovy psychedelic voyage through the unknown space, full of colors and intergalactic vibes! (Dr. Floyd)

Here’s an excerpt from the album: