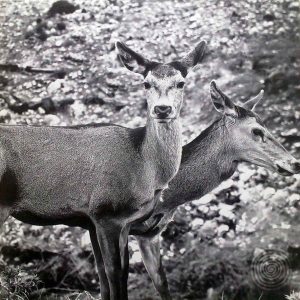 All of a sudden, this quintet from Athens came out of nowhere to stir up the stable muddy waters of the tiny Underground Psychedelic Greek scene. The impact that this band had upon me by the first time I heard them live can only be compared with the one I had back in the day when witnessing a Purple Overdose gig! Anyway… “Memento Mori” is their debut album, presenting 7 original well-structured songs plus a surprising cover. The album starts in a shamanic poetic way with “The Wolf The Mightier”, a bucolic prayer under a folkish psychedelic scenery. On “Ryuu” the mood changes, becoming cinematic, emerging an avant-garde feeling, ending with an ‘organ orgy’. “L.U.C.Y.” is a dreamy psychedelicious poppy-flirting tune with an excellent use of the ‘beer jug’ while “Why” is the English version of “Vorrei”, a tremendous cover that only shows the huge gamma of their influences. “Fire” with its nostalgic mood is simply the last song you want to hear on the last day of Summer. “Who’s Out There” can easily stick in your mind for a long time, showing Ren’s magnificent vocal potentials. “The Saints” it’s kind of Eastern-influenced with a west coast guitar feeling and its adventurous psychedelic alternations. Album closes with “Memento Mori”, a cool psych-pop tune featuring Phil Diamond. If they manage to include the wonderful extra-psychedelic sacramental atmosphere of their live shows into their new upcoming stuff, then the Psychedelic Future is Theirs… (TLM)

Label: The Sound Of Everything

(the song is included on TMZ#10 CD compilation)