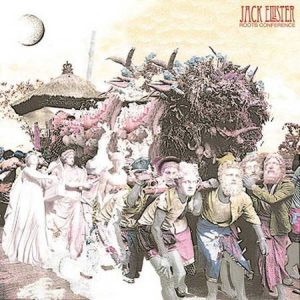 This is a new album by Jack, released as part of Friends of the Fish Series (Vol.15) through FdM Records. After his previous tremendous LP “Tune Up Your Ministers…” which we voted as BEST ALBUM of 2015, Jack comes with an album full of covers by some of his all-time favorite songs. The list of the covered names is really subversive! From the Beatles, the Stones, Bowie and Pink Floyd to Jackson C. Frank, Open Mind, Dizzy Gillespie, Mark Fry, Steve Vai and The Fool! Even more subversive and surprising are Jack’s sophisticated reinterpretations that are taking the songs into another lever, highly artistic, fully inspirational, making this LP proudly stand next to Bowie’s “Pin Ups” or Cave’s “Kicking Against The Pricks”. Besides that, you’ll hear the Best “Matilda Mother” version since the original! Jack’s definitely Got It! Discover! (TLM)

Check Samples from the Album: