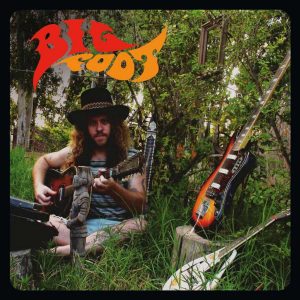 For the last 10 years, Big Foot – aka Dor Koren – is the bass player/vocalist of Israel psychedelic band, Tree (their both albums were reviewed on previous issues). Dor, simultaneously, has been operating, recording, writing, producing and distributing his own music, isolated in a peaceful kibbutz environment, at his psychedelic homemade studio. His debut album on It’s A Gas! Records cover a wide range of songs, music, and emotions. Psychedelically influenced by the 60s with a Groovy vibe all over and adventurously fuzzy at times, the album contains 11 tracks flooded by sitar (mostly) while a variety of instruments gives a colorful exotic but bizarre feel to the final product! One of the best albums of 2017! And do not forget, Big Foot Loves You… (TLM)