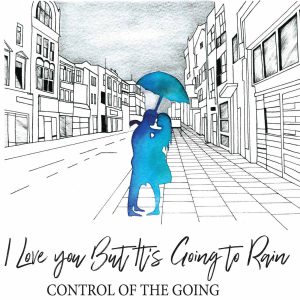 Control of The Going comes from Manchester, UK. A 6-piece band consisted of Liam Hart (Lead Guitar and Lead Vocals), Ashley Hart (Guitar), Stephen Ackley (Guitar), Tom Sillitoe (Bass and Backing Vocals), Matt Byrne (Drums) and Minesh Mistry (Keyboards). This newly formed band has decided to give a fresh psych-pop sound not only at the British scene but to all of us!! After a “killer” 7” release in 2017, they released their debut album “I love you but it’s going to rain” last February. A really groovy pop-rock album with psych passages from time to time. The songs talk about love, stars, life, family, belief, soul, clouds, sky, love again and finally “She” (a song taken from the 7-inch release and included in their debut album). Smart move, cause it’s the highlight song!!! Psychedelic tunes, order you to dance (Don’t forget that “She” can fly!!!). Favorite song is also “Family” that tells you how R’n’R music saves lives!!! Listening to the album (several times) had the feeling that the chemistry of the band is the right one!!! One for all and all for one!!! Worth saying that the production is great!!! Can’t wait for Their next “step”!!! (Dr. Floyd)

Buy “Control of the Going” stuff: