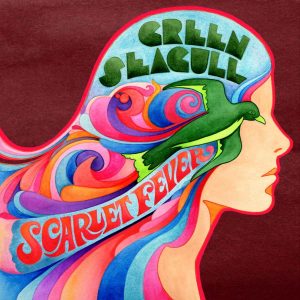 What we have here? We have another psychedelic pop jewel from Mega Dodo Records!! Green Seagull is a UK outfit from London, born in 2016. The “seeds” were planted by Paul Nelson (New Electric Ride) and Paul Milne (Magnetic Mind, Hidden Masters).They united their love for 60s baroque psychedelia and with the addition of Sarah Gonputh (The Lysergics) on keys and Elian Dalmasso on drums a new band came up! Their name was taken from a misheard Rolling Stones lyric!! Beautiful psych-pop with a really groovy freakbeat sound. A lot of 60s influences take you to the magic era of psychedelic London‘s underground scene!! Before this “must have” album Green Seagull had also released two “must have” 7”, also at Mega Dodo records in 2017. Their debut “Scarlet/They just don’t know” and “(I used to dream in) Black and White/ Not like you and me”. Their creativity, as I can see, is enormous and we’ll have news from them really soon! Hope to have the luck and enjoy the band in a live show sometime, somewhere…(Dr Floyd)