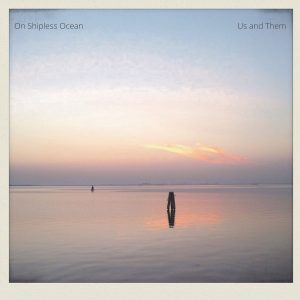 Us And Them, are back* with their 2nd album which is scheduled for release mid-June 2018, through Mega Dodo Records. This Swedish Baroque-NeoFolk-Pop duo of Britt Rönnholm and Anders Håkanson made an album (11 songs, 52min in total) that flirts with various Folk sub-genres like Acid-Folk, Dreamy-Folk, Medieval-Folk, Psych-Folk, developing their unique brand of light psychedelized folk music. All songs show a great musicianship filled with artistic acoustic instrumentation dressed with superb female vocals. Oh, these vocals! This voice! Britt’s voice combines and simultaneously emerges Nico’s melancholy, Marianne Faithfull’s fragileness, Sandy Denny’s crystalline structure and Jacqui McShee’s warmness!!!  Pretty amazing, e? By now, you should have guessed the musical background that this album moves to, but in my humble opinion, this LP ‘hides’ 2 Magical, Superb, Brilliant and Unexpected surprises! The 9:37min “Tail”, a psych-neo-folklore epic tune that can melt the inside of your brains by the first listening and the Shocking Sensational 10min trip “Lady Rachel”. Yes, Kevin Ayers’ “Lady Rachel”, it’s really unbelievable what they did to this already-amazing song. They moved further. A beauteous delicate electronically flavoured Psychedelic Folk Epos! Kevin would have been proud! For sure! Tim would be proud too… “Long afloat on shipless oceans / I did all my best to smile / ’til your singing eyes and fingers / Drew me loving to your isle”… (TLM)

* A precursor 7inch Vinyl Single (Limited to 250 hand-numbered copies) is going to be released in April. “From The Corner Of My Eye” is taken from their “On Shipless Ocean” album and it is backed with “The Iron Maiden”. Includes a download code for 2 more songs: “When Life Begins” and “All The Madmen”. (last 3 songs are non-album tracks)

Check Us and Them: