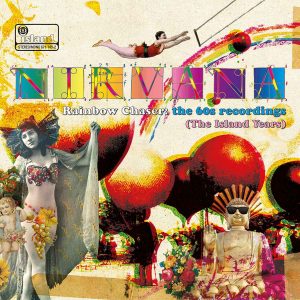 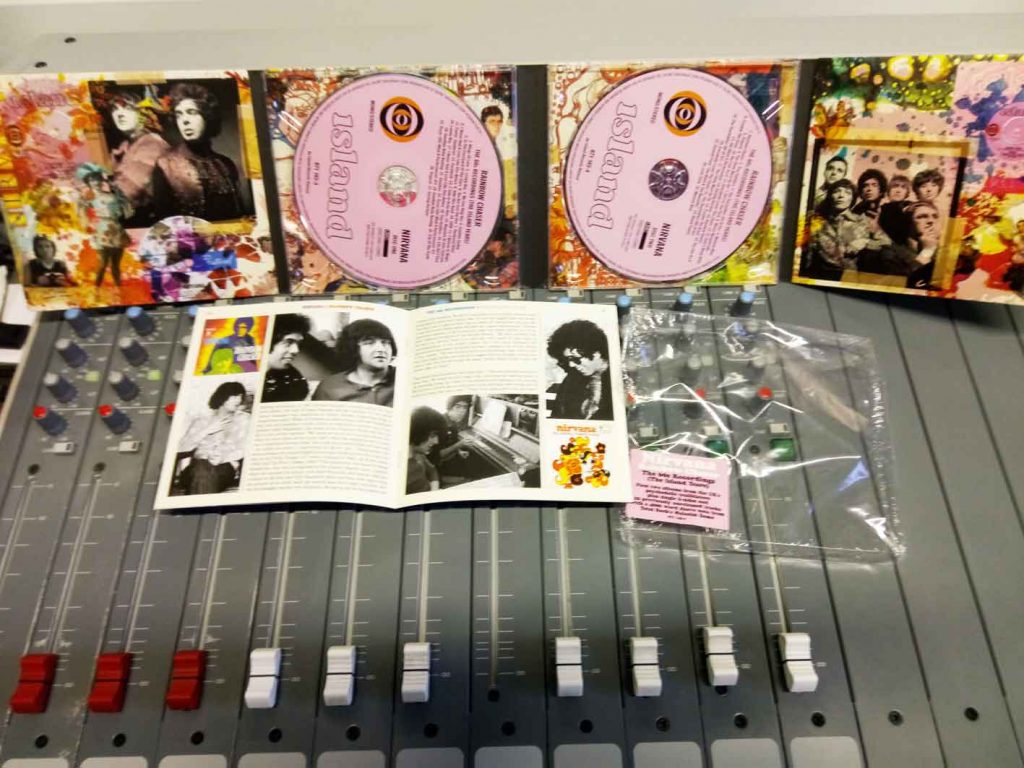 Expanded! Expanded! Expanded! Well, this is exactly what comes to mind with this Superb double CD release! Nirvana – The Original One of course – during their 60s Island years, released 2 albums. This compilation contains both albums, namely “The Story Of Simon Simopath” and “The Existence of Chance Is Everything and Nothing While the Greatest Achievement Is the Living of Life, and so Say ALL OF US”. 10 tracks from their first album and 12 tracks from their second. But! This release contains 30 more tracks! In a total of 52! The amazing thing is that the 22 of them are PREVIOUSLY UNRELEASED outtakes, demos, and alternative versions, making this release the Definitive ’67-’69 Nirvana Collection! The package comes with a 4000-word sleeve note from Malcolm Dome (Total Rock). We have “drained” the Chapter “Nirvana” during previous issues of TimeMaZine Fanzine (notably in Issue TMZ#8 where Patrick Campbell-Lyons revealed really interesting facts like being the first band to be signed to “Pink” Island Records, that they were among the first bands to use “phasing”, responsible for the first “concept” album, playing live with Salvador Dali, and many many more things expanded to a 12 page interview!) So, besides some B sides and instrumental versions, I believe I should focus on the unreleased stuff that really blew my mind! First of all, the original version of “Tiny Goddess” recorded at the Olympic Studios, 21 June 1967, featuring a recently-arrived-from-L.A. Jimmy Miller (percussionist, drummer, producer) on drums – a version that to this day Patrick considers it as the Best Ever Recorded version! “Oscar (Oh! What A Performance)” was originally released as a single (May, Island Records, WIP-6057), but here we have the chance to listen for the very first time 2 long versions (#1 and #2) both featuring the Amazing band of Spooky Tooth! Another previously unreleased track is “City Of The South”, Nirvana’s instrumental answer to Procol’s “Whiter Shade Of Pale”! Also, a without phasing version of “Rainbow Chaser”, helps us to understand how unique and important – for the song itself and for the technique generally – was the “Phasing”. There’s an ABSOLUTELY BEAUTIFUL AND GENTLE version of “The Show Must Go On” with vocals (yes, that’s right! Vocals and lyrics to this originally instrumental song from their 2nd album “All Of Us”) and bouzouki! Splendid! And of course, there’s more! An interesting version of “The Touchables (All Of Us)” that features vocals by the actresses from the film “The Touchables”, Esther Anderson, Judy Huxtable, Marilyn Rickard and Kathy Simmonds! Alternative takes of three songs from their 3rd album “Dedicated To Markos III” (that was recorded for Island but released by Pye). “Black Flower” (Trident Studios, 31 March 1969), “Excerpt From The Blind & The Beautiful” (Trident Studios, 2 April 1969), and an instrumental ‘Take One’ Version of “Love Suite” (Trident Studios, 19 May 1969). Finally, the icing on the cake is a brand new version of “Melanie Blue” (originally in “All Of Us” LP), recorded in 2017 with Patrick Campbell-Lyons on vocals and Aggelos Kravaritis on guitars and bass, produced by Costas Stergiou in Athens, July 2017! Well, the only “disadvantage” for all us romantic and always faithful vinyl lovers is the CD format… Hoping for a future vinyl release…

Do you believe in Magic? I certainly do! A Delightfully Charming release! (TimeLord Michalis)

Get it From Mersol Music:

Get it from Udiscovermusic:

This is Patrick Campbell-Lyons of the NIRVANA, reading – Live on the studio of DRT 9.15 FM TRIPOLIS – an excerpt from his book “Psychedelic Days”, during a live-radio interview by TimeLord Michalis 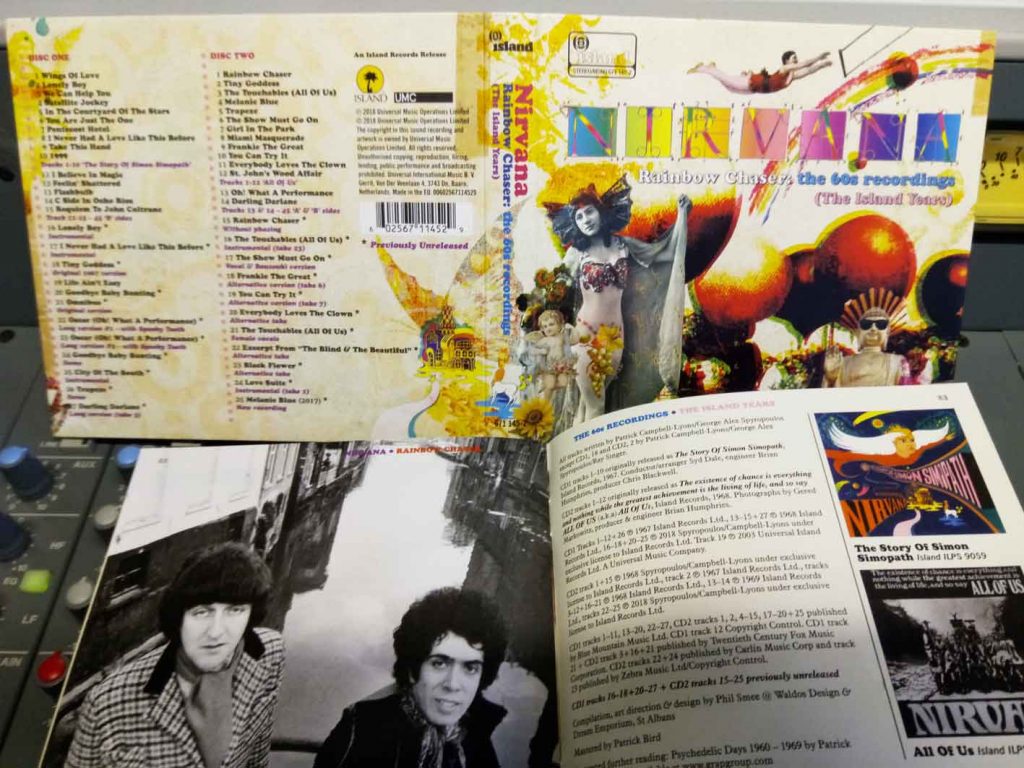