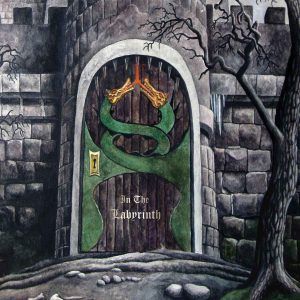 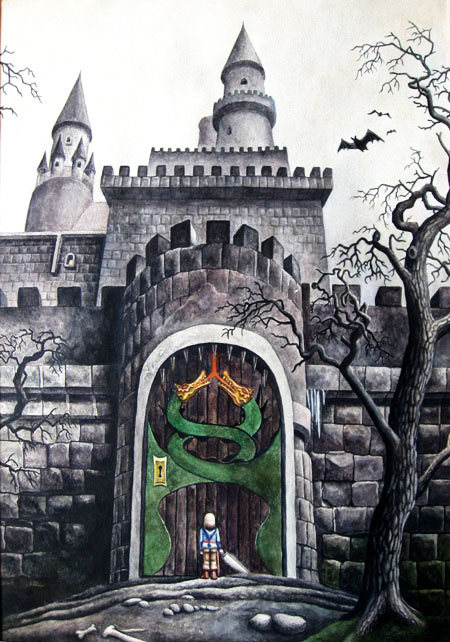 I don’t know how many of you are familiar with this “well-hidden-but-patiently-waiting-to-be-discovered” band from Stockholm, Sweden. Peter Lindahl – main man – formed a band called Aladdin’s Lantern, back in 1980, a band clearly influenced by Middle Eastern music. During the 90s they had switched from being a part-time live act to becoming a band more or less confined to the studio environment. Around ’93 the name Aladdin’s Lantern was swapped for Labyrinth and in ’94 to In The Labyrinth, which was essentially a way to avoid the risk of being confused with the heavy rock band Labyrinth. They released 3 CD albums, “The Garden Of Mysteries” (1996, Ad Perpetuam Memoriam), “Walking On Clouds” (1999, Record Heaven) and “Dryad” (2002, Record Heaven). I was first introduced to In The Labyrinth by Trail Records’ CD compilation “One Trail To Heaven” released in 2011. Unfortunately, since then, the band hadn’t released anything, but they’re finally back with a grandiose stunning concept album! “Samas Antaral” is their 5th album, released by Transubstans records, a subdivision of Record Heaven (unfortunately only on CD format). The album is built on a self-titled saga, once written by Stefan Ottman and former In The Labyrinth member Mikael Gejel and was adopted later on by Stefan and Peter. The songs were recorded mainly around 1993-1994 (parallel to the recordings for their first album). But there are also a few tracks or parts of tracks with a recording date back to the faraway 1973 and 1974! Of course, there are a few “pieces” that had been added more recently. So, we’re talking about an album that started back in 1973 and completed in 2018!

“Samas Antaral” tells the story of an island that sometime will rise up from the sea… And at this point, I will tell no more about the story because I do not want to spoil the fun of listening with curiosity and anticipation. I caught myself waiting patiently for the “narrator” to cut the continuing flow of this mystical musical journey so I can hear what happened next to The Raven Prince, or to The Eagle Dreamer or to Logrila. This fairytale is divided into 20 musical pieces ticking from 1:49 to 8:32min and most of the songs here are instrumental. The scenery, depending on the part of the story, is mystical, other times emerges a medieval feeling, becoming happy or sad, scary or adventurous. Folklore traditional music mixed with Middle Eastern, blending Baroque styles with pinches of Renaissance music and also Greek rebetiko music! All these, under a rather cinematic approach. Listening to “Samas Antaral” is like dreaming with your eyes open! Tripping into a Parallel Universe! Enchanting! (TimeLord Michalis)

“Glindar” (S Ottman)
“In the realm of Glindar it all began when serpents still shared this world with man”. Glindar was one of the first songs to be recorded for the album.

“Samas Antaral” (P Lindahl/ S Ottman/ M Lövroth)
“The magic crystal lost in the deep is destined to return one day when an Island shall rise up from the sea”. The first embryo of this song emerged in 1987 and was completed many years later.

“The Raven Prince” (P Lindahl/ S Ottman)
“The deceptive lust for greed, as here portrayed by the Raven Prince stealing the crystal and then dropping it into the ocean”. On pedal guitar: Robert Eklund, on daf: Fereidoun Nadimi and on violins: Marcos Chagallo while helping out on harmonies with Peter is Helena Selander.

“Vormakk of the Marshlands” (P Lindahl)

“This is the ruler of the marshlands breathing frost and madness on whoever dares trespass the borders of his serpentine kingdom”.

“Gar Skuorras” (P Lindahl)
“The birdlike defenders of Nargal’s dark power, ready to hunt down any one who dares oppose him are called Gar Skuorras”. This song, for which the basic track was cut in 1974, features – among other instruments – a pair of acoustic guitars played with a bow and then speeded up for more intensity.

“Jambekko” (P Lindahl/ S Ottman)
Written by Stefan back in the seventies, this largely medieval song received additional themes by Stefan and Peter years later. Jambekko is a seed with magical properties playing a vital part in the saga.

“Nargal” (P Lindahl/ S Ottman)
This is a partly remixed and fully remastered version of the track that once appeared on the ITL album ‘Dryad’. It was written and recorded as part of Samas Antaral and has now finally found its way back.

“Undimon (In the Deep)” (P Lindahl/ S Ottman)
A part of a recording called ‘Atlantis’, made by Peter in 1974, was copied and spliced in to form the midsection of this song. It serves as a backdrop for Stefan’s recitation, which was added more recently. For the rest of it, the arrangement is built up mainly around mellotrons, synthesizers, a concord of viola da gambas and the voice of Helena Selander.

“The Eagle Dreamer” (S Ottman)
This song was put together by Stefan in the 80s. It used to have lyrics in the form of a lullaby addressed to his daughter Tuva, but is here presented in an instrumental version.

“Return of the Hermit” (P Lindahl/ S Ottman)
Written essentially on two guitars, this was for a brief period, considered a contestant for the parallel ITL project ‘The garden of mysteries’, but was eventually shelved for better options, as it did not quite fit in.

“Elk Warriors” (P Lindahl/ S Ottman)
“Warriors, saddled on elk back, come to the young pilgrim Jorim’s rescue after Vormakk has left him in a ‘daze of milk and honey’ out in the darkling mire”. This instrumental starts off with Styrbörn Bergelt playing on a willow flute before string and bowed instruments take over.

This was one of the first tracks to be recorded for Samas Antaral, with Stefan on Spanish guitar, then gradually giving way to a more lofty arrangement with zither, melodion, synthesizer, guitar and background choirs, flute and – finally – sounds of the forest.

“The Heart of the World” (P Lindahl)
This is the predecessor and template for the opening track on The garden of mysteries, called ‘Gates of Andorra’. Written and recorded by Peter in 1993, it was eventually released as part of a cassette called ‘Mysteriernas Trädgård’ (ie The garden of mysteries). Helping to inspire this instrumental was, more than anything, renaissance consort music of the 16th century.

“Samirala” (P Lindahl)
“The healer Samirala plays an important role in the saga by bringing Jorim back to life after his faithful endeavor with the sinister forces of the mire”. This song is inspired by such diverse styles as Greek Rebetiko, Scandinavian folk, prog rock, but also the ethnic music of the high Andes. Alejandro Vega contributes with charango, pan flutes (zampona and toyo) as well as violin. Carlos Yoyi on Bb trumpet. Stefan Lakatos on trimba.
“The Road from Raudalinn” (P Lindahl/ Ottman)
Recorded by Peter in the 90s, this ballad picks up on almost exactly the same theme as The Raven Prince but with different lyrics.

“Gates of Cornat” (P Lindahl)
This began as an instrumental under the name of “Christos of Megalohori”, its inspiration deriving mainly from Greek Rebetiko but also from baroque music.

“The Fall of Tombuk” (P Lindahl/ S Ottman)
Stefan came up with the main theme to this one in the late 60s, while 25 years later, ‘Tombuk’ received a facelift with several more themes collectively added by Stefan and Peter. On accordion: Miriam Oldenburg.

“Balindargoth” (P Lindahl/ S Ottman)
“In the ancient city of Balindargoth lives the mad priest of Gormoth”. This track began as a synthesizer piece but was eventually supplemented with instruments such as mellotron, acoustic guitar and later on, Alejandro on charango as well as Helena’s angelic voice.

“Gormoth’s Dance” (S Ottman)
An early version of this song called ‘Arabesque Grotesque’ was recorded in 1978, this eventually serving as a template for what was to come 15 years later. A mixture of mostly acoustic instruments but also electronic ones.

“Logrila” (P Lindahl/ S Ottman)
“It’s here that the Island of Samas Antaral rises with the shining crystal, as it had once been foretold by Logrila who saw the rising of a blue star”.

Musicians and singers who took part in these recordings:

Visit, Listen & Buy from In The Labyrinth web: