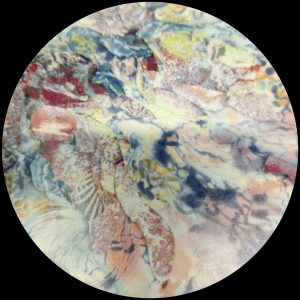 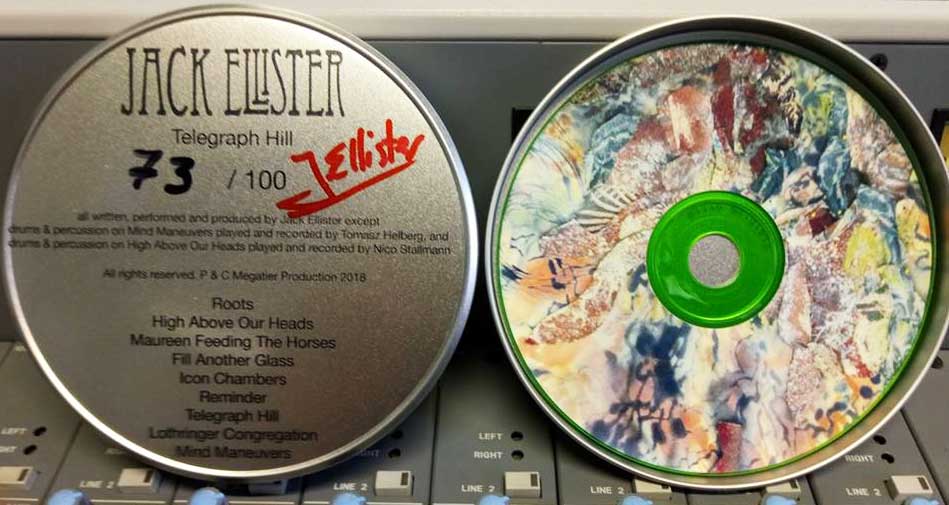 Well, the story goes something like this. Jack got a few offers to play some gigs including the Glastonbury 10th year Fruits De Mer anniversary show on the 12th May, and he got the idea of putting together acoustic recordings and some electronic music experiments of his, to form a sort of semi-acoustic mini album. Jack told me: “About 9 tracks, 5 or 6 real songs, acoustic, some are with drums and more instruments than only guitar/voice”. A CD, in a tin-box, printed. So, Jack produced 100 CDs (most of them sold at the Glastonbury gig) and there are plans for a future vinyl release (I’m keeping my fingers crossed) as Jack revealed to me a few days ago… All 9 songs of this mini-album written, performed and produced by Jack himself except drums & percussion on “High Above Our Heads” played and recorded by Nico Stallmann and drums and percussion on “Mind Maneuvers” played and recorded by Tomasz Helberg. “Roots” is played with just an acoustic guitar, it is a melodic song moving under a melancholic nostalgic vein. “High Above Our Heads” is a lovely ballad that flirts with the psych-folk style and perfectly blends with “Maureen Feeding The Horses”, a peaceful kind of ambient short tune. “Fill Another Glass” is another psych folkish acoustic song while “Icon Chambers” is a dreamy n’ relaxing instrumental electronically flavored. “Reminder” is an acoustic love song with beautiful lyrics while “Telegraph Hill” moves into Jack’s familiar fragile unique style! “Lothringer Congregation” is a weird farewell short song and the mini-album closes with the magnificent “Mind Maneuvers”, starting with percussion and acoustic guitar and transforming into a neo-psych-folk ballad. Well, it’s been ages since I heard or spoke the word “troubadour” and Jack, certainly, is the one that successfully brought back this lovely feeling I get after listening to a modern age troubadour! Thanks, Mr. Jack! (TimeLord Michalis) 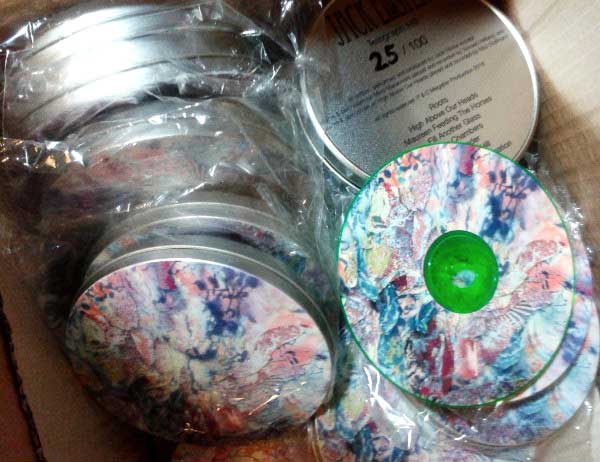