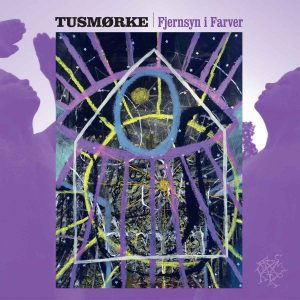 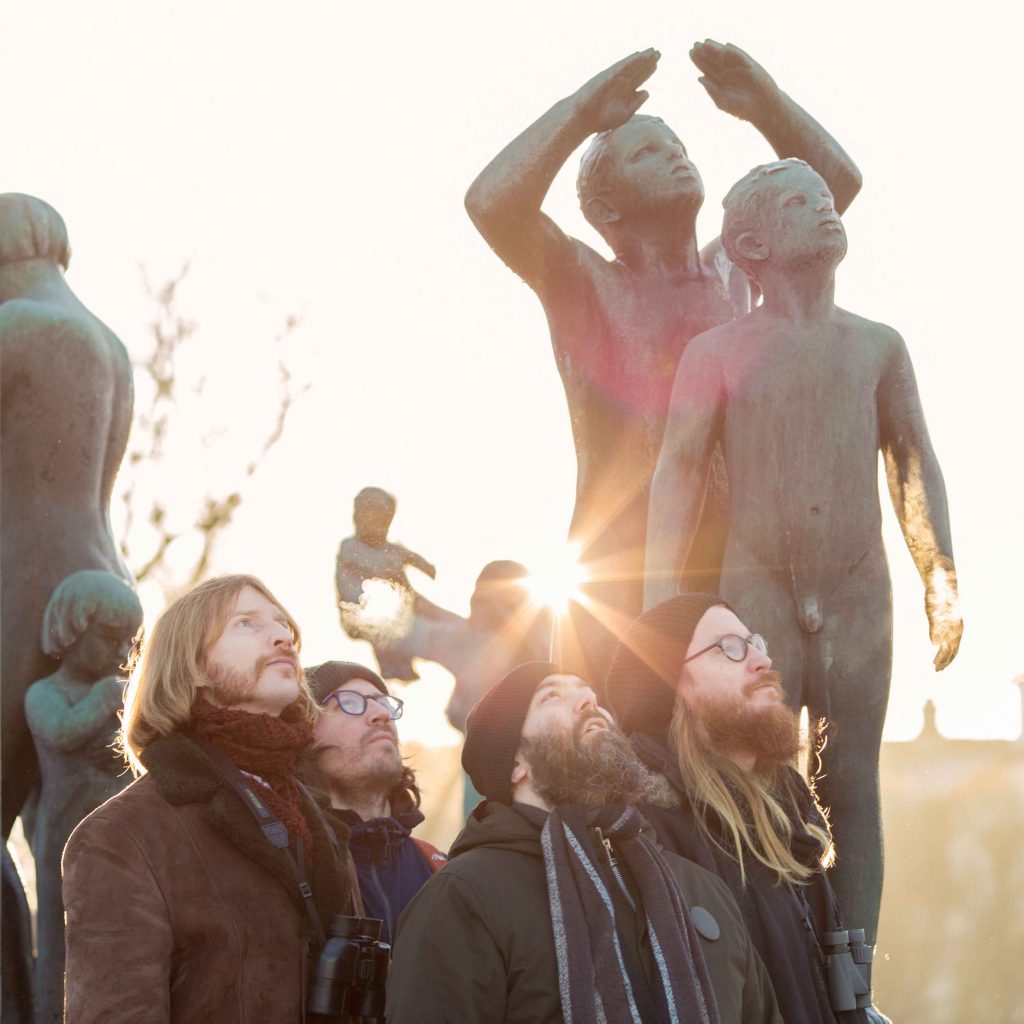 I confess that I wasn’t aware of this Norwegian – Skien based – band, that formed in 2012 and since then they have released 6 full-length albums. Generally, their style moves into a progressive-psych-folk way bringing the Norwegian nature into their sound (whatever that means!) The line-up consists of Benediktator, Krizla, HlewagastiR and the Phenomenon Marxo Solinas. The band uses a plethora of instruments like flute, bass, percussions, clavinet, harpsichord, mellotron, Hammond, mini Moog organ… The band explains the concept: “… loosely based on two concepts of light, time and reality. How everything we see is a reflection made by light from the sun hitting an object – The reflected light is registered by our eyes, but the reflection is also sent out in all other possible directions, traveling at the speed of light. The unobstructed reflections would travel forever onwards into space. If we could devise a means to move faster than light, we could overtake these reflections and view them again, seeing history backward. The second idea is that light is not seen as anything until it hits something and is reflected back, creating an image in color for the human eye. So if there were no physical objects to reflect the light, there would be an eternal totality, a darkness of sorts, since light would not be seen…”

Well, what really impressed me here with this release is that the album didn’t “touch” me by the first listening. But, after every last hearing, there was something that “pushes” me to listen again. And again… And again! For sure, this wasn’t the Finnish language that the band uses (mostly) to dress their songs… Hmmm… The album contains 6 tracks with a total run of 44 minutes! It takes off with “Fjernsyn I Farver” (“Color Television”), an upbeat dynamic danceable kind of industrialized tune (bringing to mind a more alt-prog side of Rammstein!) with an incredible ‘turn’ 3 minutes before the end, moving into an eerie acid-folk soundscape. The adventurous flute sounding gives a psych feel to the late 70s prog-rock flirting “Kniven I kurven” (“The Knife in the Basket”) while “Borgerlig Tussmørke” (“Civil Twilight”) dives into a more deep and esoteric folkish path of progressive rock. Despite the enormous amount of spacey effects at the beginning of “3001”, the track is a dark prog-rock tune with heavy Moog organ indicating a psychedelic complexity of sounds, a bastard musical ritual between Black Widow and Current 93! The tribal folklore “Death Czar” follows. An amazing prog-rock tune with huge doses of ‘psychness’! Album closes with the SUPERB (according to my humble opinion) “Tøyens Hemmelighet” (“The Secret of Tøyen”). Imagine King Crimson recording in the studio with Zappa and Ian Anderson! Sweet old-fashioned prog-rock at its best, introducing a tremendous heady intoxicating tribal primordial dancing rhythm ending in a magical dark epic way! Welcome to the Twilight Zone of Norway’s Progressive Side! Recommended! (TimeLord Michalis)