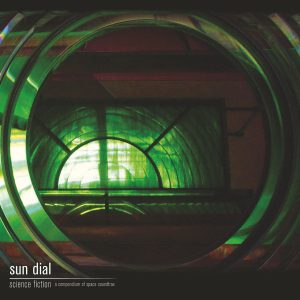 Gary Ramon and his gang, the Sun Dial, since the early 90s, has never stopped feeding us with 60s psychedelic influenced lysergic music to this day, while he kept on surprising us with his various ‘obsessions’ at times… Rock, Shoegaze, Space-Rock, Electronica… Sun Dial’s latest release contains previously unreleased tracks/compositions of instrumental electronic space-rock from the last 20 years, from numerous contributions they did to film and television soundtracks! Of course, the ideal label to release such a project couldn’t be anyone else than Sula Bassana’s Sulatron Records! 12 little but spacious orchestrated pieces of Science Fiction Music! Like a space journey with various stops at different odd places of space and time! “Hangar 13” is a hazy droney space-bubble and the CD version includes it as a bonus track, the 15:29min version, transcending the listener into ecstasy, making the track an incredible intergalactic space travel! “White Stone” rocks! While “Mind Machine” is a groovy space-disco tune! “Saturn Return” is a lovely space synth oriented track and “Space Travel” moves into a more dreamy sequence of sounds. “Alien X” is very dark and a rather cinematic slow piece and “Rise Of The Robots” is Sun Dial’s approach to the robotic electronic side of Kraftwerk! “Airlock” is a more ‘earthly’ tune flirting with space-psychedelia! “Aftershock” is a haunted abandoned tricky tune while “Ghost Ship” moves inside Darth Vader’s deepest isolated paths! “Infra Red” is another futuristic spacey tune and eventually album closes with the trippy psychedelic “Starwatchers”. I’m pretty sure that this album is an ideal ‘vehicle’! It contains the proper ingredients to throw a bridge across the previous “Made In The Machine” LP and Sun Dial’s next ‘episode’! Till then… Space Out! Over… (TimeLord Michalis)

Buy it directly from Sulatron Records: