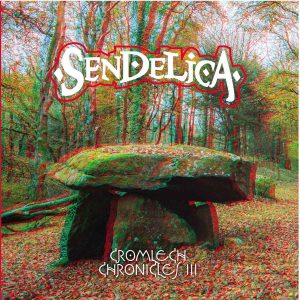 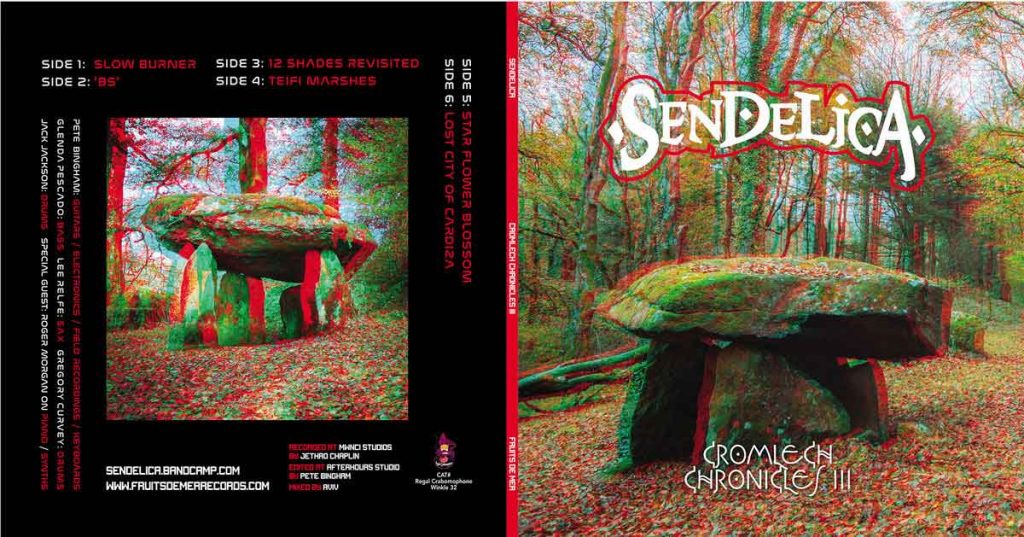 In 2006 Sendelica recorded their debut album, “Entering The Rainbow Light”, at Mwnci Studios in the magical landscape of West Wales. It was to be almost another decade before the band returned to that studio in what has now become a regular gathering of like-minded musical souls in search of new musical paths that have become known as the ‘Cromlech Chronicle’ sessions. “An annual two days of simply playing, improvising and recording to see where the musical muse leads us”. August 2017 saw the regular Sendelica line-up swell its ranks to a six-piece band with the addition of a second drummer Gregory Curvey (from The Luck Of Eden Hall) and keyboardist Roger Morgan.

So, as you may have guessed well, this is the 3rd Part of the Cromlech Chronicle Series. 6 tracks divided into the 6 sides of the 3 10inch EPs! “BS” (6:39) is a short jam, acting like a warm-up, moving into space-prog, a powerful tune full of energy with the necessary amounts of ‘dreamy-Sendelica-parts’ in the middle section of the track. As the name indicates “Slow Burner” (12:41) is an ambient-like proggy tune slowly trying to melt your mind. It burns every single shell of your brain… But… here comes “12 Shades Revisited” (10:58)… All these dead shells are being replaced with new-born ones, under a dreamy ambient scenery introducing a magnificent sax sound while gradually the soundscape becomes spacey with pinches of neo-prog! “Teifi Marshes” (9:14) is a relaxing tune, almost acoustic with a peaceful electronically flavored serene atmosphere! The scene becomes even more atmospheric and trippy on “Star Flower Blossom” (14:40), emerging a psychedelically spaced environment! Suddenly, acid overflows your mind your body your soul… The extra-terrestrial out real “Lost City Of Cardiza” (8:43) starts its futuristic course to the Great Unknown! Amazing post-psych with a punkish attitude, it’s like “Set The Controls…” on speed! Essential hypertension penetrates my existence! A 3-Dimensional Musical exploration of the Divine! What A Trip! I don’t want to come back… It’s so nice being here, between 3rd and 4th Saturn’s rings!!! (TimeLord Michalis)

Get it from Fruits de Mer Records: 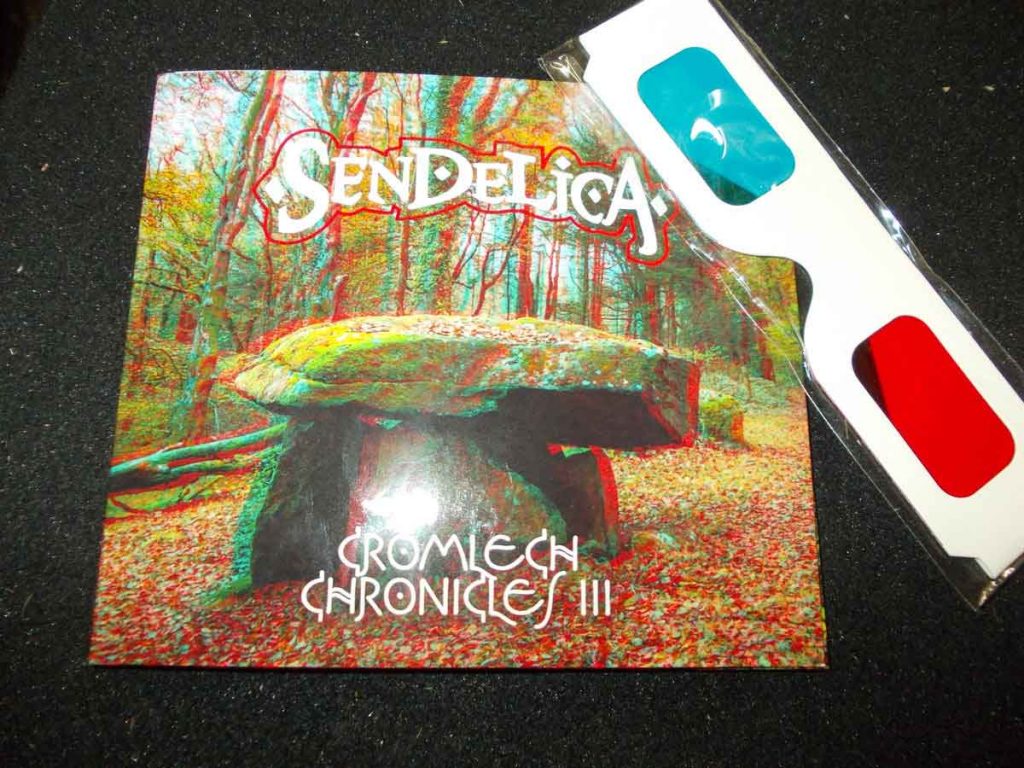