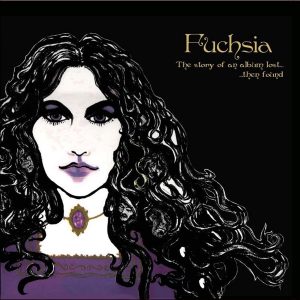 Fuchsia’s debut album was released back in 1971 through Pegasus label and it was destined to become a ‘cult’ record… It has been, since then, at least 9 times rereleased, officially and not officially. Till now, my favorite legitimate release was the one that did Greek label Anazitisi Records in 2011, in which a 7inch single was included as a bonus! Fast forward to the summer of 2018 where my beloved-underground-label Fruits de Mer Records makes another reissue of this “classic-lost” LP, but this time the release is extended to a double album! The reissue is going to coincide with Fuchsia’s appearance at Fruits de Mer’s annual summer festival! (The three-day get-together festival called The 16th Dream of Dr. Sardonicus, 3 to 5 August, Cardigan, Wales). The first record contains all 7 songs of the original 1971 LP while the second record contains early demos not previously heard anywhere along with new recordings of songs that pre-dated even Fuchsia!

Listening to the first record is like getting on a time machine and traveling back to the early 70s, the British ones, the Canterbury scene, the early Vertigo years… “Gone With The Mouse” is a super amazing folk-rock tune with an acid feel flavored with an Irish old traditional veil. British folk battles with a progressive rock under a complex background on “A Tiny Book”, oh how I miss those sweet swirling Vertigo years… “Another Nail” and “Shoes And Ships” are 2 lovely folkie tunes with a progressive touch. “The Nothing Song” points out some serious superb prog-folk rock, leaving you with a wonder… What the hell went wrong back in 1971? Why aren’t they next to Jethro? Just listen to the marvelous “Me And My Kites”, remarkable and wondrous songwriting, unbelievable melody! “Just Anyone” stands there as the last track, flirting with late Beatles (Let It Be-era) and early 70s Floyd…

The 2nd LP contains 8 tracks. “Somnambulist” is a new recording of a very early song that moves into a more “acid-rock” vein than the normal “prog-folk”. Another new recording of a very early song is also the acoustic folkie “Rocks And Books”. Of course, the highlight here is Fuchsia’s 15min original long demo, taken from an acetate before their 1st LP, the only-known acetate attributed at the time to the “Tony Durrant Ensemble”, a magnificent glorious progressive art-rock suite that shows the great potentials this band had even from their very first beginning! 2 original demo tracks are also included here, “The Band” and the classical influenced “Ragtime Brahms”. Next, there’s an acoustic version of “Fuchsia Song” from Fuchsia II. Also, there is another version of “The Band”, a version by the band Me And My Kites with Tony Durrant on lead vocals which originally was released on a Fruits de Mer 7inch Single in 2014. The album closes with a demo version of the song “The Waves” from Fuchsia II. Of course, there’s more… Add in a 15 minute DVD in which Tony talks about the album and the intervening 40-odd years, add a fold-out poster of the stunning original cover and add a 24pp A4 magazine that includes a reprint of Richard Morton Jack’s superb 16pp Flashback mag feature on the band! Also Tony adds new sleeve-notes to a gatefold sleeve** in which he describes each of the bonus tracks! Need to ask more? This is the DEFINITE reissue of Fuchsia’s debut album! It shouldn’t be missing from any decent record collection!!! (TimeLord Michalis)

A few words from Tony, looking back…

“They say, good things come to those who wait… What a surprise back in about 2003, to hear that our little Fuchsia album had gone on to make a life of its own without me. Amazing! My thoughts now… standing on stage, mid-song, and drifting off… thinking, what am I doing here with this going on around me… those old songs, and new… and all these people digging it! How fortunate I am to have this beautiful thing, once abandoned, now returned to me. The music has obviously connected with quite a few people, which is everything. And with the 2013 follow up album so well received. I feel very proud that this perhaps unconventional music has actually formed some emotional bonds out there. It’s obviously struck a chord with quite a few people. It would have been hard to accept that your contribution to art of this genre stopped in 1971. But good fortune allows me to enthusiastically continue the journey. Thanks, everyone!”

**The new sleeve is designed by Dale Simpson

But it through Fruits de Mer Records (UK customers only):

But it through Heyday Mailorder (All Over The World): 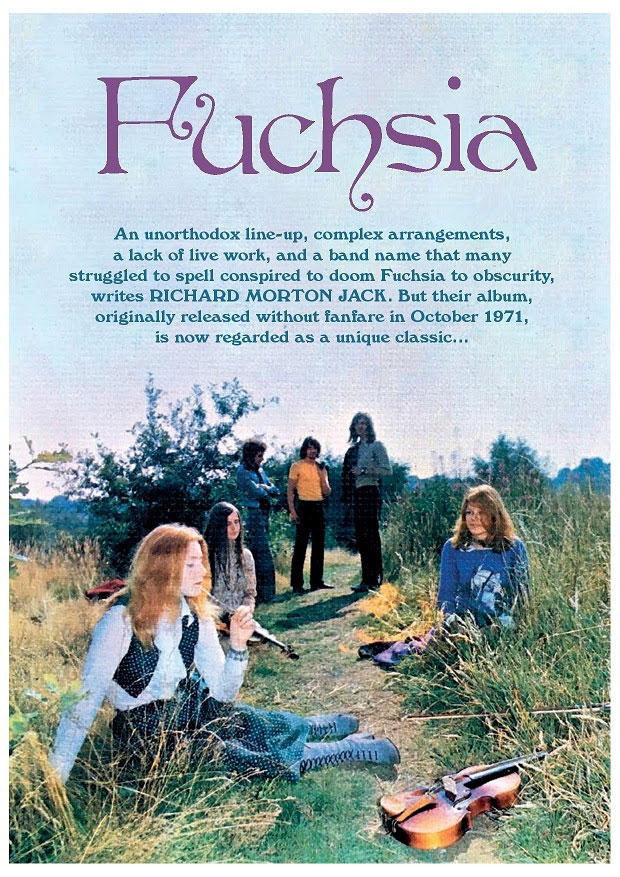