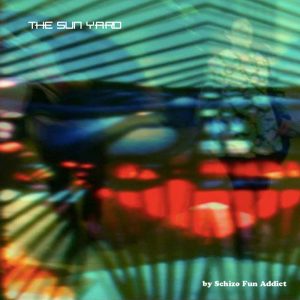 It was 2008 when I first came across simultaneously to The Schizos and to Fruits de Mer Records label. You see, the very first release of this label was a remarkable 7 inches vinyl by a strange act hailing from New Jersey, with the rather more strange name Schizo Fun Addict… Fast forward to 2013… “The Sun Yard” (their 4th studio album) was released free to the world in perpetuity by Schizo Fun Addict on Christmas morning 2013 via their Soundcloud page. Fast forward to 2018… The Schizos have been very kindly helping FdM Records celebrate the 10th birthday with exclusive pressings of “The Sun Yard” – club members who bought the first releases of 2018 received a free copy on turquoise vinyl and everyone who came to the birthday gig in Glastonbury also got a free copy, this time on red vinyl. Finally, Jet and Jayne from the band also hand-sprayed blank sleeves for a limited number of each version with glow-in-the-dark paint! And this is one of these that I’m holding in my hands right now, listening and keeping notes for this review. But, enough with the introduction, on to the music now!

“The Sun Yard” consists of 12 little beautiful but full of mystery extravaganzas clock-ticking from 2 to 4 ½ minutes. The album starts with “Awesome Lovin’”, it’s like a whirling psych beat from the future slaps you in the face! Male/female vocals under a trip-hop vein with futuristic spacey effected guitars and further sounds. “St. Andrews” reminds me of some of the coolest moments by The Lush (remember them?), dressed inside a psychotic shoegaze feeling, acting like a modern-aged Sioux! The lo-fi “Bizzard Of 77” follows, a balladesque cool tune that brings to mind the very first seconds of ART’s “Love Is Real” (or is it just my imagination? – though the track is a cover, originally by Nada Surf)… Lovely trumpet sounding, acid soul jazzy feeling, dreamy, juicy, mellow and relaxing, it’s like The Beautiful South met up with The Cardigans, and all these under the title “Dream Of The Portugal Keeper”. Side One closes with a track taken out of the early 80s Banshees’ period, “Who Will Be Gold” emerges a strong alt-indie feeling. Side Two opens with “Pterodactyl”, a track that is drenched far into My Bloody Valentine! The ‘weird’ but ‘excellent’ “Forest Park Bandshell Renegades” follows, it’s like “Blitzkrieg Bop” melts with The The under the influence of Echo & The Bunnymen! Mind Blowing! “The Gaze Point” is a heavy fuzzy mellow track full in alternativeness… This is how Deus would sound with a female singer, but wait a minute, is this punky space? We don’t need no water, let the motherfucker burn, burn motherfucker burn… “Her Famous Wish” could easily fit among the suggested songs for “Tommy” (!!!) “Strange Storm” indicates lots of ‘stormy’ sounding effects, is this an electrical space storm? This is not a normal song. Err, this is not a song at all! Neither, the next 55 sec! “Reverse The One” is played backward… Strange things are happening inside this record, I can tell! Album closes with the M-A-G-N-I-F-I-C-E-N-T “Jericho Son Down”, starts hypnotically, trippy, semi-acoustic, under a psych vein, double vocals, distorted vocals, a strange neo-space psychic tune with a tremendous addictive funky trumpet sound! Oh, how I loved that record! (TimeLord Michalis)

Format: LP, Vinyl, Album, No Catalog number, Red Vinyl, Limited Edition, 2018 release (Note: A gift from Schizo Fun Addict commemorating the 10th Anniversary of Fruits De Mer Records. The album is ltd to ca. 150 only and was a freebie for any visitor of the 10th Anniversary Festival in Glastonbury May 2018)

Format: CD, Album, 2013 release (Note: THE SUN YARD was released free to the world in perpetuity by Schizo Fun Addict on Christmas morning 2013 via Soundcloud. The CD release is a limited edition exclusively released by Fruits De Mer Records at Crabstock April 2014)

Listen to the Album through band’s Soundcloud page: 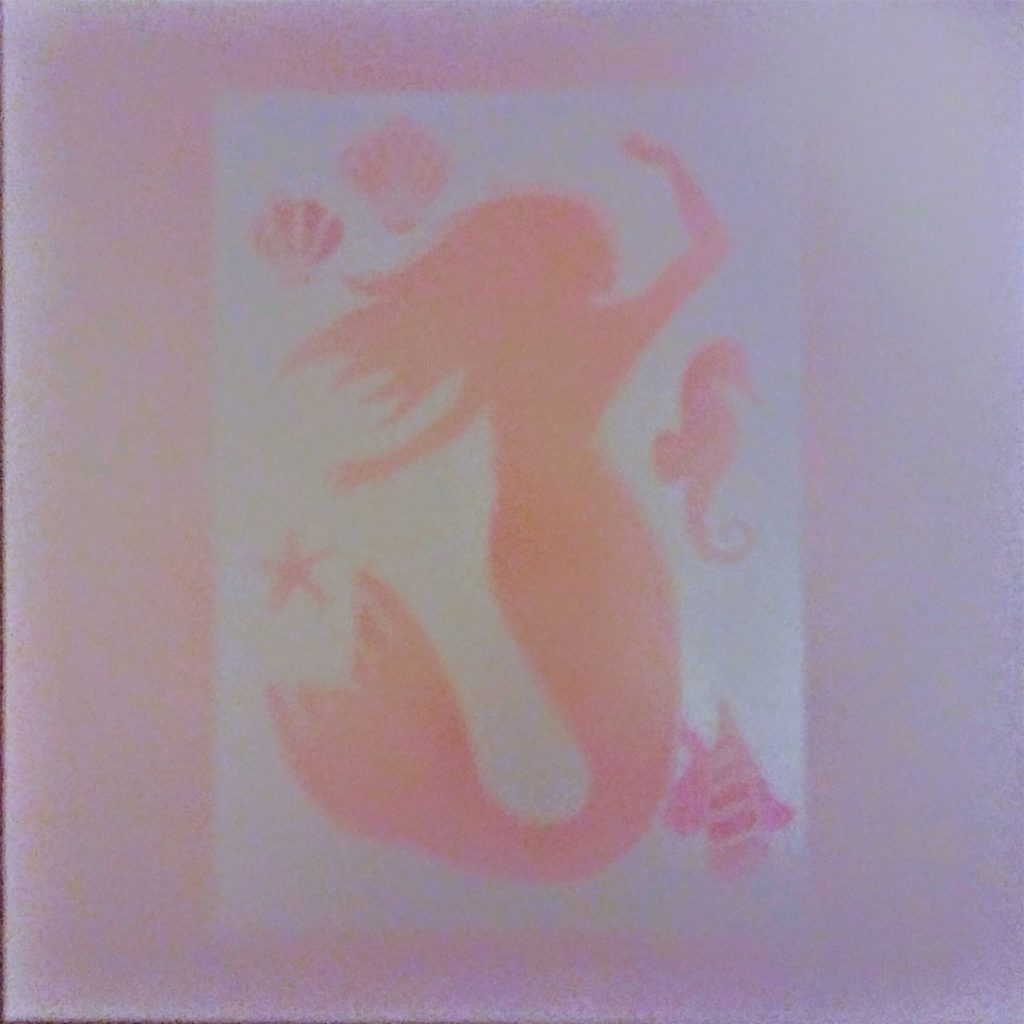 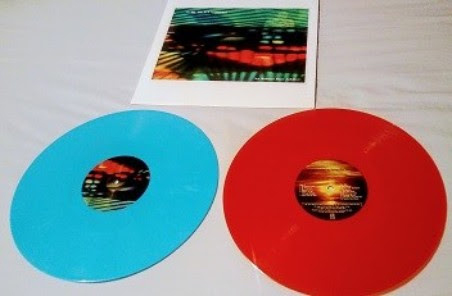