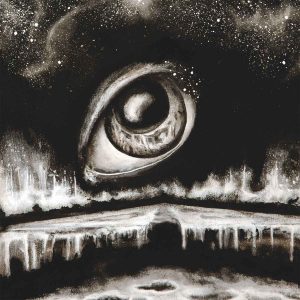 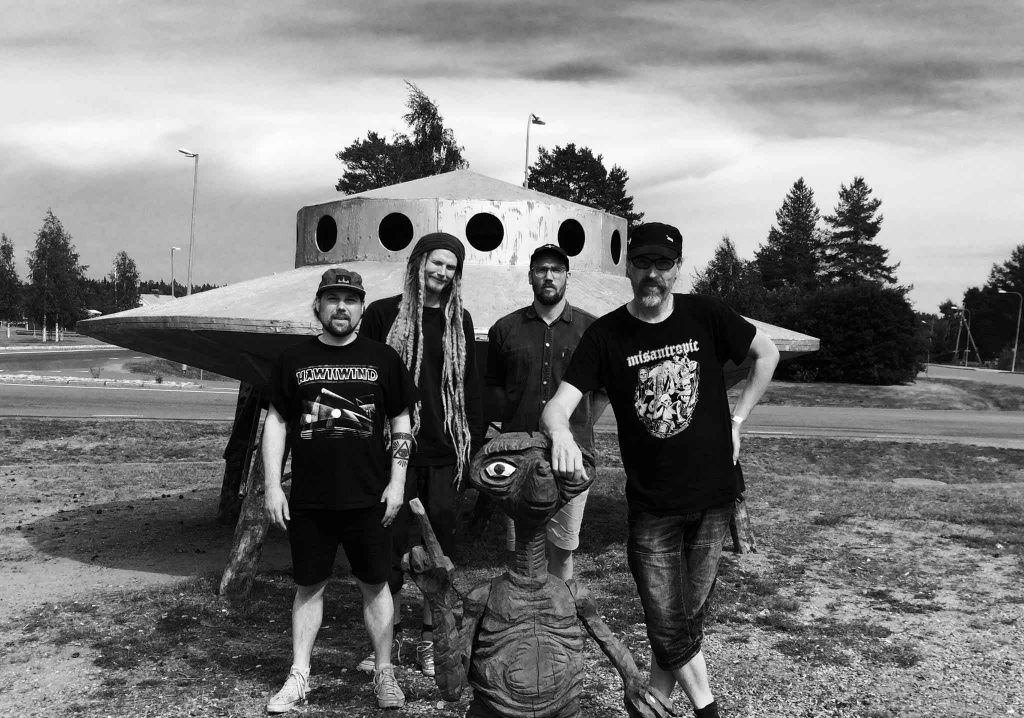 Ufo Over Lappland is a newly formed collective band hailing from Lappland, Umeå (SWEDEN) and this is their debut album released via Sulatron Records. 3 of the songs/compositions here were originally released as a cassette in June 2016. The LP contains one more track 4 in total) while the CD version contains 5! Improvised space-rock long jams with a motorized freak out feel. The album starts with the spacey warm-up improvisational jam “Keep On Keeping On Space Truckin”, a 12min track, with a groovy beat, deeply Kraut influenced, SPACE (with capitals) music with sharp guitars and spacey effects. “JaEDeJaE” moves into the same Space-Rock motive but the sharp guitar-sound is even sharper over here making it a space-acid-rock tune! “Podzol” with the weird spacey effected intro and the tribal steady drum-beat, is a Tangerine Dream influenced track (Phaedra period) with an intoxicating minimalistic beat and shimmering guitars, exploding towards its end throwing space-acid all over! The next one “Nothing That Lives Has… Such Eyes!” is Hawkwind inspired – at least at the beginning – a continuous space-rock energy flows, it’s like jamming in Space watching Earth from above, the track indicates a glorious space guitar riffing, a rather powerful tune with another little but heavy explosion towards its end. The CD Bonus track is called “Lemmy On The Beach” and it is obviously Hawkwind-Lemmy-period influenced. Sharp, hot, acid, full of energy with Lemmy’s dirty sound all over! Probably, it could light up the other side of the moon, the dark one! Well, one thing is pretty certain; the band is watching UFOs over Lappland but not from the Earth side, from some Spacecraft which is in orbit around the Moon! Space is the Place! (TimeLord Michalis)

Check the Album through their Bandcamp:

Buy the Album through Sulatron Records: