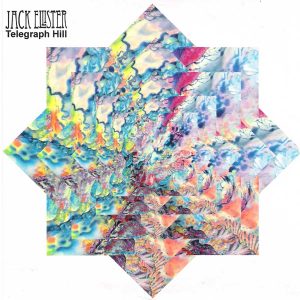 “Telegraph Hill” was released a few months ago (May 2018) as a special edition of 100 Green CDr’s in tin round boxes for the Fruits de Mer 10 year anniversary show in Glastonbury. So, it was just a matter of time for this psych-acoustic-folk set of songs to be released on vinyl format and Spanish lovely label You Are The Cosmos is releasing it as a vinyl! The CD version had 9 tracks, so the LP version here, but there’s a significant variation. The 8th track “Lothringer Congregation” of the CD is missing and the track “Condors” took its place as the last song on B side (B4). You can read the review of the CD version HERE and as far as it concerns the new track “Condors”, Oh God! Simply, just these 7 minutes and 22 seconds could be the reason to “obtain” the vinyl! Amazing trippy mind-blowing psychedelia drenched with Jake Holmes’ acid-folkie style, an instrumental tune with acoustic guitar and a characteristic wondrous sound (coming from a synthesizer tuned on some deeply prog-keys or from that wind instrument “didgeridoo” that Jack uses all over the album?)… Listening to that fancied melody of “Condors” with its late 70s Floyd touch, I got myself singing upon this instrumental tune, “… all we are saying it’s give peace a chance…”, really bizarre…  “Telegraph Hill” is an esoteric addictive Acid Folkie “Musical Creature” by a most-promising talented man and you’re advised to memorize his name, for the nearby future, it’s Jack Ellister! (TimeLord Michalis)

Label: You Are The Cosmos

Get The Album via You Are The Cosmos: 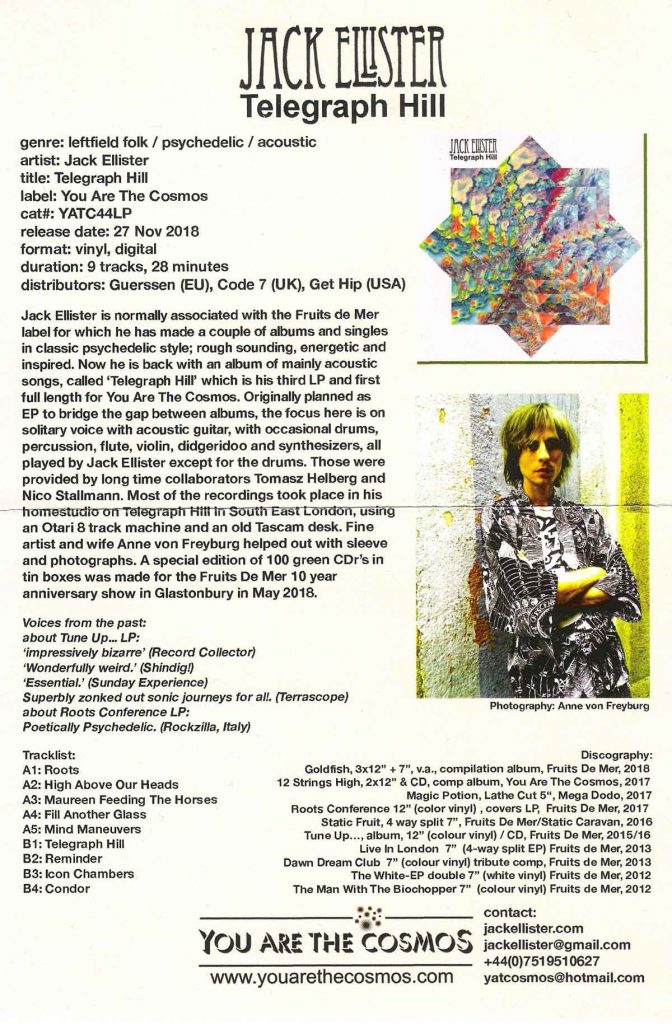 You Are The Cosmos info-sheet 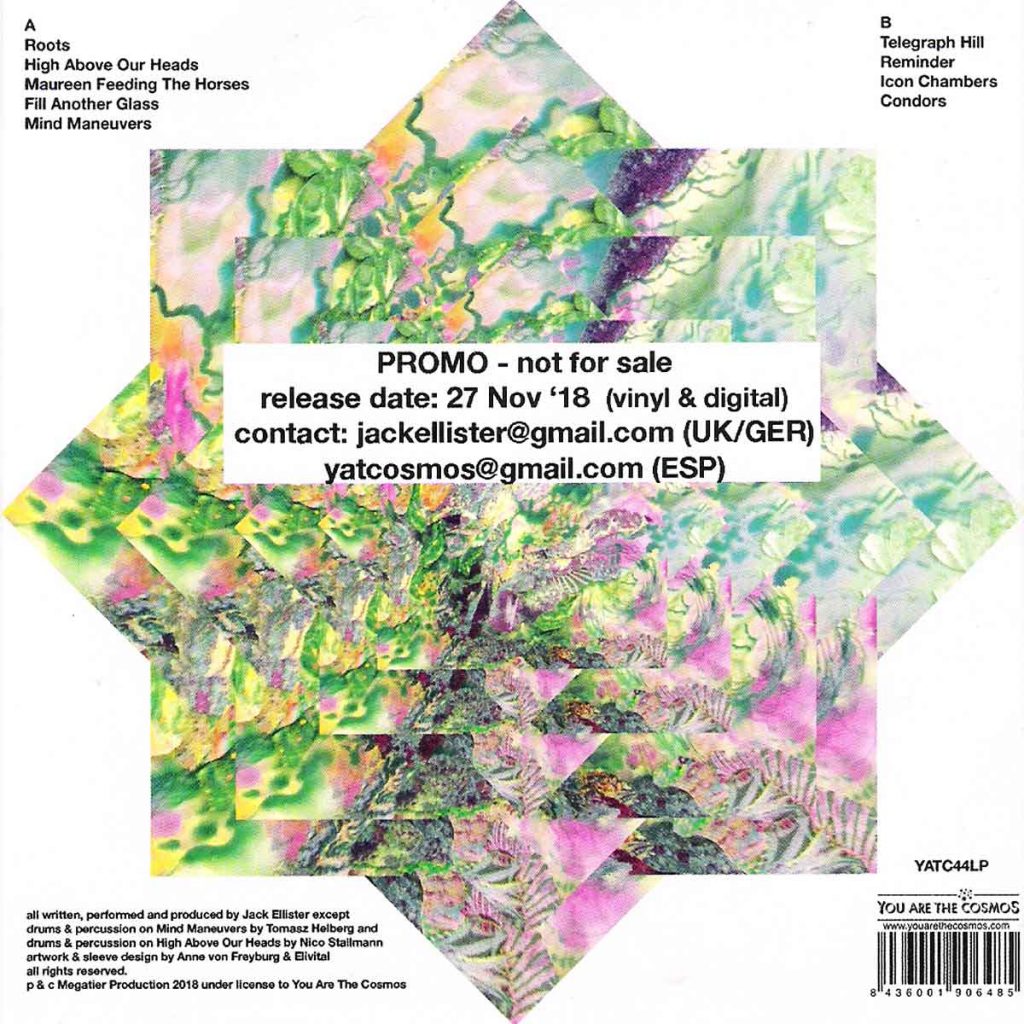 Back Cover of the Promo CDR