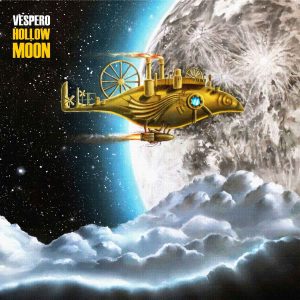 Vespero was formed back in 2003 in South Russia (Astrakhan) and since then they have many releases, CDRs, LP albums, Live recordings, Split Albums, 7 inch singles. They are one of the Best contemporary Space Rock bands in Europe (not only in Russia) and the remarkable thing here is that their music varies from one album to another! Maybe because there’s a big range of influences that are trying to emulate but always adding their personal aspect! Well, “Hollow Moon” is another instrumental album that before you start listening you must have in mind this little info. It will certainly help you to not only join the trip but also to participate!

The album consists of 10 instrumental pieces of Neo-Space-Rock with various influences ranging from Kraut to Progressive to Ethnic even to Ambient! It takes off with the cold spacey ambient intro “Watching The Moon Rise” (3:38) and continues with a fast tune with powerful drumming entitled “Flight Of Lieutenant” (8:30), new age space music with a progressive touch, experimental guitar sound with the necessary short ‘passage’ from the old-school Canterbury style Prog-Rock with various fluctuations and millions of underwater bubbles. The next one, “Sublunarian” (7:58), has – at the beginning – a strong feeling of some early 70s British Folk-Prog vibes (Comus comes in mind), acoustic instrumentation while the marvelous Sax sound adds a Soft Machine parameter to this incredible musical Epos, so delightful! “Mare Ingenii” (3:21) is a little piece of relaxing music that acts like an interlude just before the atmosphere becomes creepy with “Feast Of Selenites” (11:05), a real Krauty tune – Gong inspired – till a huge wave of heavy guitars transform it into an adventurous Prog-Rock track with a kind of modernized sound, and it’s quite amazing how easily they can pass from Prog to Space in just a few seconds during the song without losing that glorious feeling that dominates your body and soul! Another short spacey interlude “Watershed Point” (2:03) before we knock on Comus’ door once more with “Tardigrada’s Milk” (7:14), the acoustic instruments are giving a warm and earthly approach to the music. The LP version ends with “Watching The Earth Rise” (3:26), from the cold intro of the start, there’s a warm outro at the end! The CD version contains 2 more tracks, as bonuses. “Moon – Travants” (8:41) with its pure “Virgin” 70s classic Progressive Space Rock sounding that shows a tight band with excellent musicianship. The other bonus track is “Space Clippers Wreckage” (8:41), pure concise Prog perfectly performed that becomes extremely heavy at times, with a spacey krauty experimentation in the middle. So, in conclusion, “Hollow Moon” exists! And it’s an album by Russia’s finest act, Vespero! An album that guarantees a unique listening experience! (TimeLord Michalis)

Check the Album through Vespero’s Bandcamp: 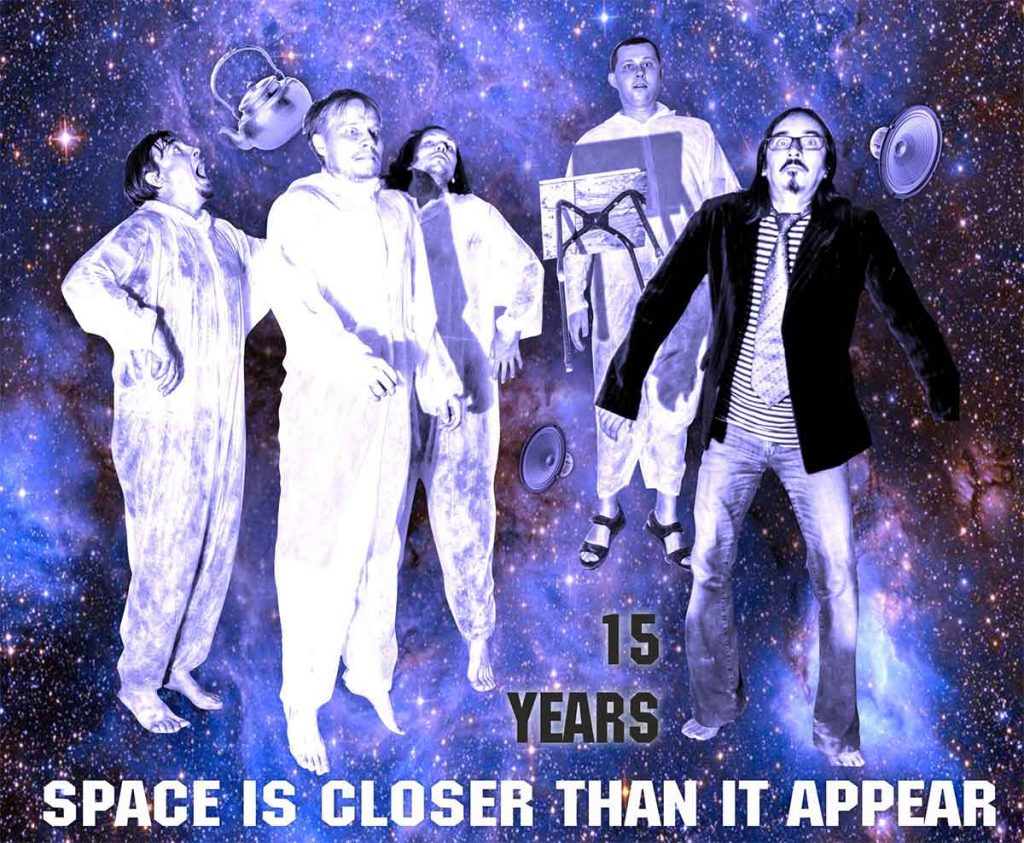