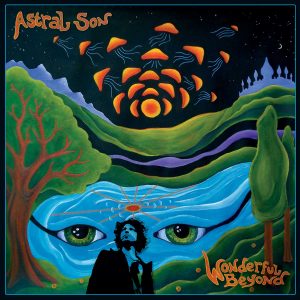 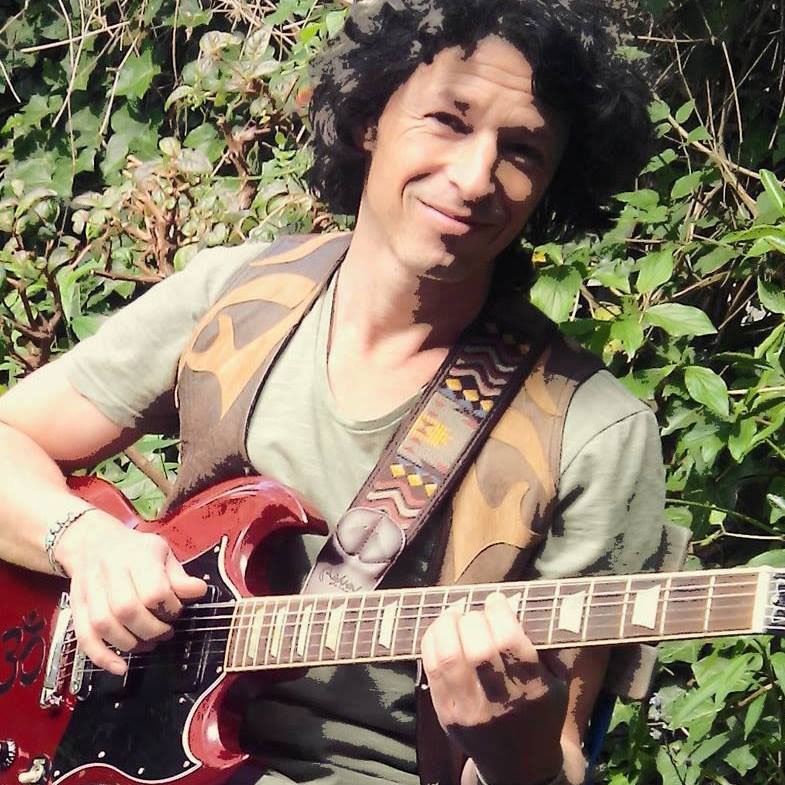 Heading from Groningen, Holland, Leonardo Soundweaver is a talented instrumentalist – among other occupations – and since 2003 he is releasing his own Retro-Futuristic, Organic Electronic and Psychedelic Music through numerous side projects. Astral Son is one of these! Having released a fantastic Trilogy – Gurumaya/2014, Silver Moon/2016, Mind’s Eye/2016 – Leonardo spent the whole 2017 in creating, recording, composing, tripping and collecting experiences – normal and astral ones! So, out of all these came his 4th album, the follow up to his Trilogy, entitled “Wonderful Beyond”. When trying to describe it musically, I think of a huge forest with a few paths that somehow magically lead to the same glade deep inside the woods. In this parallelism the “paths” are Space Rock, Acid Folk, Early 70s Progressive, Mid 70s Electronic Rock and the “glade” is the musical genre inside the album! A wonderful ‘Bastard’ space-rock idiom! Well, the LP version consists of 11 tracks and the CD one of 12. The album takes off with “She”, everything starts under a heavy n’ spacey distorted-somehow scenery, lots of spacey effects and a blistering remarkable guitar sound (and solo) but as the song develops, the atmos become more and more psychic without losing its unique complexity! The track blends with the next one, “Matrix Of Creation”, the motive becomes incredibly Cosmic, kind of intergalactic strange atmos, like if The Fab Four during their “Revolver” days decided to experiment and take a ‘space-rock route’! The Space nightingales, the acoustic instrumentation and the heady vocals of “Time And Space” are creating a cerebral psych soundscape, it’s like a Space Shaman offers a Space Litany, in a faraway another universe. Well, the exact specific location where Time and Space are melting has finally been discovered! The same spacey atmosphere continues on “Your Mind”, but it seems that someone sprayed the whole Space (inner and outer) with Acid! The track shows a tremendous psychedelic complexity that floods your inner world with Universal Love! If someone notices carefully the lyrics of “Moving Slowly” he may find an autobiographical point of view inside this song. Macrocosm and Microcosm beautifully collide and a New Universe is emerging under a weird brainiac mysteriously focused musical environment! Next one is “The Universe” that simply tries to answer the all-time-question of “Who Am I”? This is Modern-Age Spacey Psychedelia to Blow Your Mind! Acidly drenched psych music capable to ‘excite’ or ‘irritate’ even the more distant cells of your brain! “Cheap Magic Spells” with its calmly start and the psychic semi-acoustic vein, progressively becomes an interesting neo-space-psych tune. Just imagine a kind of laid-back Hawkwind high-on-acid, jamming somewhere in another galaxy without electric power but getting energy directly from the Suns! Another wonderful electric-less instrumentation goes on “Nothing New”, with backward sounding effects while acoustic & electric instruments are blending together creating a trippy inviting lively soundscape. “The Well” is electrifying space-rock with a more earthly approach and an optimal guitar solo! “Journey” simply states that ‘Space is the only Place to be’! A boundless spacious Trip is in full progress! Under a psychic vein, trippy & creepy atmos, a snarly tune that perfectly blends with “Morning Dew”, Space is Infinite but Earth is wonderfully unique, the Astral Journey ends with the listener gazing the morning dew under an acoustic space-rock sounding. The CD bonus track is called “Quiet Love” and it’s a spacey acoustic song. So, this is an album that successfully manages to safely travel the listener beyond beyond! And hence the title, it’s Wonderful Beyond! A cerebral album, deeply complicated with a sophisticated space-attitude and I highly recommend for the 10 first hearings (at least) to use your headphones! It certainly will help you to understand what’s going on inside “Wonderful Beyond”, inside this Psychedelicious Intoxicated Dream-Like Supra-delic Topnotch Space-Rock flavored Colorful piece of Musical Art! (TimeLord Michalis)

Get the Vinyl version from Shiny Beast (Headspin Records):

Get the CD version from Sulatron Records: