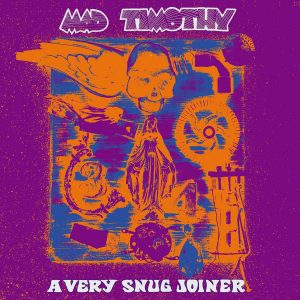 What a wonderful surprise and what a fine example of the endless 60s! In this Digital times, you know how rare is to find an album from back then which hasn’t been documented or discovered yet! This is a first EVER release for this previously UNKNOWN late 60s-early 70s acetate by a band called Mad Timothy! In words of Steve Krakow (of Plastic Crimewave / Galactic Zoo): “A friend of mine found this no-jacket LP at a thrift shop in Chicago, and there is ZERO information on them – no one knows anything and I’ve spoken to many collectors. Very cool sludgy Blue Cheer/Majic Ship/Mount Rushmore kind of vibe with a few folkier tracks, it’s all pretty charmingly primitive, I think people would want to hear this!”
Though the efforts of these wonderful people at Out-Sider / Guerssen to track down the band were fruitless, they thought that this rarity deserved to be shared with the world, so in collaboration with Steve’s Galactic Archive imprint, are doing a vinyl edition of the Mad Timothy demo album, hoping that any of the band members will see it and contact the label! The audio has been lovingly restored for full thudding blastage, with new artwork by underground sculptor Robert Buchholz and Plastic Crimewave (Galactic Zoo Dossier). There’s also a free digital download coupon included…

The first track is called “Strong Enough” and it reminds me of a raw unpolished Hendrix-ised version of Cream while the piano in the middle section adds a wondrous experimental jazzy feel to the song. “Drain Pipe” dives into the heavy bluesy side of Blue Cheer (Yes! Of course, there is one!) As the singer “speaks” the lyrics of “Masters Of War” the track is slowly unfolding trying for a climax that never comes which is really thrilling, a great cover of Dylan’s classic! “Find My Place” is a rhythmic bluesy tune with a tremendous Doors-like organ sound and a killer harmonica. Side “A” closes with the experimental “Snug Joiner”, with its jazzy psychotic atmosphere it could be easily fitted inside the soundtrack of a hypothetical Ken Kesey “Acid Test Gathering”! Side “B” opens with “Running”, another Blue Cheer-ish tune that flirts with acid-blues and reveals a Canned Heat wilderness! “J.P.” is a guitar-based Blues-Psych tune while “You Will Die If You Go Away” is a fine blend of Top Drawer with Majic Ship and a pinch of Mystic Siva! The album closes with an 8min druggy hazy slow torturous and dark version of the classic standard “King Bee”. So, the album is strongly RECOMMENDED and my only wish is someday any of the members to communicate with the label so he can reveal the story of this exciting UNKNOWN band of the 60s! To be continued… (TimeLord Michalis)

Check it via Guerssen’s Bandcamp:

Buy it directly through Guerssen Records: 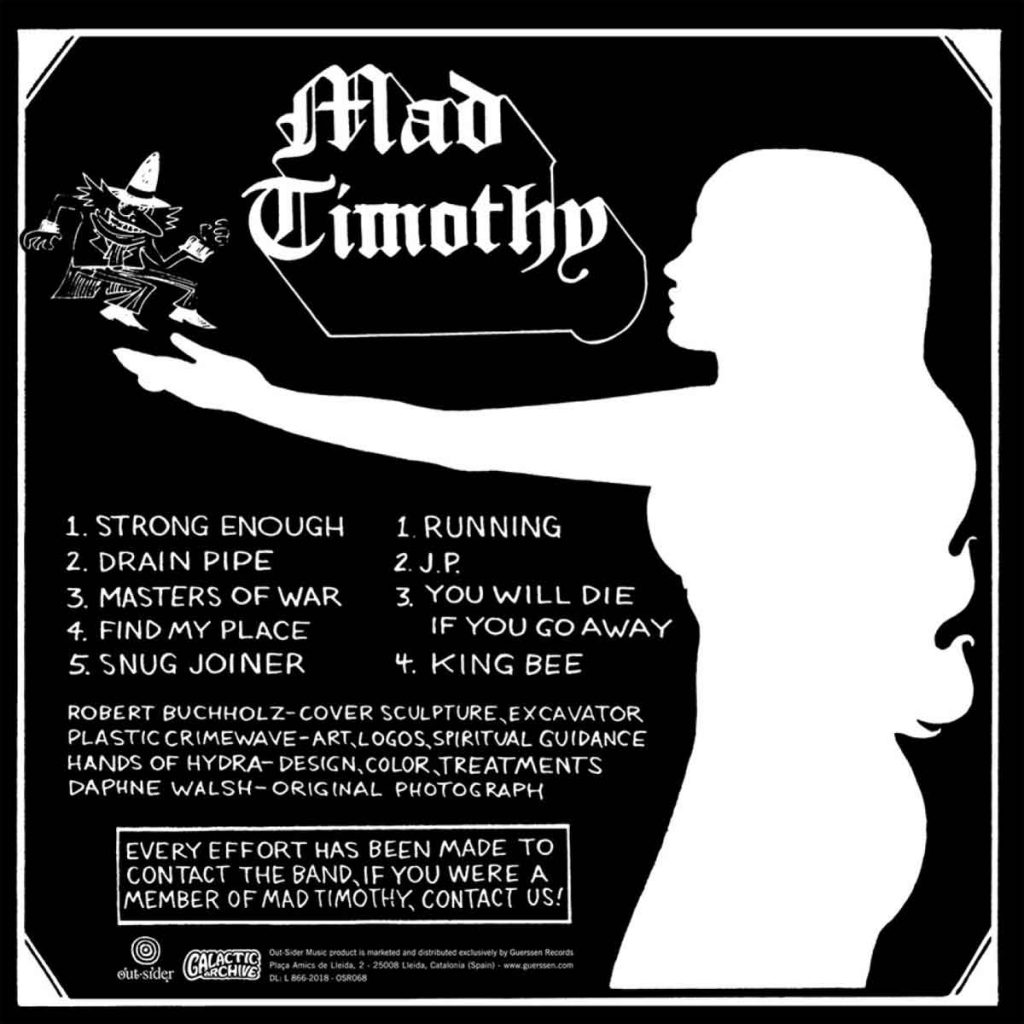