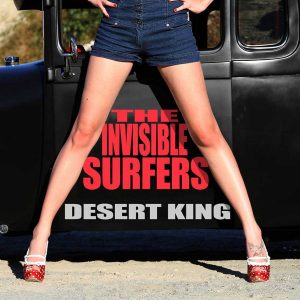 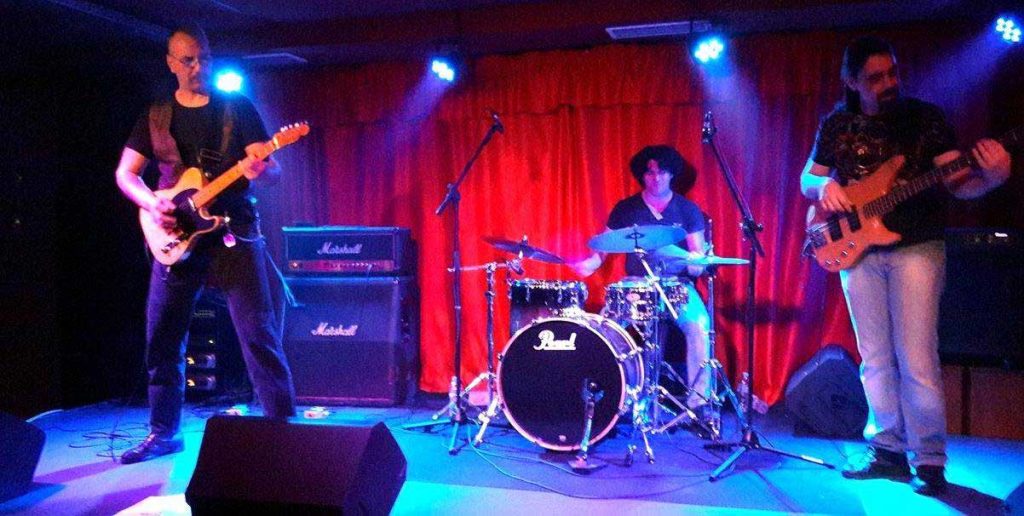 So… This is Greece… Islands… Sun… Beaches… Surfing… And what is the ingredient that can tie all these? Surf Music! Yes, we do have Surf music here in Greece (there are quite a few bands that are growing like mushrooms – though I do not think that there’s a “scene” yet) and the main representative band – releasing records from the distant 1997 and on – are The Invisible Surfers! Irrefutably, the Greek KINGS of surf music that formed in 1996 by Alex Berekos, right after the breakup of the Greek Rockabilly band The Blue Jeans. Their first 7 inch single “It Won’t Last Forever / Surfin Lake / Godzilla Attacks” was released through Bad Elvis Records in 1997. The promo CD-Single “Trippin’ Out Of You” and their debut album “Dogs Killa Cat” (CD) were released in 2002 by Hitch-Hyke Records. In 2005 they released the split CD album (with Los Kahunas) “Waves Of Reverb, Sea Of Fuzz Vol. 1” through No Fun Records. “Bad Breaks” was released in 2009 on LP by Productions Impossible Records and on CD by Go-Kustom re-titled as “’Till That Day”. Another split CD album with 2 other bands (The Twang-O-Matics and El Pincho) entitled “Deep Eddy Three – Way Vol.1” came in 2013 by Deep Eddy Records. In 2015, they released the CD album “Straight From Hell” through Go-Kustom label… (they also have many contributions on various CD compilations, the Single “Lost At Sea” in Fuzz’n’Surf Records and a participation in the movie Hot Rod girls Save The World… and I hope I’m not forgetting anything else…) So, in 2018, the powerful guitar riffs of Alex Berekos that drive the surf and R’n’R scene for more than 30 years along with Dimitris Kolligris on bass and Alex Georgopoulos on drums, are releasing a brand new album called “Desert King” on CD format through Lost In Tyme Records. The album consists of 11 instros, finely blending Surf, Punk, Rockabilly and a few elements of Greek traditional music! The album takes off with the rhythmic and fast surf-a-billy hotty “Keep The Engine Running”. The intro of “Fire In The Hole” is taken out of a ”teke” (opium den) from the early 30s but right away it transforms into a killer surf tune. “Nice Try” and “Lonewolf” are 2 awesome ‘hot-rods’ while “Mucho Perico” is a surf-ish Rock n’ Roller with a crazy rhythm. Dick Dale would really dug “The Devil Herself” and the band moves into a more traditional way of Rock n’ Roll with “Nothing But The Truth” and “Limitless Love”, reminding the period before Surf music invades the world. “No Comprendo Nada” is a not so fast tune while “Just Shake It” is a Shake-a-Delic foot stomper! Album closes with the self-titled “Desert King”, a crazy surf-ish instro perfectly blending the Greek music of Mimis Plessas, Vasilis Tsitsanis, Manolis Chiotis, Rebetiko… In conclusion and in my opinion, what makes this release really GOOD is that the band is not strict to the surf limits, The Invisible Surfers are making ‘out-of-limits’ music that makes them Unique and Unpredictable! (TimeLord Michalis)

Grab it by sending a message to Peris Mihos (LostInTyme Records):