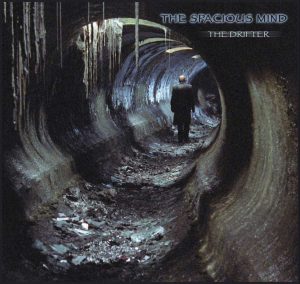 The Spacious Mind were formed back in the distant 1991 in Sweden and they introduced to us with their debut in the discography, the exquisite “Cosmic Minds At Play” released in 1993 through Garageland Records. Since then, they have released numerous CDs and CDRs and LPs, enough to establish them as one of the most important and leading Space-Psychedelic Rock Bands coming from Northern Europe! “The Drifter” is a collection of rare, live and unreleased tracks which was completed, edited and carefully re-mastered at Trail Records studio, in one conceptual album! (Trail Records, based in New York, is an exclusive Source of World Psychedelic Music, with a purpose to unite the most talented musicians and artists from all around the world to produce limited collectors edition CD albums).

“The Drifter” contains 6 tracks (4 studio and 2 live ones) in a total of 62:49 min! It takes off with the self-titled “The Drifter” (14:47), a mystical spacey intro sets the scene with a kind of a let-loose drumming and an experimental-ish touch, slowly transforms into a neo-space-rock tune with lots of spacey effects while the electric guitar adds a groovy n’ progressive feel to the composition but for the last 7 minutes the scenery drastically changes… I get the feeling that I’m in Floyd’s Pompeii… Even the lyrics are Floyd-ish… Superb and really trippy atmosphere till the end of the track. “Euphoria, Euphoria” (13:53) is a mellow relaxing space-prog tune, the music is peacefully floating, travelling the listener to more “heavenly” places. The tune is also flirting with ambient-like soundscapes, dreamy, with a small dose of improvisation, ending with enormous amounts of electric guitar sounds! The autobiographical “The Players In The Band” (8:32) has a rather eerie start, though the song is unfolding into a ‘normal’ one, kind of a ballad tune. “Floatin’ Down The River Whistlin’ On A Tune” (6:59) is a trippy n’ dreamy space-rock tune while the band adds its own unique kind of improvised style. “The Drifter (Live)” (9:21) is just a reminder (or proof to some others) of how easily smooth and soft the band can transport the spacey atmosphere of a cozy recording studio, outside, to an audience, to a gig, and believe me not many can do that! The album closes with “Spirit Roots (Live)” (9:17), under an early 70s Floyd background, random images and places from Zabriskie Point comes to mind, this is a cool tripping lively euphoric tune! Definitely, this release will satisfy you, will raise your interest in The Spacious Mind and make you start “collecting” all of the band’s previous albums! (TimeLord Michalis)

Check, Listen and Buy “The Drifter” through Trail Records’ Bandcamp: