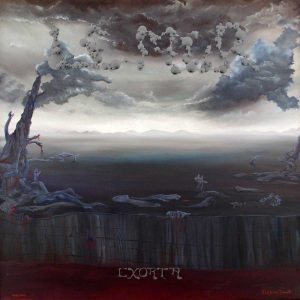 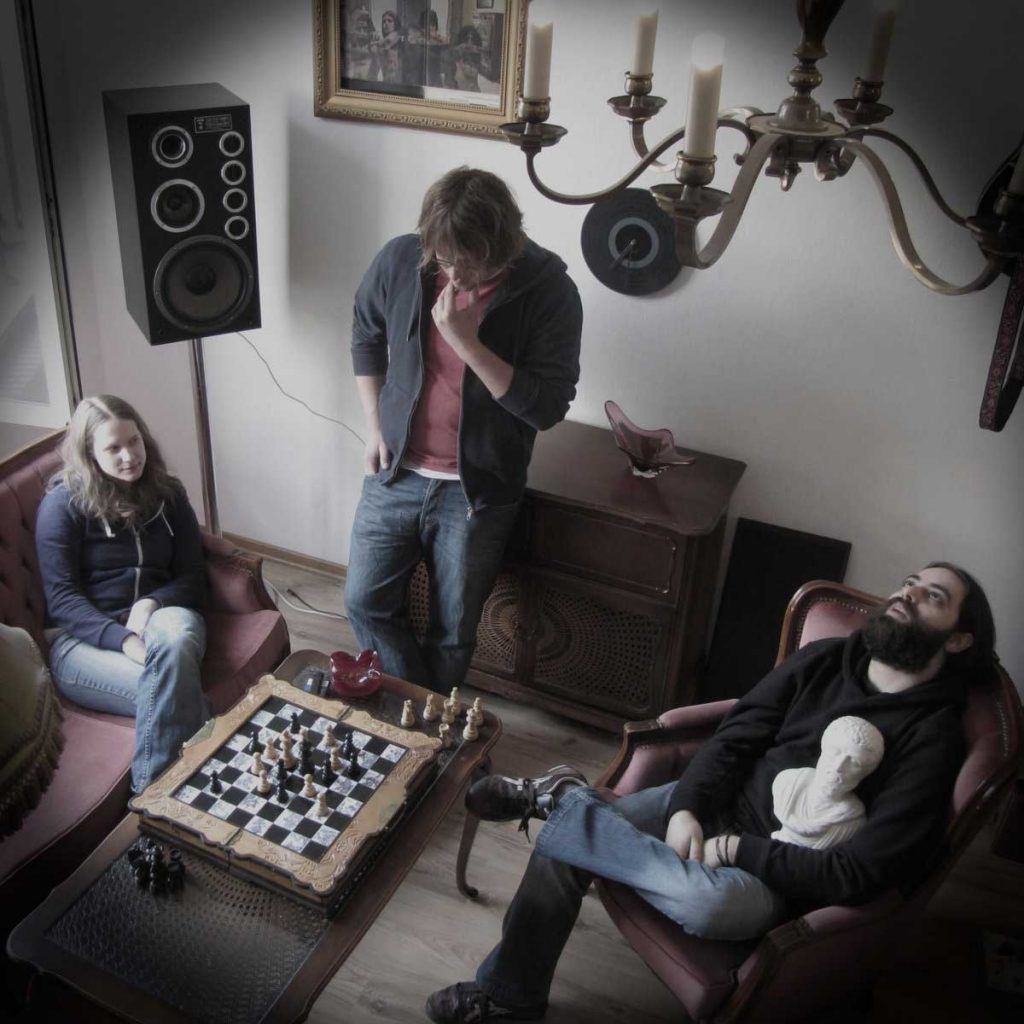 Le Mur is a trio hailing from Bochum, Germany, having released two LPs, “Silentia Nova” in 2013 and “In Tenebris” in 2014 both in Tribal Stomp label. Clostridium Records is releasing “Exorta”, their 3rd album, only in vinyl format, being the 3rd part of a trilogy. Though the tracks do not follow a chronological order! For instance, the track “Die Nacht der Lemuren (Teil I)” is included on “Exorta” while “Die Nacht der Lemuren (Teil III)” is included on their 2nd album “In Tenebris” and (guess what) “Die Nacht der Lemuren (Teil II)” is included on their debut “Silentia Nova”… Hmmm… Pretty Strange… Maybe they have a reason for not including “Teil I” in the first album, “Teil II” in the second and “Teil III” in the third… Anyway, the trio consists of Matthias Gräf (guitar, vocals, organ, keyboards, saxophone & sound effects), Janine Ficklscherer (bass guitar, synthesizer & sound effects) and Georgios Dosis (drums & percussion) (and he is probably a Greek guy!). They are experimenting with music, with sounds, drawing their influences from a wide range of musical styles and genres and maybe this is the reason why someone cannot set Le Mur into a specific genre! And believe me, this is really fascinating! The album starts acoustically in a serene peaceful way with “O.M.E.N. – Towards The End”, a track soon to change form with the majestic electric guitar’s entrance while the drumming is giving a progressive breath. “Die Nacht der Lemuren (Teil I)” starts in a steep, staccato and real sharp way, Matthias is ‘spitting’ the words with anger, under a heavy-prog soundscape, but after the first 2 minutes, the band dives into a glorious magical and full of mystery dark-psychic atmosphere with an intense feeling of experimentation while the saxophone (or maybe clarinet) gives a feel of a post-Canterbury Gong tune, progressively becoming a modern Art-Prog-Rock tune but with a strong Jazz-Rock feeling! AMAZING song! “(Intro) – The Broken Pieces Of…” it’s a weird track, starting like a strange litany with narrative style sooner to be transformed into a folkie tune emerging a mysteriously gothic feeling! Love it! “Our Doom” is a heavy, electronically doomy, torturously slow song with an insanely distorted gothic attitude that I will dare to call it ‘Dark-Heavy-Art-Prog’! “These Symptoms Are Temporary” starts in a frenzy improvised-guitar way, with the guitar sound being so sharp that it gets away from the prog-sound and dangerously flirts with something else. And all these are happening under a dark-post-rock vein, it’s like jamming but not free or improvised! It’s experimental without being experimental! Wow! The trippy “Exorta” follows, creepy atmos that become dreamy-like under a violin sounding gothic environment, Neo-Prog is coming to a new age! The album closes with “O.M.E.N. – Arisen” a song influenced by the very dark moments of the “666” LP, mixing with the most experimental side of Godspeed You Black Emperor! I want more… I’m lusting for more… What about a ‘Tetralogy’? (TimeLord Michalis)

Listen through their Bandcamp: