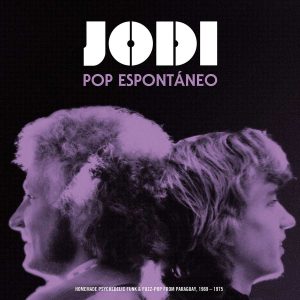 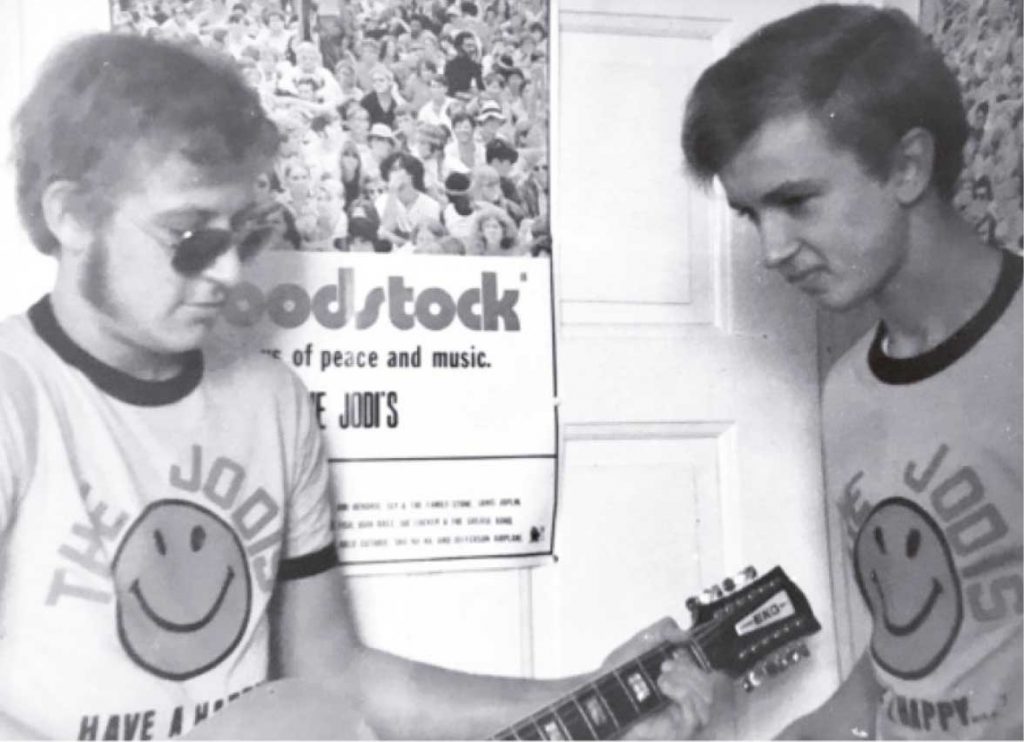 The story goes something like this: In 2016, the label Out-Sider Music unearthed and reissued the first Jodi album, “Pops de Vanguardia”, which is probably the first DIY lo-fi garage / psychedelic album from South America, originally released in 1971. Now, the label presents an incredible collection of unreleased recordings which were hidden in Joern Wenger’s basement for several decades. The press release reads: “Psychedelic garage, proto-power pop and psych-funk from Paraguay, 1969-1975! “Pop Espontαneo” includes a selection of previously unreleased recordings by Joern and Dirk Wenger’s duo JODI, registered at their state-of the-art 8-track home studio in Asunciσn, Paraguay. Living in their own isolated world and free from any commercial pressure, Joern Wenger, a kind of Paraguayan Brian Wilson or R. Stevie Moore, created a particular, ahead of its time sound, using electric guitars, fuzz boxes, Moog, Mellotron, Clavinet, Farfisa”…

The album contains 16 tracks (plus 3 more Bonus Tracks only available as digital download) taken from the original master tapes! It takes off with “Loveseller” recorded in 1973, a poppy tune, extremely fuzzy, it’s like early Zeppelin meets late Beatles! “Altered Termites In My Room” is a danceable acid-funky with a groovy afro-beat while “Change Your Mind About Me” has an intense Soulish erotic feeling reminding Santana in the early 70s. The disco-funk upbeat “Wanna Change This World” follows while “Night Dreamer” flirts in a charming funky way with Rumba! Funk-Rock through “Save My Soul” and a fuzzy version of Sly And The Family Stone through “Take Me Higher”! “Instrumental Nocturno” is an electrified instrumental ballad while the Magnificent “A Sunburst of Bees”, organ-driven mod freakbeat madness recorded in 1968 and 1969! Pop-Soul drenched with some exceptional guitar work through 1974’s “Where Are All My Friends” while the next 3 songs “I Will Wait For You”, “The Mom Kiss First” and “I Find You In The Night” are finest examples of Basement Jangle Pop deeply influenced by the Revolver period of The Beatles. “I Loved You Once” is raw psychedelia from 1970 that flirts with the softer side of Hendrix while “Tell Me Why” is another cool Beatle-esque song! “Six Feet Over The Rainbow” is a cool afro-brazilian poppy gem. “Hard To Be Alone” is a 1969 moody-garage tune, a little Procol Harum-like. Mid 70s synth-rock through “Searching For A Figure” while the album closes with “Toys”, a 70s-Doors-like tune with a large pinch of late 60s Kinks! Many styles are covered here. Many great musical ideas that can only make you imagine how many more “hidden” or “undiscovered” music is waiting somewhere out there… Well Done Out-Sider! (TimeLord Michalis)

(The album is distributed through Guerssen Records and it includes insert with rare photos and detailed liner notes by Eduardo A. Elizalde Pietruczyk a.k.a. Bubbling Minds)

Get it through Guerssen Records here: