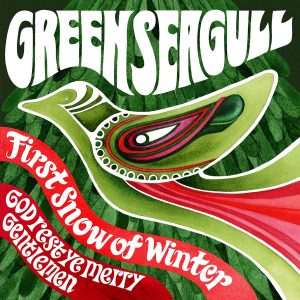 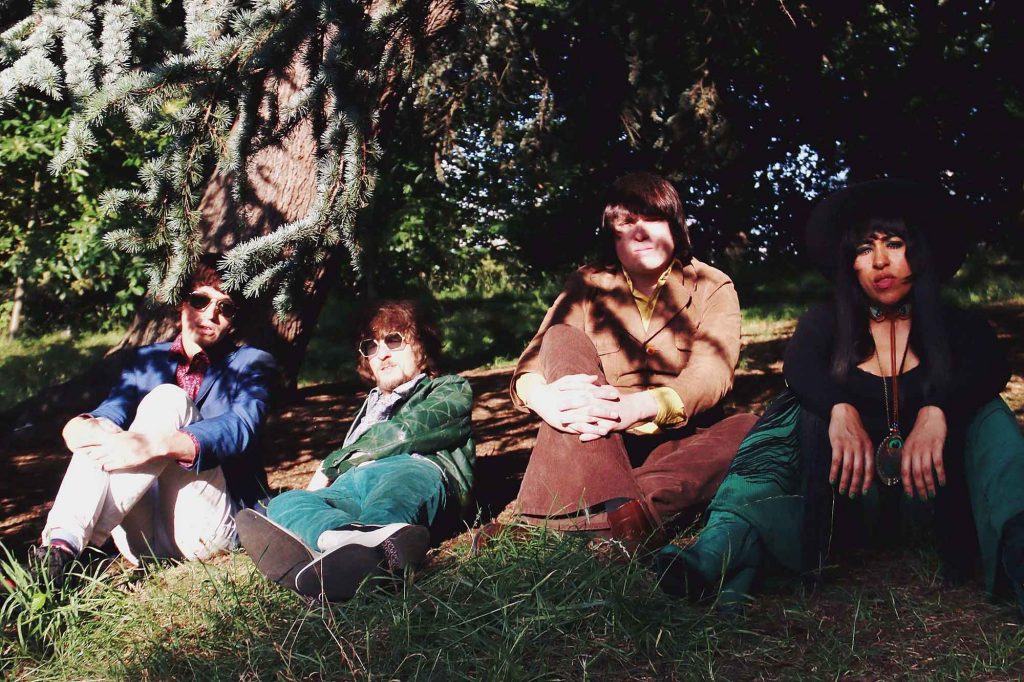 Green Seagull, part of London’s burgeoning neo-psych scene, started in 2016, when Paul Nelson (New Electric Ride) and Paul Milne (Hidden Masters, Magnetic Mind), who both share a love for late-60s baroque psychedelia and 12-string jangling guitars, started to write songs together. Soon joined by Sarah Gonputh on keyboards and Elian Dalmasso on drums, the four started rehearsing, taking their name from a mis-heard Rolling Stones lyric. After recording a 4-track demo, the band signed a deal with Mega Dodo Records, and after two well-received singles for the label, Green Seagull released their debut album “Scarlet Fever” earlier this year, which by the way adorn the list with my personal TOP Albums ob 2018!

All of us “residents of the North Hemisphere” (well, most of us hehehe) when we see the first snow, we know that Christmas is near. Green Seagull wrote an original composition entitled “First Snow Of Winter” taking the listener on a journey from the early beginnings of winter to the last snow, when spring is announcing itself… “First Snow Of Winter” is a lovely British Pop-Sike and Baroque-like tune, deeply inspired by the Sixties, an amazing song so psychedelically beautiful, lyrically covering the triptych “first snow – Christmas – last snow”. On side ‘B’ the band presents their own version of the Christmas classic “God Rest Ye Merry Gentlemen”, an unbelievable upbeat subversive and revolutionary psych-a-like version of this traditional song with Sarah’s organ on a frenzy party-like rhythm, a surprising psychedelically joyful version! What a bloody marvelous Single! (TimeLord Michalis)

Get the Single through Snowflake: 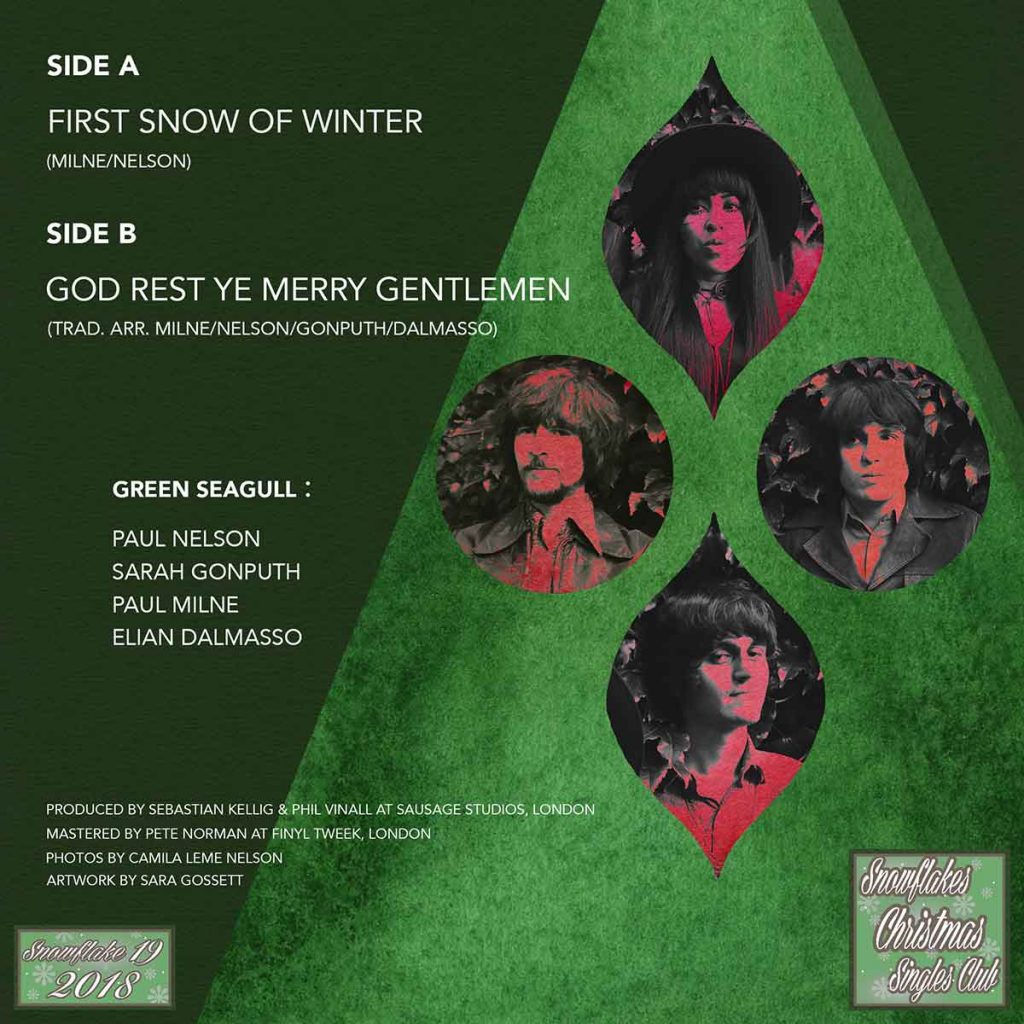