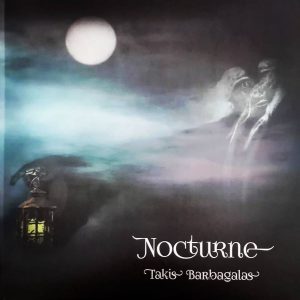 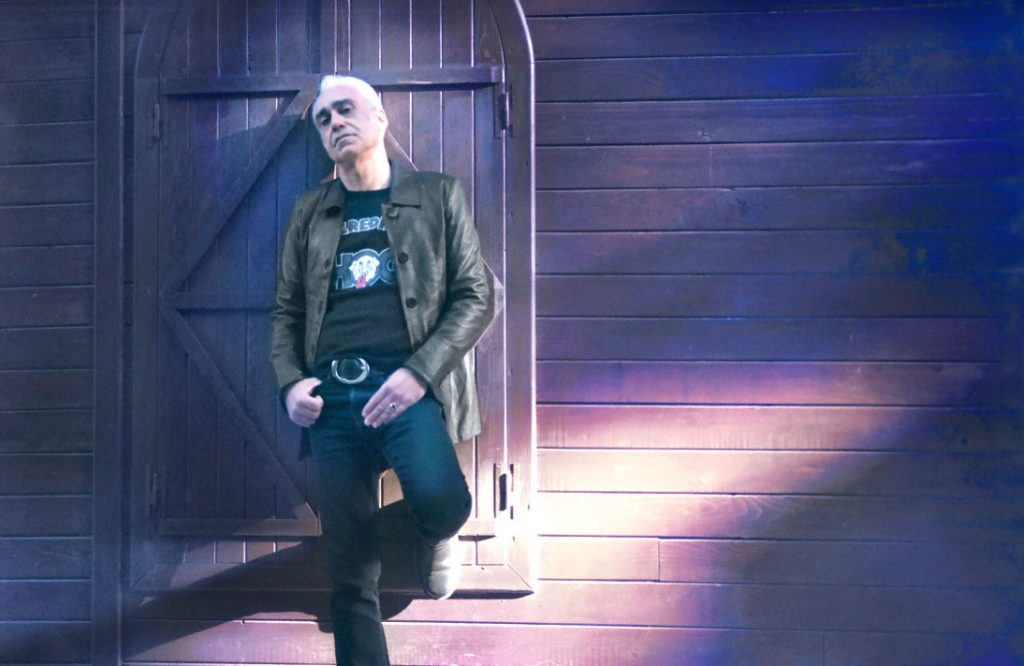 Takis Barbagalas – Λευκή Συμφωνία, Red Mist, Will-O-The Wisp, Manticore’s Breath – releases his 2nd solo record after his 2015 debut “Phosphorus Hesperus”, entitled “Nocturne”, a concept album that acts as the sequel of his previous effort. Musicians ‘fellow travelers’ on this nocturnal adventure are Myrto Akrivou (Harpsichord, Organ),  Amalia Kountouri (Flute), Costas Costopoulos (Drums), Costas Pagonas (Bass), Costas Sinodinos (Organ), Theodore Zefkilis (Organ), Angelos Gerakitis (Vocals). Of course, Takis Barbagalas is on Guitar and Vocals. “Nocturne” is written, arranged (and lyrics) by Takis. It contains 4 compositions, 3 of them instrumental while the one has lyrics. It starts with “Prelude/Night Eyes”. “Prelude” is based on a J.S. Bach’s composition. The marriage of the harpsichord and the organ sound gives a medieval and kind of renaissance appeal, starting the journey with an intense nostalgic feeling. As the “Night Eyes” enters, the feeling is getting moody, dark with a nocturne aura that overflows the place, a Progressive Psych atmosphere is created by the musicians, emerging a magical force that uses ‘nocturne’ as the Medium to harmonize The Morning Star (Phosphorus) with The Evening Star (Hesperus) resulting an ideal unique imaginative sonic landscape! The wonderful flute sound (which at times reminds Ian Anderson’s strongest moments) moves the track “Morpheus” into even more ‘progressive waters’ while the organ is having a wild n’ dreamy party of its own, calling and praying for the God of Dreams… Side ‘B’ opens with the only non-instrumental song “Alone”, dreamy, serene, with a cinematic Floyd-ish start (imagine La Vallee or Zabriskie Point), a powerful mid 70s progressive balladesque feeling and beauteous male vocals. For once more the flute adds a melancholic and nostalgic feel to the song while the organ is full of elusive reminiscent imaginary pictures of the glorious past, making the song a brilliant piece of musical Art-Rock! The album closes with “Lunatic Moon”, starting under a smooth progressive vein, becoming adventurously sentimental and getting gloriously dark towards its end.

7” Single (33 1/3rpm): The ‘A’ side of the single is occupied by “Jack O’ Lantern”, a track based on a superb guitar melody that overflows the composition, flirting a bit with the early 70s Canterbury scene but staying faithful to the traditional prog path that Takis is very fond of. On side ‘B’ of the single, there is an Alternate Version of “Morpheus”, a little bit harder and a little bit more ‘proggy’ lovely version.

So, it seems that Takis Barbagalas is slowly diverging from the Manticore’s Breath vein and is getting nearer to the Will-O-The Wisp musical breeze, but he is not repeating the Will-O-The Wisp music, in a way that he is taking their music further, much further, giving a charming mystical dimension to the music that he is creating these days. “Nocturne” is a reflectively hypnotic spellbinding album full of light and darkness, prog and psych, touchy and emotive… And every one of you is welcomed to Enter the Elegant Delicate Sound of… Nocturne! R-E-C-O-M-M-E-N-D-E-D!!! (TimeLord Michalis)

Format: LP + 7” + CD, Album, Deluxe Edition, Numbered, Box Set of 65 (Limited edition Box Set of 65 copies with 3 different color artwork. The Box contains a colored vinyl in a gatefold illustrated tip on the cover, bonus 7″ in colored vinyl, the CD of the album in a hard case sleeve & a 40×30 poster)

Format: CD, Album, Limited edition of 300 copies, packaged in a gatefold digibook with a clear tray.

Get the Album through Missing Vinyl: 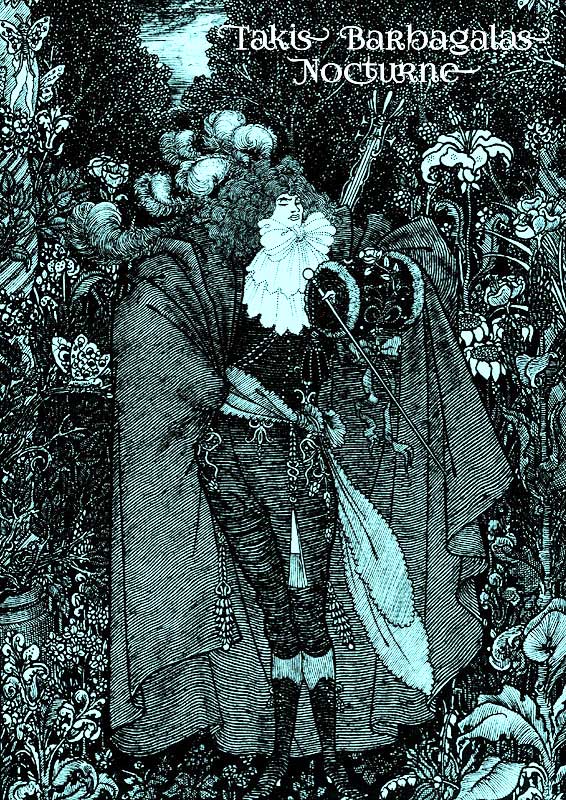