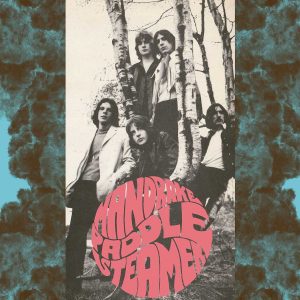 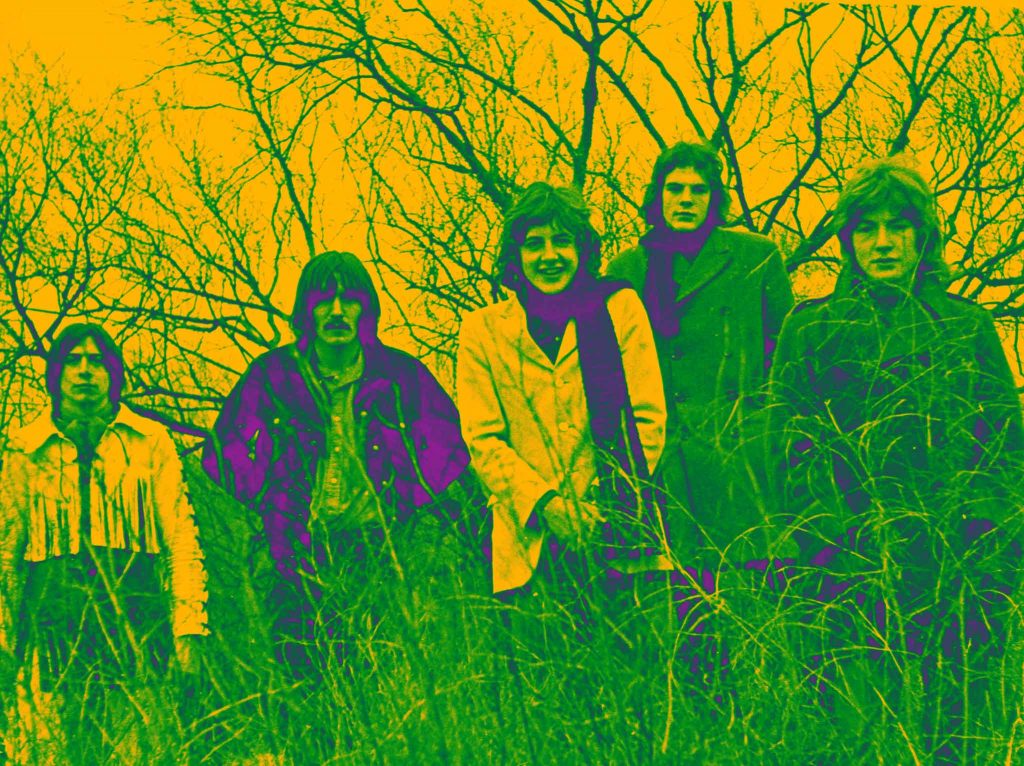 The Press Release reads: “Previously unreleased recordings, 1968/1970, by British quintessential psychedelic / progressive band MANDRAKE PADDLE STEAMER / MANDRAKE, culled from the band’s archive of reel tapes and acetates. Pure late 60s UK psychedelic sound with early prog moves, plenty of Hammond and fuzzed out guitar, powerful vocals… Including such lost gems as the Barrett-Floyd sounding “The World Whistles By”, killer psych-rockers like “Pandemonium Shadow Show” or “Doris The Piper”, the mellotron fuelled “October Country” and more! Unlike other 60s British bands who changed their music to ‘psychedelic’ or ‘progressive’ with the time, MPS were born “progressive” from day one. Formed in 1967 in Walthamstow (London) by a core of art school students, their members were Brian Engel, Martin Briley, Paula Riordan, Martin Hooker and Barry Nightingale (later replaced by David Potts). During their short lifespan (1967-1970), MPS supported big names like Pink Floyd, The Nice or Vanilla Fudge. They played at the Isle Of Wight Festival, had a residence at the Star Club in Germany and ran their own club night (Asgard). Signed to the Parlophone label (though the band was aiming to be part of the more progressive Harvest imprint) they released in 1969 the “Strange Walking Man” 45, recorded at Abbey Road and now widely considered a lost British psychedelic classic (check Rubbles, Perfumed Garden, etc). Due to lack of promotion and interest from their record label, the 45 went nowhere. After some line-up changes and shortening their name to just Mandrake, the band definitively split in 1970. “Pandemonium Shadow Show” collects studio recordings registered by Mandrake Paddle Steamer / Mandrake during 1968/1970 at various London studios such as Regent, Orange and other unknown locations. Some of these tracks had been previously included on several bootleg albums with inferior sound quality / wrong titles and others have remained unreleased until now”…

Wow! Wow! Wow! What an astonishing remarkable album is this! I must have heard it at least a hundred times and I didn’t catch myself being bored not even for a second! Yes, I have to admit that at a couple of tracks the sound isn’t good enough, but the magic that emerges from my speakers erases the bad sound quality, moreover the “Spiral Logo” is stuck in my mind… One of the strongest moments in this album is the opener “Pandemonium Shadow Show” (1968) so there’s no need to wonder why this track gave the title to this set of unreleased songs! “Pandemonium Shadow Show” is a typical late 60s British Psych driven by an enormous electric guitar sounding! “Solitair Husk” (1968) acts as a more PSYCH version of their only single “Strange Walking Man”, but in fact, this is an unbelievable heavy powerful tune full of freakbeat psychedelia, organ-driven that slowly transforms into a magnificent heavy-prog epos which unfortunately is abruptly ending… “Stella Mermaid” (1970) is a slower number with a strong intense Hammond sound, diving deeply into Prog-Psych, bringing to mind all that early 70s Important Underground UK acts of the Vertigo label (Cressida, Nucleus, Manfred Mann Chapter Three, Clear Blue Sky, to name a few…) “The World Whistles By” (1968) is the next one and I will describe it this way: Imagine The Gods playing along with Arzachel under a strong Mighty Baby musical environment, a song that Traffic would have loved to include in their repertoire. Syd, definitely too!!! “Upminster Windows” (1968) is another late 60s Brit Progressive-Rock tune, full of melancholic emotions and shiny guitar outbursts with some really interesting and up-to-date lyrics! “Doris The Piper” (1970)… God!!! Help me out with this one! What if Steve Hillage was a member of The Nice and along with members of The Who, Locomotive and Pussy all together gathered to create just one song? Well, the result would have been this track! Amazingly guitar Psych with tons of British Progressive madness! You can’t even imagine what is happening here in just 7 minutes and 35 seconds! A Prog Masterpiece, a Bloody Fucking Brilliant tune! “The Doorway To January” is a heavy-prog instrumental ballad, and this is the exact result that you’ll take if you have Procol Harum reinterpret the music of T2 or Arcadium! “Simple Song” (1970) starts under a Floydish environment (bringing to mind images & sounds from “The Man & The Journey”), diving into more symphonic progressive waters (imagine a mix of King Crimson and Emerson, Lake And Palmer). This is another Prog Instrumental beauty that by the way, Mike Oldfield would have approved it (you know what I’m saying, right?)… The album eventually closes with “The October Country” (1968), haunting mellotron sounds are tangling with some psychedelic west coast guitars resulting in a fantastic song capable enough to “sign” them in Harvest! In conclusion, this is not big talks when I’m saying All Vertigo’s early history in just One Record! THANKS to Sommor/Guerssen, Mandrake Paddle Steamer’s Pandemonium psych n’ prog Show is not in the Shadow anymore! QUINTESSENTIAL! (TimeLord Michalis)

(note: I used names from different UK acts of that era that came to mind while listening to this Magnificent album, not for the reason to make a comparison with the band, but to give you a small clue of how incredible is the Sound of Mandrake Paddle Steamer in this LP)

Buy it directly though Guerssen:

Listen to the Album though Guerssen’s Bandcamp: 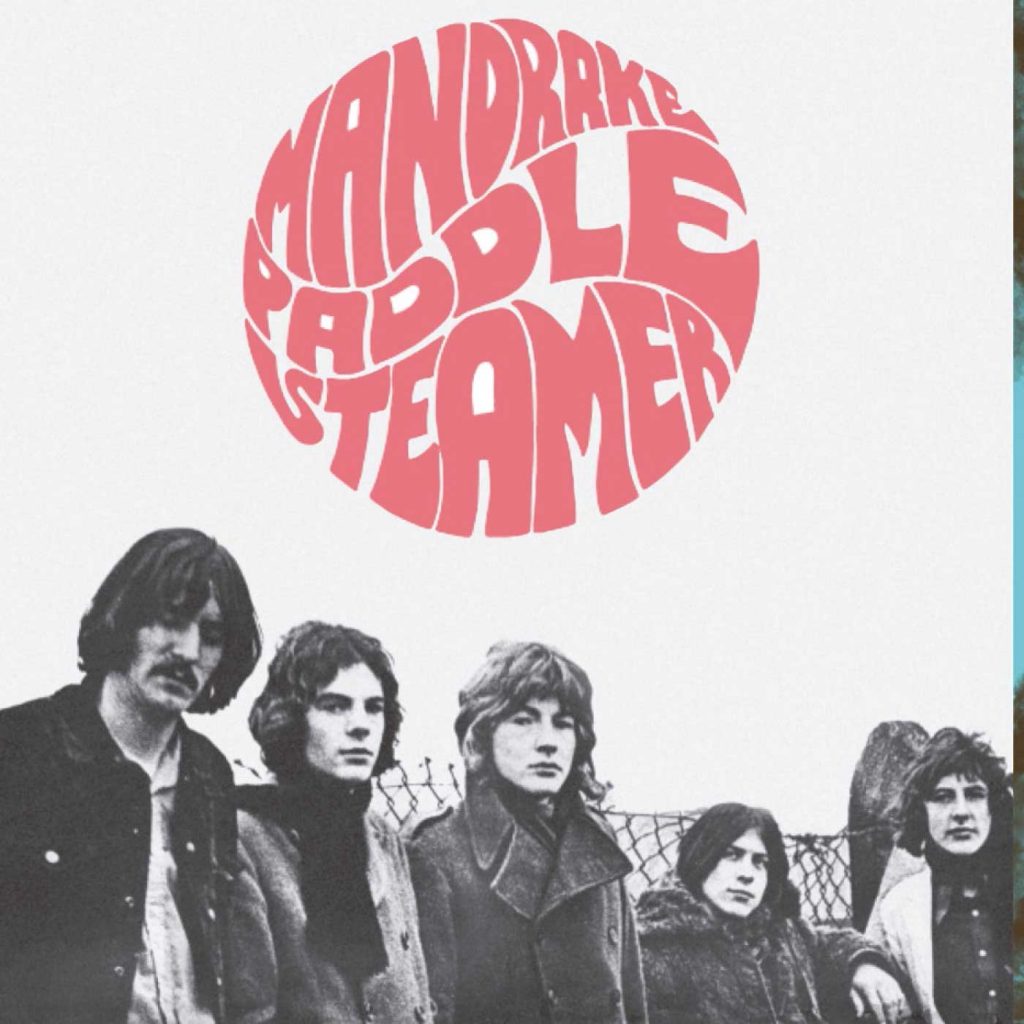 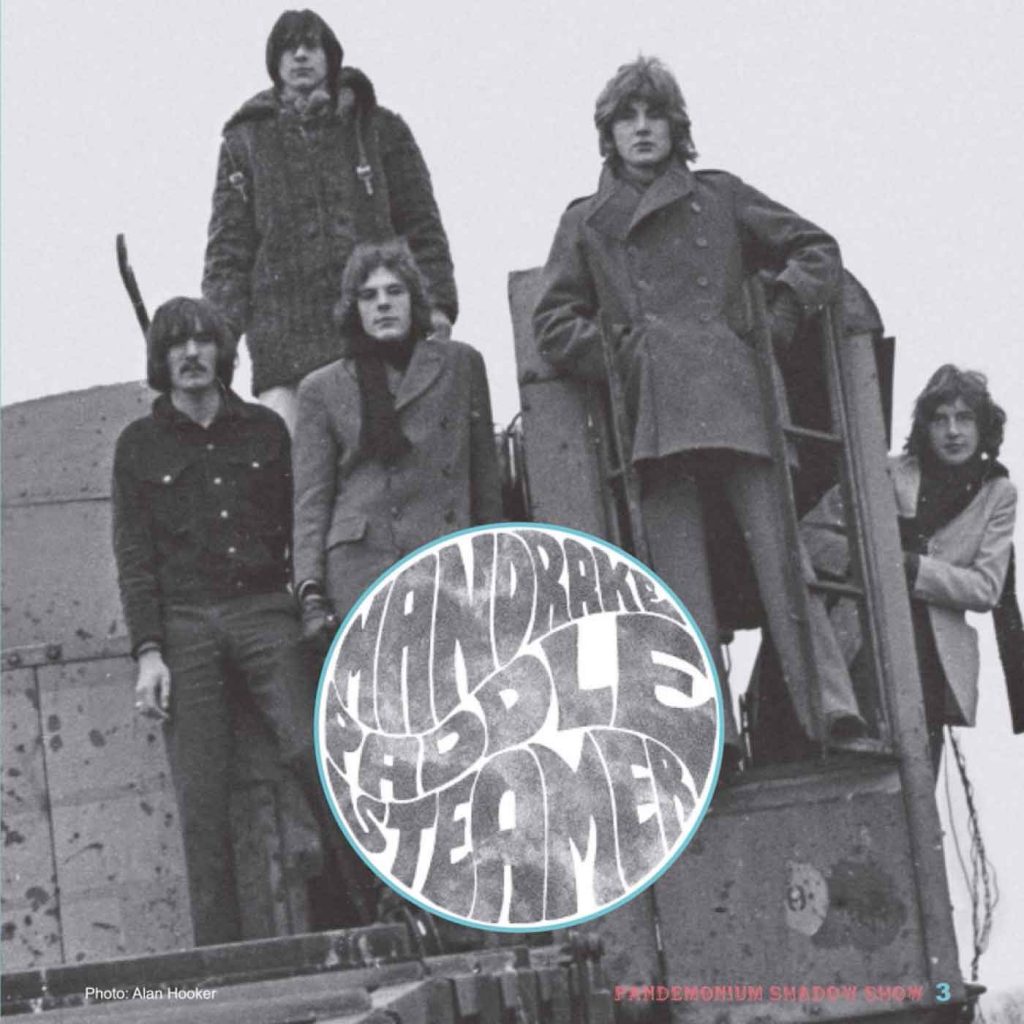 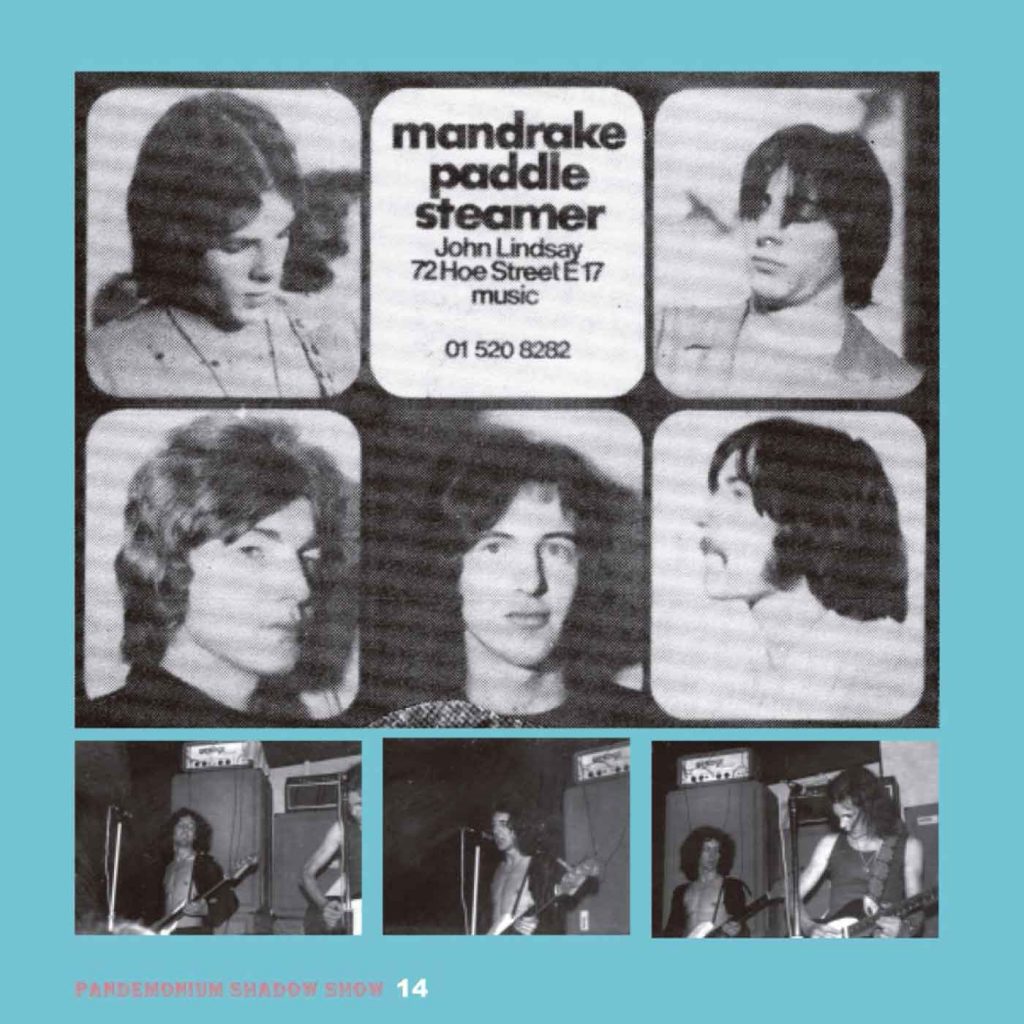