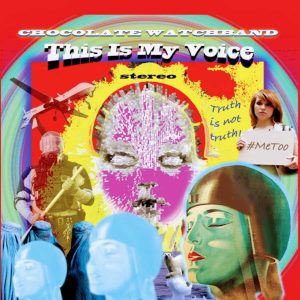 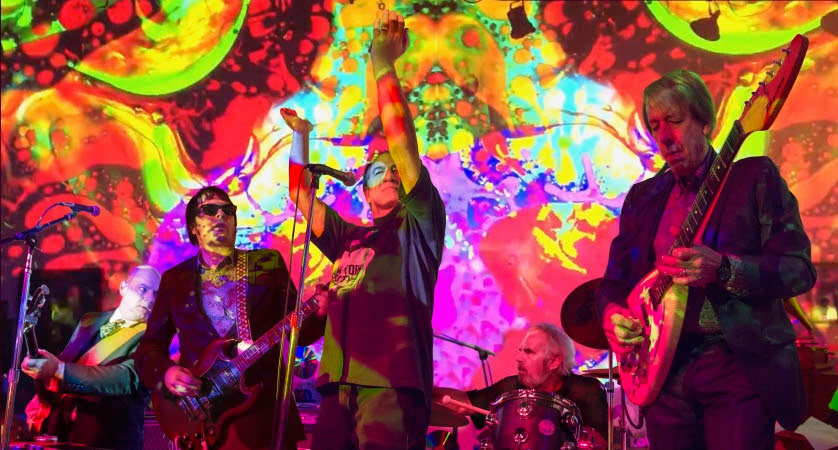 Garage-Psychedelic Rock Legends are Back with a new Album (new material) since their Self-Released “Get Away” CD from 1999! The album is called “This Is My Voice”, it is released through London’s Dirty Water Record Label and it contains 7 original compositions plus 4 cover versions. But firstly let’s see what the Press Release reads:

“Iconic California psychedelic rock legends The Chocolate Watchband celebrate the release of their new album “This Is My Voice” (released by Dirty Water Records), led by founding and current members, vocalist David Aguilar and guitarist Tim Abbott, plus Gary Andrijasevich on drums. Second generation fans, guitarist Derek See and bassist Alec Palao (Grammy-nominated producer/historian), bring their enthusiasm and love for the music to the table to help weave THE sound which both faithfully recreates the sonic energy and tone of the original recordings, as well as giving a rare edge to new material that is a logical progression to the bands legacy.

Documented as influencing legendary bands far and wide within the psych, garage, and punk scene for the past 50 years, their live performances sizzle with the same outrageous audacity of the late 60s scene they helped usher into the San Francisco Bay area ballroom scene. The group was also seen as featured bands in the 1967 cult films “Riot on the Sunset Strip” and “The Love-Ins”, and their powerful stage presence continues to the present day in a timeless stage show which is oozing electric cool-aid energy. Critics have noted the Chocolate Watchband was America’s answer to the Rolling Stones!
While the bands’ music was a cherished secret of record collectors for many years, the music is now available to be heard by everyone, which has ushered in a new fourth generation of fans around the world, who hear the Watchband sound as it has reverberated into the psyche of the class of 2018 psychedelic bands.
Their newest songs resonate with genuine political rebellion in our current times, which can be heard in the lyrics of the new song “Judgment Day”. “I wrote ‘Judgment Day’ as the country was still in recovery,” says lead vocalist and founding member David Aguilar of the days following the 2008 market crash. “Families were living in their cars. It was a terrible time for the American dream. It resulted in the anger that put the current president into the White House. The Who were wrong, Americans can get fooled again!”
The band will be hitting the road in 2019 in support of their new album “This Is My Voice” with plans for a string of European tours and select US dates. Are YOU gonna be there?”

Most of the lyrics here are deeply influenced by what is happening to the world today, and David Aguilar just couldn’t be apathetic to this whole social-political situation, his lyrics are really sharp and caustic and you can easily call these songs, protest songs dressed with a mix of garage-rock and Rock N’ Roll! The albums kick off with the fuzzy stomper “Secret Rendezvous” and continues with another powerful ‘social cry’, the beautifully arranged and performed “Judgment Day”, presented here in a wonderful bluesy way with a killer harmonica sound, this is modern Blues-Rock at its Best! The self-titled “This Is My Voice” is a mid-tempo tune with scorching lyrics agonizing vocals and a tremendous electric guitar sound at the background. On “Trouble Everyday” the cool-as-f@ck harmonica sound automatically makes this Zappa song (originally released in 1966 on Mother’s “Freak Out” LP) an inspiring cover, so well-timed these days as ever! CWB’s version is not getting away from the original one but it’s getting really fast towards its end, closing with an explosion sound effect! “Take A Ride” is another cool new song based and built upon “Mona’s” characteristic musical motive with the noted intense strong syncopated rhythm! On “Talk Talk” Chocolate Watchband covers a Music Machine song from 1966, giving the proper respect that deserves the Godfather of Punk, Mr. Sean Bonniwell! The Blues-flirting with a groovy rhythm “Bed”, follows. “Bombay Pipeline” starts… By the very first notes, you get a feeling that this is a track taken out from The Inner Mystique LP! Instrumental, Eastern-alike influenced with an exceptional ‘guitar-sounds-like-sitar’ sounding! On “Desolation Row” the band is giving to this Dylan’s song (from 1965’s “Highway 61 Revisited”) a nowadays fresh breath, a respectful cover and another up-to-date song! Another cover version from 1965 follows, a beautiful marvelous song from the Flower Power age, written by Sky Sunlight Saxon, “I Can’t Seem To Make You Mine” was covered by CWB for a Sky Saxon and The Seeds tribute album, that to this very day, remains unreleased. The album closes with the cool and full of nostalgia “Till The Daylight Comes”, a song that uses a sample from “Make America Great Again”… Leaving the listener with plenty food for thought… “… but it’s all working out and just remember what you’re seeing and what you’re reading it’s not what’s happening…” So, Chocolate Watchband are still standing after so many years! They made a dynamic album playing their favorite 60s Rock music and of course, they’re not going to ‘change’ the world with this, but at least they’re going to make many young people rethink and re-examine their attitude to nowadays society… (TimeLord Michalis)

Pre-Order or Order the Album here: 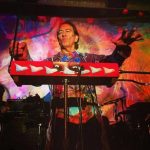 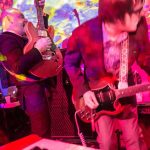 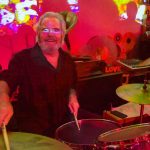 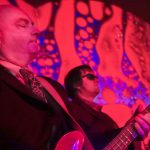 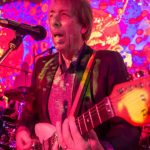 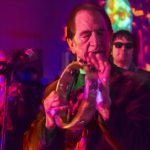 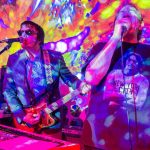 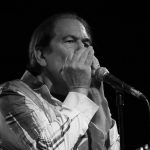 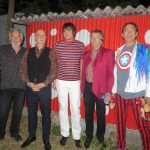