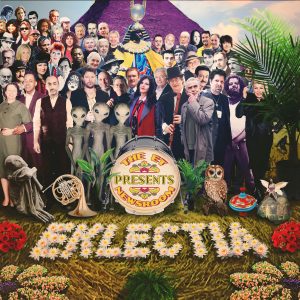 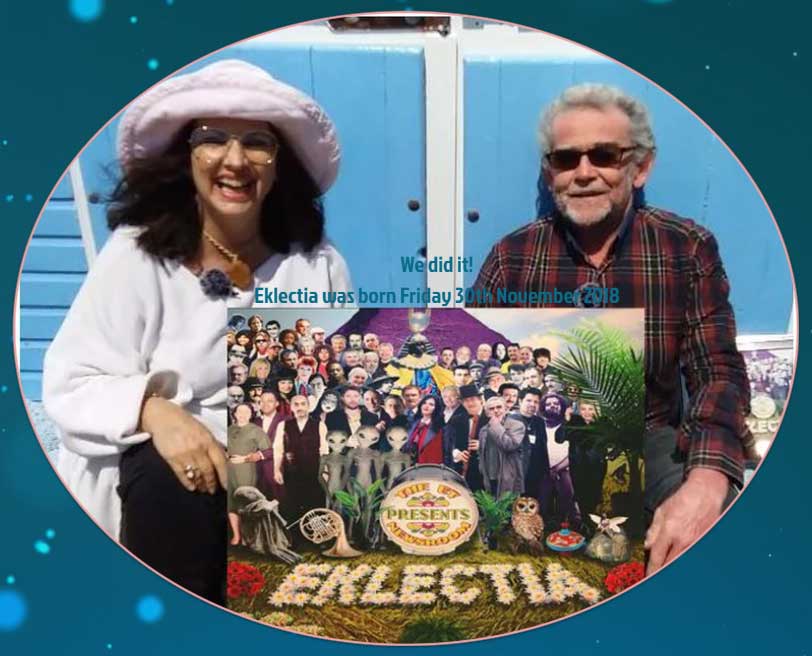 Thanks to my beloved friend Merrell Fankhauser and the kindness of Joanna Summers, this wonderful amazing double CD compilation came to my hands recently.

“Eklectia is a world first – a DOUBLE COMPILATION ALBUM featuring musicians/singer songwriters some of whom have had incredible face to face experiences with other intelligences, we know of as ET/extra terrestrial/alien/space family etc… these are collectively known as EXPERIENCERS – others have had amazing sightings, and paranormal events… this is THE first time a compilation album has brought together such a group… we hope you love it. Not only does this album feature a fabulous eclectic mix of music, but also features actual sound bites/witness statements by the musicians themselves, giving a brief audio snapshot of their experiences, and the impact they had on their lives and music. Also you will find some intriguing and fascinating short interviews with researchers whose work has taken them deeply into the subject and evidence of ET amongst us and in the ancient past…”

The creator and producer of Eklectia is Joanna Summerscales. Her website is www.theetnewsroom.com (ETN). The ET Newsroom is a UK based platform, providing an unjudgemental ear for those who have had anomalous encounters, experiences, and interaction with other intelligence, off planet, ET, alien, spiritual and paranormal. Joanna’s expertise is in the field of Alien Abduction, the impact it has on well-being and the long term implications for humanity.  Her initial training was media; theatre and television, though she is also a therapist in quantum healing which encompasses regression. Joanna founded The A.M.M.A.C.H. Project, (Anomalous, Mind Management, Abductee, Contactee Helpline) in early 2011…

The fantastic artwork cover that refers more to Zappa’s “We’re Only In It For The Money” and less to Beatles’ “Sgt. Pepper”, is done by Daniel Vallely. You can check the ‘Who’s Who” of the cover on the inside of the CD but I must tell you there are some really interesting “dudes” pictured here (Alien Abducted or not!)! Neil Young, John Martin, Sun Ra, Merrell Fankhauser (of course!), Sammy Hagar, Elvis Presley, Nicola Tesla, John Lennon, Olivia Newton John, David Bowie, Jimi Hendrix, Daniel Vallely, Joanne Summerscales, Kim Wilde… And I’m pretty sure that all of them are related to the subject here! Anyway…

But what about the music? As the name Eklectia suggests, the album has something for everyone. An eclectic mix of an international group of professionals drawn from the UK, US, and Canada, all have different musical backgrounds and styles. Eklectia joyfully includes classical guitar, reggae, pop, ambient, electric rock, interviews, soundbites and more, reasonably described by the publishers as “a feast for the ears, a thought-provoking education for the mind”! Beautiful pieces of musical creativity by the likes of Merrell Fankhauser, Dan Bowskill, Gary Williams, Ray Moore, John Martin, Dug Degnin, Ken Parsons, Joanna Summerscales, Peter Nelson, Kevin Estrella, Dave Marrow, Steve Boucher, Greg Fitzgerald, Dan Vallely, Devara, Matt King, Mike Oram, Simon Young. Most of these musicians are also telling/describing (through soundbites/interviews) their personal related stories/experiences! I found of extremely significant importance the 10min interesting interview of Grant Cameron who wrote the book “Tuned In, The Paranormal World Of Music”, a book that examines the parallel stories in pre-rock music and assesses what “the message in the music” might be. ( In the spring of 2014, Grant Cameron received an astonishing message from his friend Chris Bledsoe. Chris had an extraordinary encounter with beings he called “the Guardians”. Chris relayed this message to Grant and told him that “the message is in the music”)… “Eklectia” is an interesting joyful mindblowing educative 2 hours and 16min musical trip and you are all welcome to join the Spacecraft!

Get the Album here: 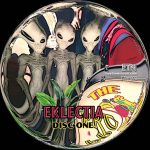 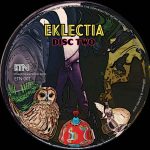 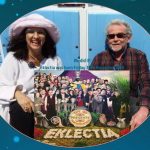 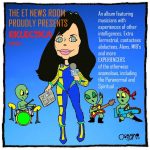 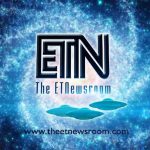 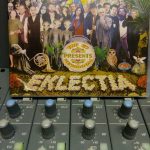 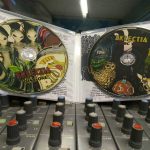