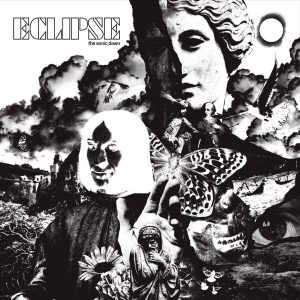 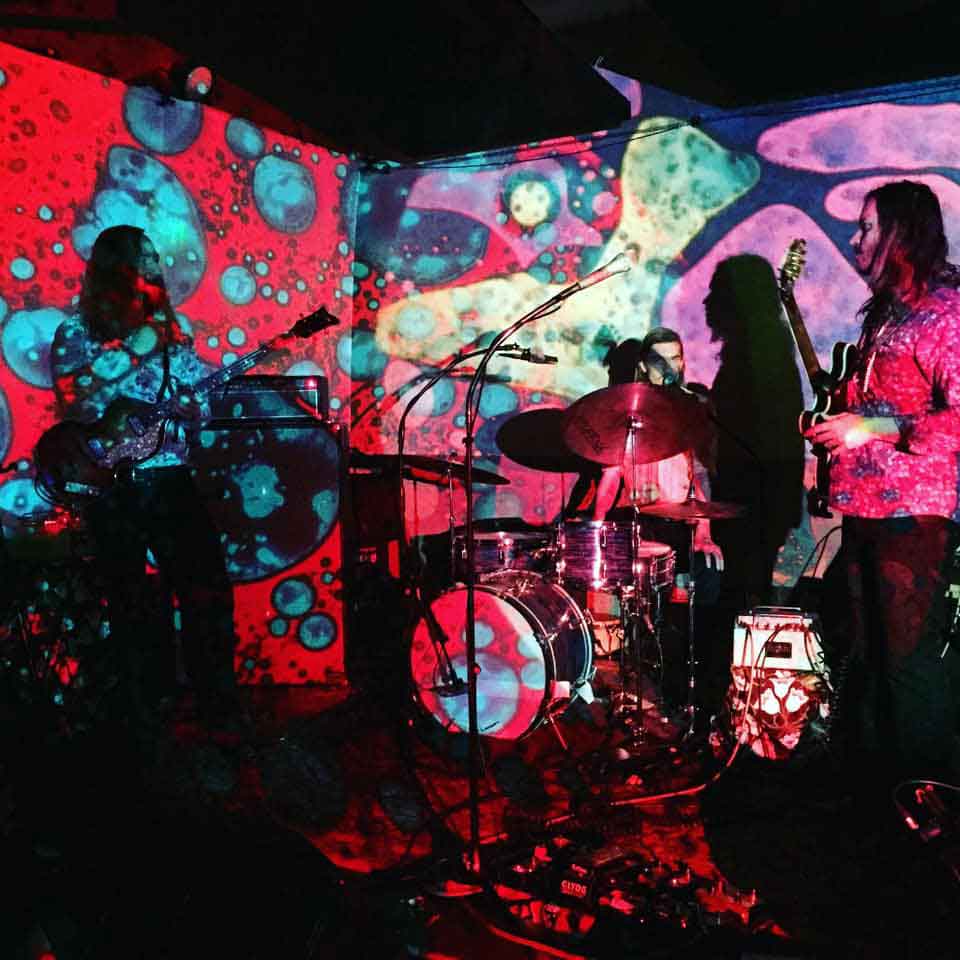 This Danish Psychedelic trio first came to my attention back in 2014 with the release of a split 7-inch Vinyl Single with The Roaring 420s. But the Single came out under the initial name of the band which was The Mind Flowers. (The Mind Flowers / The Roaring 420s ‎– “Down The Line” / “Blue Jay” 2014 Levitation Records) The band was formed in Copenhagen by Emil Bureau (guitar, vocals), Jonas Waaben (drums, backing vocals) and Niels Fuglede (bass) in summer 2013. Right after the release of the Split Single because of legal issues with ownership of the name in the United States, they changed their name to The Sonic Dawn, becoming one of the hottest Danish Psychedelic Underground acts along with Uffe Lorenzen’s Spids Nøgenhat and Baby Woodrose, of course! They have released 3 albums so far (“Eclipse” is their 3rd). The previous two were “Perception” in 2015 on Germany’s Nasoni Records (LP/CD) and “Into The Long Night” in 2017 on Italy’s Heavy Psych Sounds (LP/CD). Their third album is also released on Nick Oliveri’s (Kyuss, Queens Of The Stone Age) Heavy Psych Sounds Record label.

“The Sonic Dawn’s third full-length “ECLIPSE” is the product of a full year’s labor, with all 13 tracks (in 38 minutes, at 33⅓ revolutions per minute) carefully selected among over 40 candidates. Inspired by personal events and the current meltdown of the world as we know it, the songs deal with a feeling of despair that many will recognize, but also seem to say that we can heal and come out stronger if we dare take the leap. The result is a cinematic journey in sonic technicolor. Here, even the catchiest melody casts a mysterious shadow, and every mind-altering solo is torn out of Emil Bureau’s guitar as if it owed him money. The first album single, “Forever 1969”, featuring Uffe Lorenzen, is a statement that makes past and future collide (as The Obelisk put it). On the 50-year anniversary of Woodstock and the largest peace manifestations, the message that the power belongs to the people and that we can take it if we want it seems as relevant as ever. In The Sonic Dawn’s own words: Times may change, but the struggle remains the same…”

“Eclipse” consists of 13 original tunes and along with the 3 members of the band (Emil Bureau, Vocals, Guitar, Organ, Bells // Niels Bird Fuglede,  Bass guitar // Jonas Waaben, Drums, Backing vocals, Percussion), 2 other magnificent musicians are taking part. Errka Petersson (on Organs, Electric pianos, Mellotron, also co-wrote 3 songs) and Uffe Lorenzen (Maracas on “Forever 1969”). The album takes off with “Forever 1969”, though it starts under a bluesy guitar way, it transforms into a groovy blues-rock tune, a 2019 anthem that states “69 another state of mind”! “Psychedelic Ranger” follows. A just 2:25min dynamic track, full of energy and deeply inspired by late 60s Psychedelic Rock, bringing to mind Jefferson Airplane (with Marty Balin as the lead singer). The song is surrounded by a groovylicious beat and it could definitely be the west coast hymn of the Summer of 68, if only it was released back then! The song ends with the phrase “… always a stranger”… The next song is called “The Stranger”, and it makes me wonder “is this a new kind of psychedelic rock?” You bet! Haven’t heard such a cool “psych” rhythm for a long time! Once more, the Spirit of late 60s West Coast Bands is all over the song, I wish only it was not faded, 3min and 6 sec are really not enough! “No Chase” is another energetic (but again unexpectedly and unjustifiably faded) song with a distinctive keyboard sound and a powerful driven orgy between the back and the front guitars! The cool laid-back ballad of “Opening Night” follows, with a gentle but short ‘surf’ guitar sounding and a rather peaceful ending. The double male/female vocals combined with the amazing addictive guitar melody of “Circle Of Things” are launching the tune into the stratosphere of 60s Soft-Psych-Rock groups! An incredible piece of late 60s US psychedelia can be experienced on “On The Edge Of Our Time”, with a superb organ sound coming from another dimension, the only bad thing here is that the song ended after 2 and a half minutes, but I did manage to catch myself fooling around the Avalon Ballroom or was it the Fillmore?… “Christiania” starts in a poppy mood but the fuzzy & distorted guitars are spreading an Electric Prunes colorful layer upon the song. There’s so much going on inside the track in the last minute that it’s really hard to describe it! The sure thing is that this song has great potentials performed live on a stage. A magical and mystical 60s atmosphere is created and presented on “The Last Page”, distinctive adventurous percussion and mellow semi-haunted keys… How the hell they’re doing this? And that guitar sound! So, Heavenly! … Another brilliant example of what the band can do in just 103 seconds is “Love Bird”, a track with a tremendous overflowing melody! “To Change Who We Are” is a ‘Turn On Tune In’ song that marries the late 60s L.A. scene with the one in S.F.! Listening to “Islands In Time” is like traveling in time, a perfectly structured song balancing between 60s Rock and Psychedelia! Eventually, the album closes with “Towards The End”, an acoustic slow balladesque tune that I couldn’t think of a more ideal ending for this record, so psychedelically beautiful and charming!

“Eclipse” is Psychedelic but in its own unique way. There are no long jams here, or improvised parts with boring – most of the times – long guitar riffs. The Sonic Dawn are giving emphasis to the synthesis/writing of the songs, songs that are impregnated with an unbelievable psychedelic mood. Undoubtedly, this is one of these records that you must listen with your headphones on! “Eclipse” is a concise album, well-worked and well-structured, an album made with Love and Passion! Surely, it’s inspired by the old days (the Sixties of course) but closing one eye to the present. A present that it is so terribly suffering by the lack of inspiration liveliness and creativity. “Eclipse” is an album that generously is offering all these! You see, Not everything is Grey nowadays. There’s a Fresh colorful Sonic Dawn coming your way! (TimeLord Michalis)

Listen and Get the Album through Their Bandcamp: 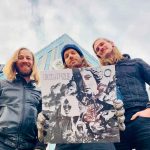 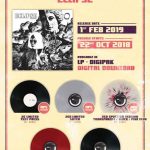 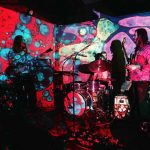 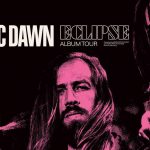 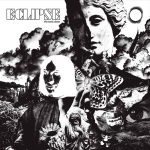