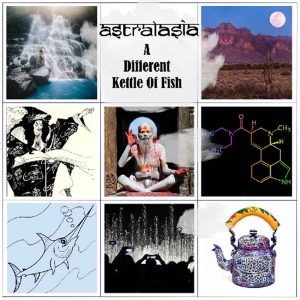 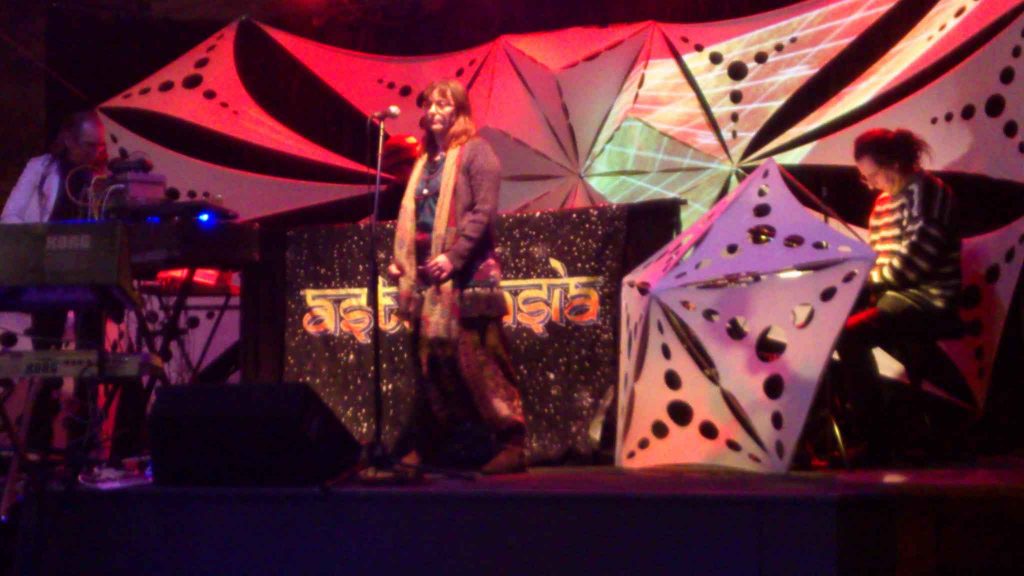 Astralasia, originally started in 1990 as an Ambient-Dub side-project to the psychedelic pop/rock group Magic Mushroom Band, with members taking part in both groups. The band is described as early creators of original Euphoric Trance, Psychedelic Trance, Astral Dub, Trance, Experimental Techno, Ambient Dance and so on! The ‘Love-Affair’ between Astralasia’s Marc Swordfish and Fruits de Mer Records’ Keith Jones started back in 2014 when FdM released the 7 inch Single “Coltrane” (with the bands: Superfjord, Earthling Society and Astralasia) and the Astralasia’s album “Wind On Water”. Another Single came in 2016 entitled “The Fruits De Mer Records Guide To The Hitchhiker’s Guide To The Galaxy” with the bands Astralasia, Icarus Peel, The Blue Giant Zeta Puppies. Finally in 2017 the album “Oceania” came out. Marc Swordfish besides the 2 great albums, he has provided – for FdM Records of course – many remixes and re-imaginings of other bands’ tracks over the year (usually on bonus CDs or limited-run special editions releases). Keith explains “Marc and I decided to revisit all those tracks and we’ve come up with a double LP that brings together some of our favorites, including remixes of tracks recorded by The Chemistry Set, Superfjord and Sendelica, and one or two things re-worked specially for this release. It’s mainly instrumental, it ranges from Eastern-tinged throbbing rock to swirling soundscapes and sounds SO GOOD on vinyl!”

So, the result is this double LP with the clever title “A Different Kettle Of Fish”. 4 sides, 10 tracks in total.

Side One starts with “Johnny’s Little Brainticket (lounge mix)”, a composition based on the tracks that appeared on the “Fruits de Mer 2014 Annual” (crustacean 44) and “Postcards From The Deep” (crustacean 59), it’s a groovy lounge dance-able version with a crazy Santana-like rhythm while a dominant organ sound is having ‘erotic embraces’ with the guitars, leading to multiple orgasms! “Sargasso Sea” appeared on the 13th Dream of Dr. Sardonicus festival free compilation CD (promo 6) edited from Astralasia live LP “Tales From…” (TMOQ/fungus records cat no fun 007), this is ambient-like music with some relaxing soft ‘sea-sounds’ under a dream proggy vein. “Love Or Confusion – alternative mix” appeared on the special edition of The Chemistry Set’s “Endless More And More” LP (winkle 21SE), a low beat under an Eastern-inspired tempo, a real hallucinogenic ‘stoned’ version.
Side Two opens with “Deep Magick, A Love Supreme” appeared on the “Coltrane” 7″ bonus CD (crustacean 59), a feast of Sounds, a magical and out-of-this-world trance-a-like chequered version bringing to mind some of the strongest moments from the “Phaedra” album by Tangerine Dream and all these through John Coltrane’s Psychedelic prism! Side Two closes with “Fountains Of Ambience” appeared on the Chemistry Set “Fountains of Neptune” members club free CD (Promo 17), a modern age full of ambience futuristic spacey version!
Side Three occupies two songs. “Johnny’s Little Brainticket In Dub” is based on the tracks that appeared on the “Fruits de Mer 2014 Annual” (crustacean 44) and “Postcards From The Deep” (crustacean 59), bells from the chapel are ringing, horses are running, someone is sarcastically laughing, space sounds all over under a dub moody electronic environment. “Shamanic Waterfall” appeared on the “Coltrane” 7″ bonus CD (crustacean 59), feels like you’re in the deep Space and tripping through a sea of harmless meteorites, a krauty-spacey atmosphere becoming ambient with a strong cinematic feel, ideal soundtrack for a 2030 remake of the film “The Midnight Express”!
Side Four starts with “The Sorcerers Apprentices ambience mix” appeared on the “The Fruits de Mer Records Guide to The Theme to The Hitchhikers Guide To The Galaxy” bonus CD (crustacean 74), dreamy, spacey and a little ambient-like with an early Tangerine Dream feel. “The Desert – instrumental mix” follows. The vocal version appeared on Astralasia’s “Wind On Water” double LP (winkle 17), soft and mellow, bluesy guitar based version. Side closes with “Timothy Leary Forever (Legend Of A Mind remix)” appeared on a bonus CD with The Chemistry Set’s “Firefly” 7″ (winkle 34), this is a low-fi reinterpretation becoming extremely and dangerously PSYCHEDELIC in the middle section, leading your mind to a Trip into another dimensions!

In conclusion, this is a tasty and full album, willingly offering some of Astralasia’s unique Cosmic Universal Musical Energy! (TimeLord Michalis)