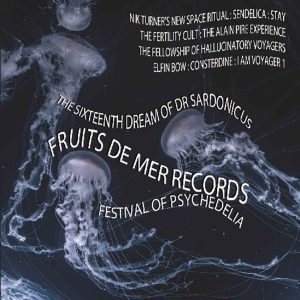 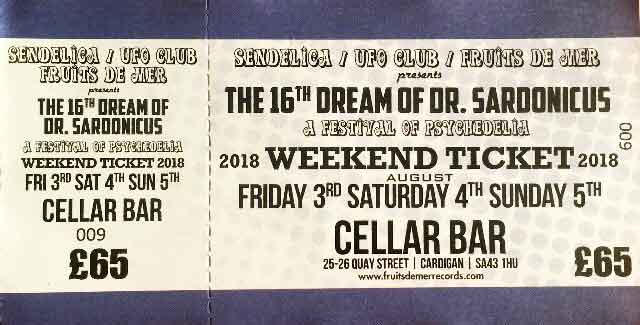 Well, it was about time for Keith ‘Head’ of Fruits de Mer Records to let all us people who can’t be there – at their legendary Dream Of Dr. Sardonicus festivals – to have the chance to experience those ‘magical musical nights’ at least by listening to an LP Record, 2 records actually. Well, the story goes something like this. Fruits de Mer Records along with locals Sendelica, are organizing an annual series of festivals every summer in the Cellar Bar In Cardigan, West Wales, for a few years now. So, the 2018 summer gathering entitled “The 16th Dream Of Dr. Sardonicus” saw artists descend the steps to the cellar from as far afield as Australia, Finland, Spain and Belgium, and also a lot closer to home, to perform everything from solo acoustic sets through classic psychedelia and electronica to full-on spacerock…

Keith says: “Everything was recorded but, Fruits de Mer being Fruits de Mer, not everything went entirely according to plan… what you’ll have is a selection of the tracks that made it onto tape (or whatever the digital equivalent is), so our apologies to the artists who delivered great music but incurred the wrath of the ghosts in the machines – next time, eh?”…

The artists who appear on the double LP are:
Nik Turner’s New Space Ritual (ENGLAND)
The Fertility Cult (FINLAND)
Sendelica (WALES)
The Alain Pire Experience (BELGIUM)
The Fellowship Of Hallucinatory Voyagers (UNITED KINGDOM)
Stay (SPAIN)
Elfin Bow (ENGLAND)
Consterdine (WALES)
I Am Voyager 1 (UNITED KINGDOM)
So, what we have here are 9 bands, 13 songs spread out on 4 lovely vinyl sides! Quality music for all tastes! With a remarkably clear sound that most of the times it’s really hard to believe that these are live recordings! And this is what you get: Excellent acoustic voice-based folk music by Elfin Bow, acoustic psychic spacey folk by I Am Voyager 1, new modernized instrumental Space rock (with a tremendous haunted theremin sound) by Consterdine, psych-a-like poppy Spanish sunshine by Stay, dreamy intellectual Ambient-like prog rock by The Fellowship Of Hallucinatory Voyagers, powerful but trippy guitar driven space rock by The Alain Pire Experience, maximum energetic instrumental modern progressive rock electronically flavored by Sendelica, a fine blend of heavy Blues Rock mixed with some cosmic psych jazz by The Fertility Cult and last but not least, pure space rock by the Master of the genre Nik Turner through Nik Turner’s New Space Ritual! Need to ask more? Hell no! But, I think a good idea for the future is to release a vinyl box set with all ‘recorded’ bands of the festivals. Right, Keith? (TimeLord Michalis) 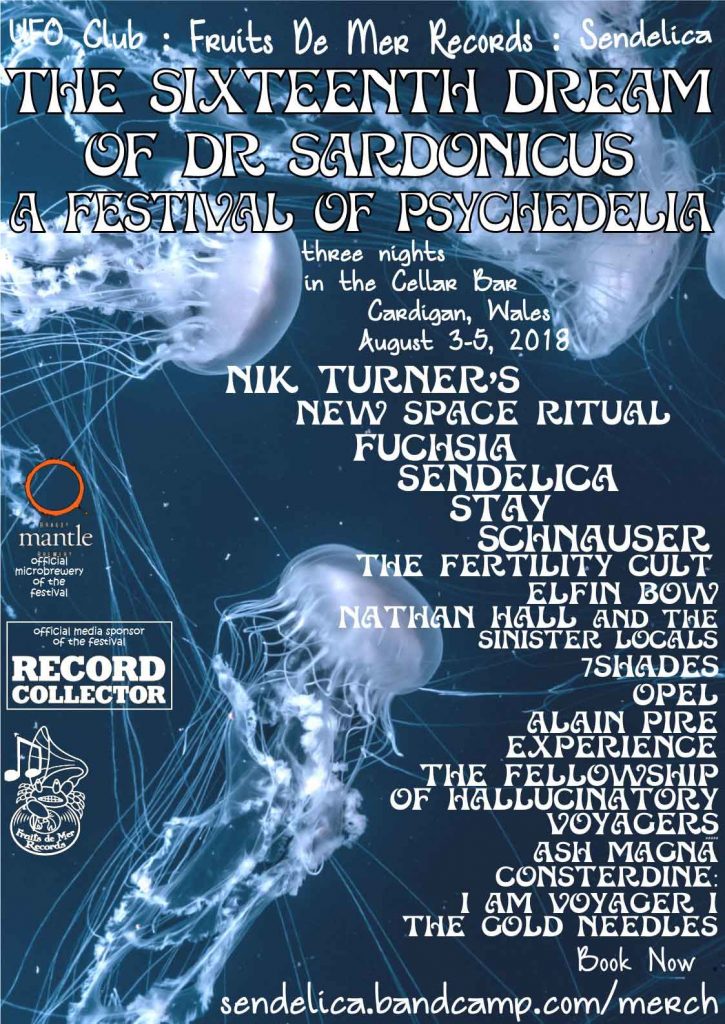