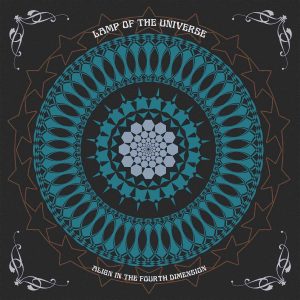 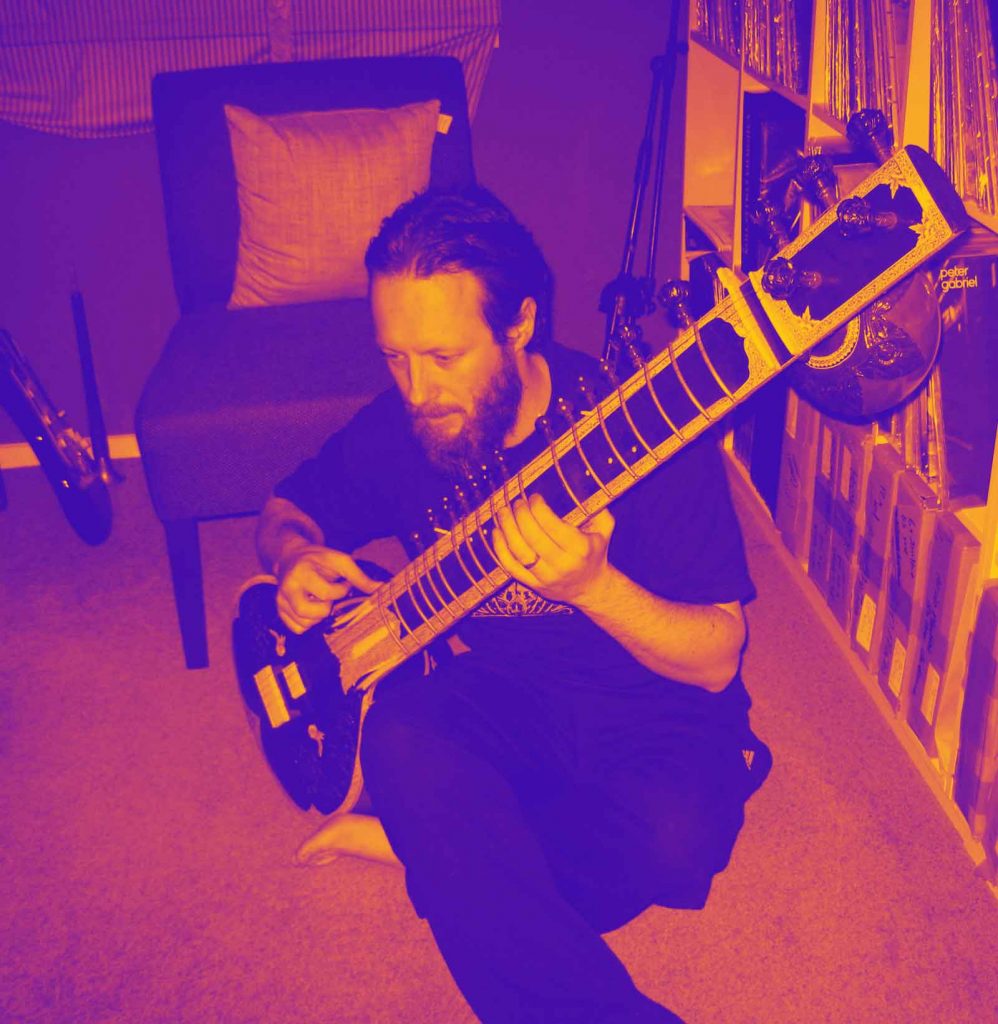 In the last 6-7 years, I have reviewed several Lamp Of The Universe releases. I also had the pleasure to interview the MIND behind this One-man-Band, Craig Williamson, for the TimeMaZine Issue #8 back in 2014. So, being an admirer of Craig’s Musical vehicle New Zealand’s Lamp Of The Universe, every new release is bringing me the ‘chills’ and fills me with the proper excitement! Craig formed the band back in 1999 and since 2019 he released 13 albums (3 of them being SPLIT with other bands). His 14th album is called “Align In The Fourth Dimension” and launches the collaboration between LOTU and Sulatron Records. The LP edition has 7 songs while on CD there’s one more as a bonus track. All songs are moving to the familiar by now Lamp Of The Universe Cosmic Hippy Acid Folk Psychedelic veil, but this time not only the sitar is the main instrument… The album takes off with “Visitors”, acoustic spacey guitar and lots of background spacey effected sounds are creating a serene atmosphere setting the listener into a state of trance while the characteristic calm voice of Craig emerges a cinematic darkish feeling. There’s a change coming on, and I mean musically… “Rite Of Spheres” has Psychedelic keys, Eastern scaled hallucinogenic guitar licks, a Lamp Of The Universe atmos, a lysergic tune that liquefies your brain making it flow inside your arteries. This is a call to all Mushroom People! Come Out! It’s Springtime! No need to hide in the darkness no more… “Light Receiver” starts. And I was wondering where the sitar was hiding? This is an Eastern-influenced Raga-Rock with Craig’s familiar style but presented here with a strong psych World feel! “New Forms” is another acoustic-like, deeply esoteric, slow mantra, with a beauteous haunted one-key melody at the background! “The Leaving” follows the acoustic ‘formation’ of the songs that Craig is used to, the acoustic guitar is the main instrument here being escorted by Craig’s melancholic voice, some strange cosmic energy is slowly flowing but soon ‘electricity’ hits the atmosphere and Folkie Psychness is spread all over! Clearly looking to the faraway East is the sitar-based “Absolution Through Your Third Eye”, a kind of prog-raga song and for once more the Psych-Ethnic feeling that listener gets is intense and rather mind-blowing! The LP edition closes with the dark melancholic “Seasons Of Love” with a psych-a-like deserted atmos that make you wonder “Is there Light in the Darkness?”… Well, hell yeah! This is a trippy tune, transcending my existence to another parallel universe where everything is possible! The CD edition includes the bonus track “Call From Beyond”, the combination between Craig’s chanting vocals and the acoustic guitar sounding is the finest example of a brilliant nude-raga tune! So simple! So… Supernatural!

Well, it seems that Craig’s experiment to largely enrich his sitar-based sounds with electric/acoustic guitars is a successful one and by now after the first listening the gates to the Fourth Dimension are widely open! So, is Everybody In? The Ceremony is about to Begin… One of the Spiritually Ethereal Psych Best Records of 2019. Invest… (TimeLord Michalis)

Get it through Sulatron Records:

Lamp Of The Universe’s Bandcamp: