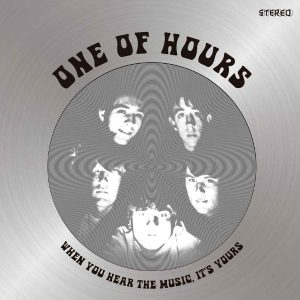 THIS IS ONE OF THE BEST UNRELEASED ALBUMS FROM THE WHOLE 60S ERA! Guerssen Records and Out-Sider Music did it again! A GEM album recorded in the peak of the PSYCH era (1967-1968) that has been shelved to this day, is finally released in its Awesome Glory, in a Deluxe Vinyl edition!

The press release reads: “Cool late ‘60s US Pepperish psychedelia with inventive arrangements, fuzz guitars, studio effects… Recorded in 1967-68 but shelved at the time. Famous for their “Psychedelic Illusion” 45, US garage-psych band ONE OF HOURS formed in Lexington, KY, in 1966. After adding guitar player Bob Willcutt to their line-up, they released their second 45, “Feel the Pain” / “Psychedelic Illusion”, in 1967.  Work then began on an album of a complete but varied musical experience called “When You Hear the Music, It’s Yours”. Fuelled by the creative force of band member Shawn Foreman (a true visionary who would create the cult electro / disco project Transistor-Jet in the 80s), the group (now called Dandelion Wine) entered Chetwyd Studios where they, in true psychedelic mode, experimented and used unusual techniques like backwards recording, paper under piano strings, singing through a comb, interconnecting Fuzz boxes, etc. The finished master tape containing 12 songs with titles like “Two Heads For 25 Cents”, “Sweet Dragonfly” or “Incense C-19X” was sent to the Liberty label with the promise of an album contract for 1968… but the deal never came through and the master tape was destroyed in a warehouse fire. Luckily, Bob Willcutt kept a first generation copy of the master with perfect sound which we present here in a deluxe vinyl edition, housed in a silver mirrored die-cut sleeve. File next to West Coast Pop Art Experimental Band and the like!”…

So. Let’s take a look/listen to the songs of the album. The album kicks off with the experimental Sgt Pepperistic “When You Hear The Music, It’s Yours”, something like a live companionship recording in the local ‘pub’, some guy interrupts with a megaphone at times, other various ‘speech-voices’ are intervening, lots of studio trickery like backward sounding… The whole thing here acts like an extremely ‘stoned’ Brian Wilson experimental Solo Project, alternatively, this could be an outtake from the legendary “Acid Tests”! The acid fuzz guitars of “Mother Said” predispose some remarkable ’68 West Coast Jungle Psychedelia while on “Love Is Real” we have pop-sike psychedelia coming straight out of sunny California but with a unique garage edge! “Two Heads For 35 Cents” with its unbelievable psych-garage atmosphere and the trippy creepy and extra acidly psychedelic mood is the perfect fertilizer for the mushrooms in my mind to start growing! “Mary Jane Like A Woman” starts and Yes you guessed right, this is what the song is talking about! A slow psychedelic sad number with a tremendous druggy hallucinogenic atmos filling the air with some special ‘weed’ aroma! Ideal soundtrack for an LSD-Party in Lemon Popsicle Series! “Cry” is another amazing “mentally distorted” tune with some fuzzy guitars and “lunatic” singing! Mind-bending! “Within My Garden” dives into the deep PSYCH idiom of 1968, really way-a-head of its time, even to this day! A song that explores the “Goods” someone can find inside the Garden of the Earthly Delights! “Little Willie” is a Garage R n’ B Stomper that transforms into another Mushroom Cloud, ready to pour some Velvet Rain and spray my Mynd! “Kazoo Man” is a cool rocker with some Country Joe & The Fish vibes, with the use of a kazoo, hence the title! The Farfisa-driven “Sweet Dragonfly” follows… An amazing PSYCHEDELIC tune and if “Section 43” had words, it could have sounded like this one here! The wondrous Psych atmosphere continues on “Incense C-19X”, bring in your mind a stoned Music Machine and you’ll get the picture of what the hell is going on over here! The last tune is called “A Way To Leave At Last”… Take “Poem By The Sea”, “Lather” and a Faine Jade song (choose one, they all fit) blend them together and you’ll get the atmosphere of this song! Man! I must have listened to this over a thousand times! 12 songs and NO FILLERS! This band has nothing to jealous of The Deep, The Nightshadows, The Freak Scene, and The West Coast Pop Art Experimental Band! Of course, I can mention a hundred others! Probably the most old PSYCHEDELIC release of 2019! So, all you youngsters out there, if you’re trying to make a psychedelic band, listen to this album, then it all will make sense in to witch direction you should be heading! (TimeLord Michalis) 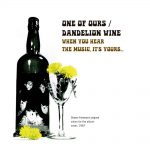 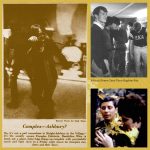 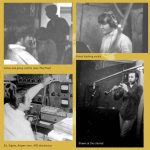 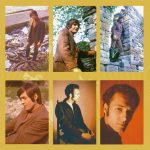 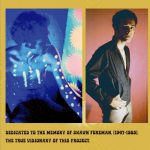 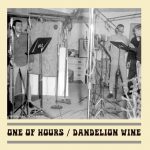 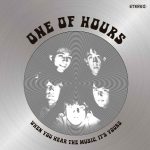