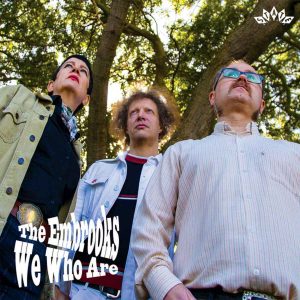 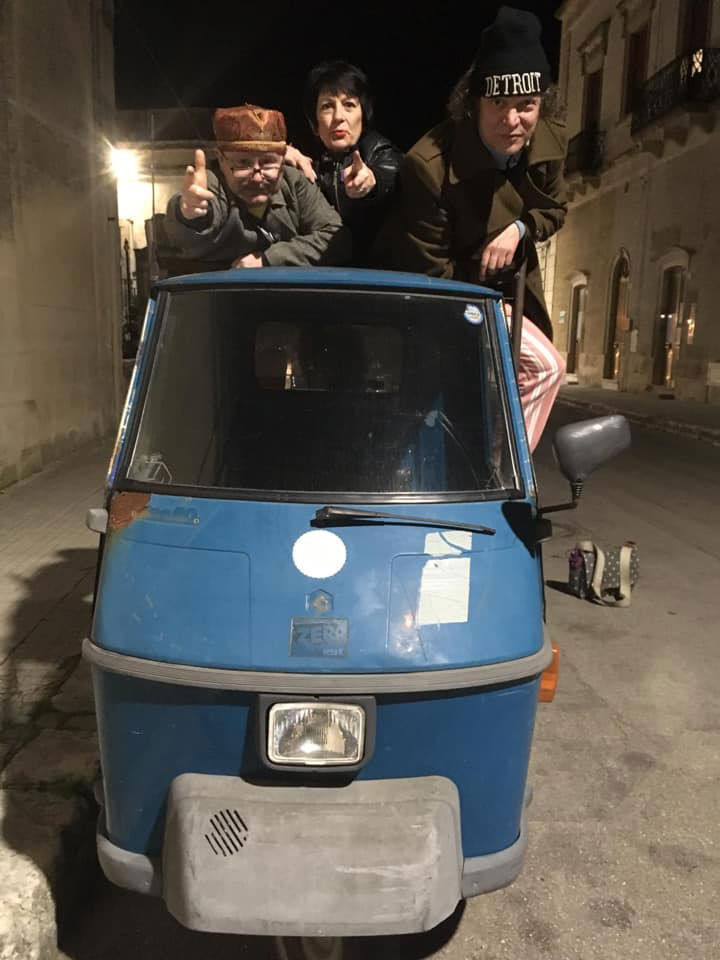 The Embrooks are a London based garage freakbeat trio and they came to my attention for the first time, back in 2004 where my good friend Gary Murphy – drummer of the legendary Mike Stuart Span – sent me their “Yellow Glass Perspections” album to take a listen because Gary he was really impressed not only by The Embrooks’ cover on “Children Of Tomorrow” but also by the band’s whole musical attitude, they reminded him the 60s days of Mike Stuart Span and Leviathan… Unfortunately “Yellow Glass Perspections” was their third and last album, but it seems that this UK’s hottest freakbeat trio is back after a 10-year hiatus! In 2016 they released the 7inch Single “Nightmare / Helen” as a precursor to their 4th album that was released in December 2018 with the title “We Who Are”. Both, Single and Album, were released through State Records.

The Press Release reads: “Formed at the tail end of 1996, The Embrooks (Alessandro Cozzi-Lepri – guitar, vocals; Mole –bass, vocals; Lois Tozer – drums) were initially influenced by the moody, minor key mid-60s US garage common to the New England area, and made an LP and two singles in that style. They quickly changed course towards the more aggressive sounds coming out of the UK and Europe in that same period, a transitional style which came to known as freakbeat. Here, the band found their true calling, and delivered their highest profile LP, Our New Day for Bomp’s Voxx imprint. Numerous tours through the UK and Europe were undertaken, and they even found time to cross the pond into the US and Canada on a number of occasions. The follow-up LP, Yellow Glass Perspections saw the band incorporating more psychedelic elements to their sound, but still very much rooted in the aggressive mod-rock that had served them well. As external commitments became ever more time-consuming, the band amicably parted in mid-2005, but now they’re back!! Strong as ever, a little wider round the waist and greyer around the gills (the “Expanding Waistline Inevitable” as a friend was kind enough to point out!), but ready to knock your socks off! 2016’s “comeback” ‘Nightmare’ 45 saw the group on top form, and now they’re ready to deliver their first full-length LP since reconvening! Recorded on 8-track tape at State Records’ custom-built North Down Sound studio, “We Who Are” is a distillation and refinement of everything the band has done up to this point, incorporating elements of garage, mod psych, folk-rock, hard-edged freakbeat… however you choose to define or label it, The Embrooks have “IT”!!”…

So, The Embrooks managed to deliver an album, extremely 60s influenced but astonishingly fresh sounding! “We Who Are” consists of 12 songs and it kicks off with “Going But Not Gone”, starting with an intense groovy psychedelicious Mod beat coming straight out of the London ’68 – ’69 Underground, a song that simultaneously ‘dares’ to flirt with late 60s L.A. Garage scene! “Nightmare” (released as a Single in 2016) mixes perfectly the late 60s Who with the Underground music of The Open Mind! And now comes the song that succeeded to put me in a HIGH Sock! It’s been a long time since I heard such a f*cking brilliant song! “Don’t Look At Me” is a freakbeat dynamite! I believe that they did find a way to travel back in time, they went to 1968, recorded this and came back with the tapes… Can’t explain it otherwise… BLOODY AMAZING! “Human Living Vampire” has a psychedelically unbelievable British Mod atmosphere while “Have You Ever Loved Somebody” is a happy uplifting soulful tune! What if The Who met with The Standells in a studio and started jamming together under the notes of “Riot On Sunset Strip”, well this is exactly what you’ll get on “Riot On Kingsland Road”. “Til Tomorrow”, “I’m Coming Home” and “Baby From The South” are making a big step from ’68 to 1969, hard-edged Freakbeat with massive swirling guitar sounding! “Peace Of Mind” is a Garage-Rock number that closes one eye to the other side of the Atlantic ocean! “Hang Up” is another Mod-ish Freakbeat tune with a psychedelic guitar sounding and a Farfisa-driven crazy rhythm while the album closes with a hot R n’ B tune “You Can If You Want” with blistering guitar and cool harmonica sounds. So, The Embrooks have studied the 60s a lot and well! They took all those “ingredients” that they wanted to enrich their Sound, they put their own Personal “Filter” and they presented us a 60s inspired Album not Old-Fashioned but Fresh and Cool as F@ck! Gary Murphy was Right… (TimeLord Michalis)

Get it through State Records’ DISCOGS store:

Get it through State Records’ eBay Shop: 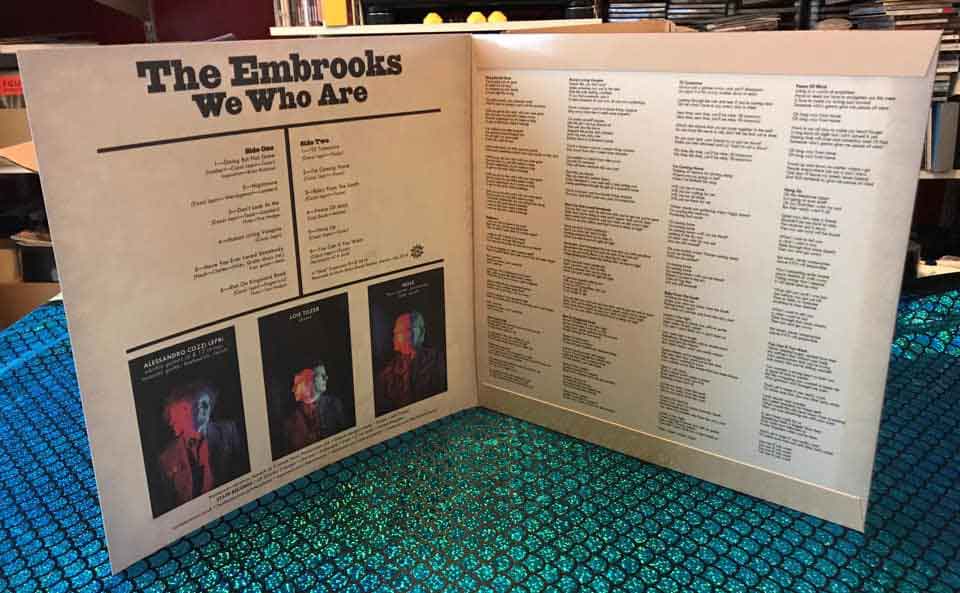