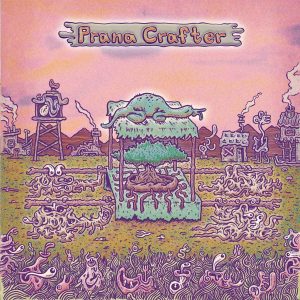 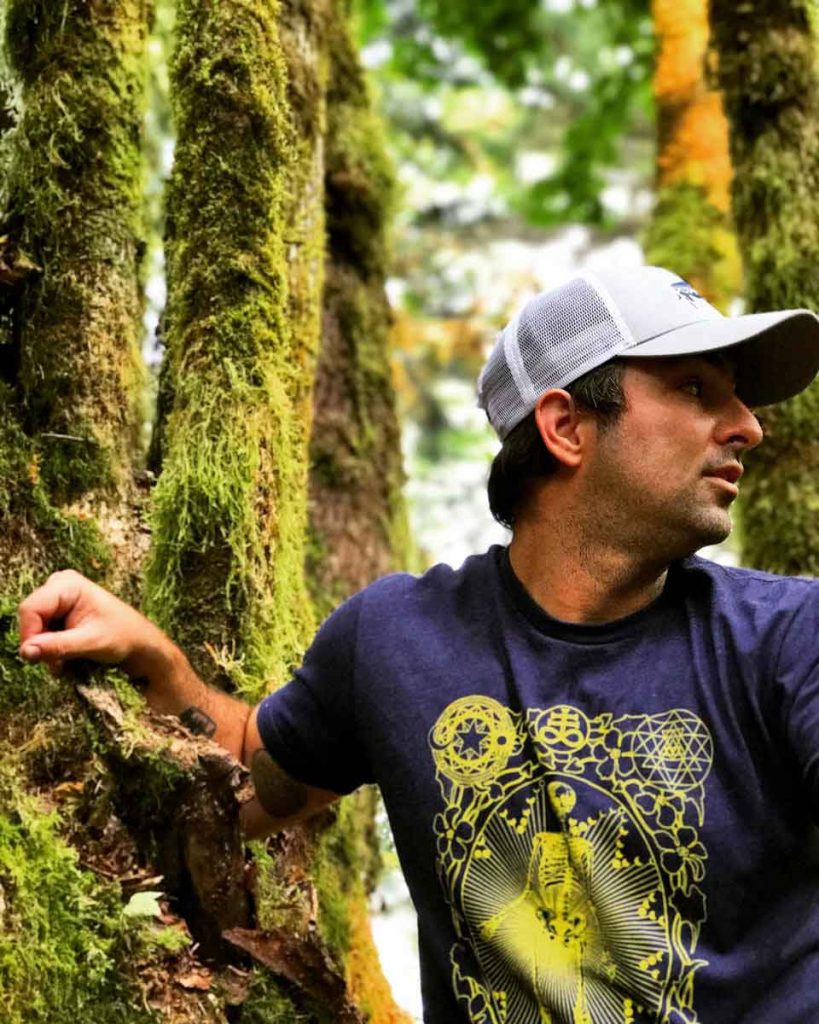 Prana Crafter is the personal vehicle of just one musician, Will Sol, based in Seattle, USA. Since 2014, he had released 5 albums in various formats (CDr, Cassette, and Vinyl) and “Mindstreamblessing” is his 3rd album originally released in 2017 as a Cassette-only album! It was a matter of time for a vinyl release, so Cardinal Fuzz along with Eiderdown Records worked together for a vinyl re-issue of this “Difficult” but “Outstanding” Album!

The Press Release reads: “Cardinal Fuzz and Eiderdown Records are pleased to bring forth Prana Crafter and ‘MindStreamBlessing’. An electric mantra from the deep heart of the Pacific Northwest woods, “MindStreamBlessing” beckons you to relax and crack open your mind for a little while. Prana Crafter is Will Sol, practitioner of fine guitar spell-casting and audio fortune telling. A heady brew of guitar, drums, and organ that traces its majestic lineage from both the wayward strains of a cosmic Americana blues and the rustling sunshine daydreams of a future primitive past. The tunes contained herein drift and sway through the windmills of your mind, leaving the sweet aftertaste of pine and ocean mist. Accept this MindStreamBlessing…”

“MindStreamBlessing” consists of 8 songs, 4 on each side of the vinyl LP. It starts with “At Agatha’s Gate”, an acoustic slow number with an addictive cinematic guitar melody. “As The Weather Commands” is an electric blazing tune with an acidly drenched guitar sound, slowly becoming a kind of an experimental electro-mantra! “FingersFlowThroughOldSkolRiver” is a rather weird tune where the acoustic guitar sounds are blending with a distorted musical background creating a strange ‘paradox’ pattern! “Prajna Pines” indicates an improvised electric guitar sounding emerging a Cosmic Blues feeling! “MindStreamBlessing” has an eerie sounding intro that slowly slips into Prana Crafter’s familiar acoustic guitar motive while “Mycelial Morphohum” has not only a strange title but also is strangely effected, built upon some Eastern scaled guitar licks, transformed into a Mantra-like weird tune! “Luminous Clouds” is an impro-electric-guitar tune with a strong cinematic feel, an experimental tune that sounds perfect to my ears as the final musical scene from “Midnight Express” movie! The album closes with the adventurous and trippy “Bardo Nectar”, another improvised experimental tune with a cool-but-haunted-like melody and a glorious psych-feel! In conclusion, this is a very DIFFICULT and different album, not recommended for non-initiates, but in case you have No Borders in your musical tastes, then you’ll have a real cool time listening to this! My opinion is that “MindStreamBlessing” is ‘cursed’ to be Cult… (TimeLord Michalis)

BOTH VERSIONS OF THE LP ARE SOLD-OUT. SOON TO BE REISSUED ON VINYL, WITH TWO BONUS TRACKS!