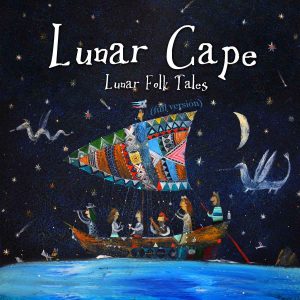 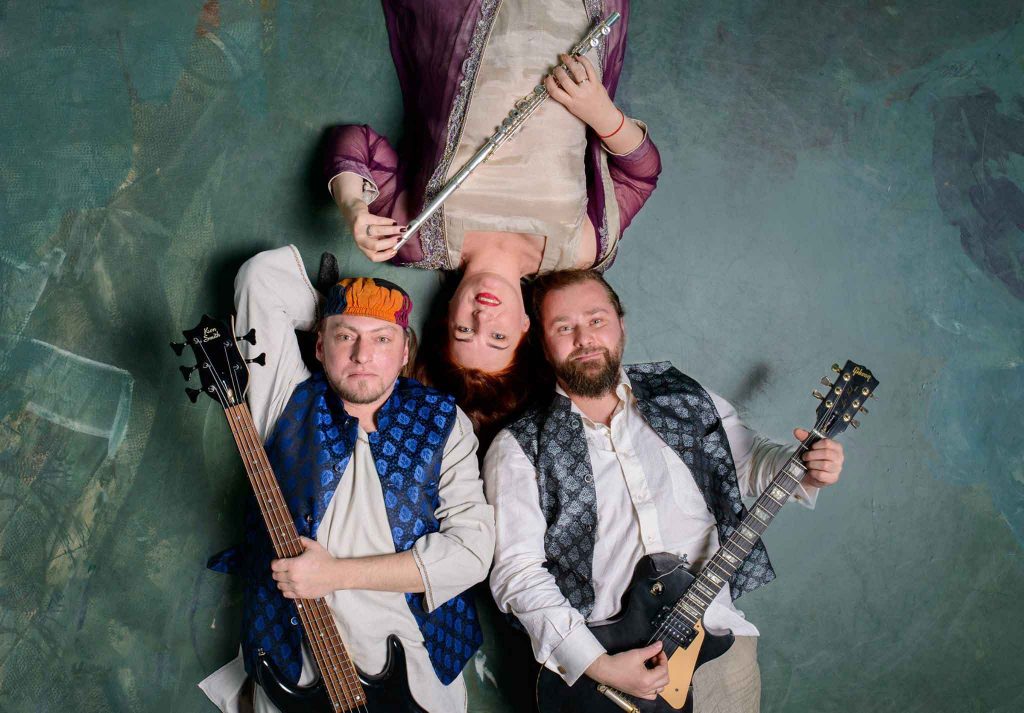 In January 2019, the Lunar Cape band released the full version of “Lunar Folk Tales” (ArtBeat Music label). The edition includes 3CDs (English-language, Russian-language, instrumental version) and an illustrated booklet with fairy tale texts. The album is based on original instrumental music with a flute solo and fairy tale texts that are read along. Lunar Cape is the personal vehicle of 3 Travelers that managed to escape from their fairy tale dreamland with a mission to tell ‘funny’ or ‘strange’ old stories from their magical land!  Lunar Cape were formed in Moscow in 2011 and they released their debut album “Just Lunatics” digitally through their Bandcamp page on January 14, 2016. Their musical style is an eclectic instrumental mix of progressive rock, jazz fusion, and folk. “Lunar Folk Tales” is a great promising project that continues the concept of illustrative music, which the band declared in their debut album, music that’s based on the emotional landscape, or imagery.

The press release reads: “In this album, the idea of illustrativeness was developed beyond the framework of music only – we illustrated the music with fairy tales. In this precise order – first came the music, and the tales were born out of the music. A good example that helps define the format is the symphonic tale “Peter and the Wolf” by Sergey Prokofiev or, even closer, “The Story Of The Hare Who Lost His Spectacles” by Jethro Tull. A fairy tale, instrumental music and a little bit of surrealism. The contents of the “Tales” are based on the earthly fairy tales that we know, mostly Russian and British. After getting to the Moon inhabitants, folklore stories acquired rather unexpected details and plot twists. Do you know why there are no more square eggs in the world? So find out. Our tales are intended for both adults and children. Perhaps, adults would like them a little more. We read some of the tales out loud ourselves and invited friendly musicians to read others. We did not engage professional narrators on purpose since we attribute utmost importance to the perception of music and emotional proximity. We were greatly helped by Nastya Postnikova (“Iva Nova”), Maxim Kucherenko (Underwood), Trey Gunn (Ex-King Crimson), Ozma Nagatovna (“Absent Sunday”). It is very difficult to describe this work without mentioning the visual part. The album is designed by the Russian artist Arseny Lapin and the designer Alexander Medvedev. The edition accompanies the booklet – actually, a 16-page book with color illustrations and fairy tales texts in Russian and English. A total of 20 people from 4 countries (Russia, Pakistan, Ukraine, the USA) took part in the “Lunar Folk Tales” project”.

So, this Magical Album starts with a recitation of the story of the Moon with the song “History Of The Moon”, a song that is presented while the band unfolds a bucolic folkie musical background. For the next number, “Nymph Syrinx Amidst The Stars”, the soundscape becomes more proggy, remaining folkie, with a lovely spoken intro and a dominant flute sound, a rather pleasant tune with an intense medieval feeling, the guitar adds a danceable bluesy rhythm with a melody leading you on a mind trip to other ages and places, sooner to be “interrupted” so the storyteller can finish the story… A renaissance musical feeling is emerging by listening to “Doughball’s Travels”, all these adventurous rhythmical styles of the song make it a really interesting kind-of-a-circus tune! “Old Man Crawley And Wood Goblin” starts under a controlled improvised proggy musical environment, becoming weird and mystical and I can distinguish a huge Canterbury influence upon this title! “Blacksmith” is a flute-based prog-folk song (An English Old one) with a very strong and passionate Jethro Tull veil! “Who Brought The Berries” is another fantastic and adventurous song with the music and the instruments accompanying the narration and sometimes the instrumentation is capably filling the might “gaps” adding a theatrical feel! “Greedy Cousin Leprechaun” indicates a fast beat at the background, this is prog-rock that becomes a funky dance-a-like tune! Eventually, the album closes with “What The Peacock Is Silent About”, a superb lovely and tremendous track – with Trey Gunn (ex-King Crimson) as narrator and Shahid Rashid (Urdu) – very Jethro Tull inspired, becoming experimentally progressive! In conclusion, “Lunar Folk Tales” is a remarkable album that you will certainly enjoy listening either you choose the instrumental version of the compositions either the English spoken (Or Russian) one! In addition to that, this is an album that your kids would love too! After all, this is one of the rare times that a few fairy tales are brilliantly dressed with exceptional prog-folk music making your mind to project colorful illustrated pictures straight to your heart! (TimeLord Michalis) 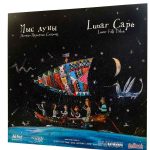 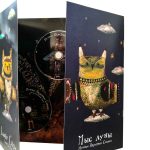 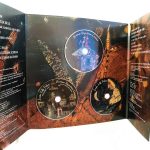 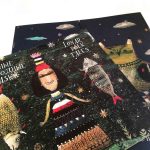 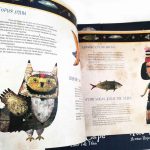