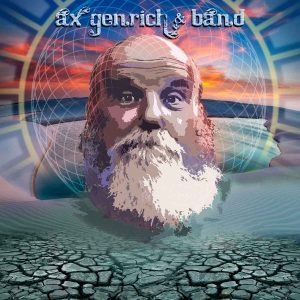 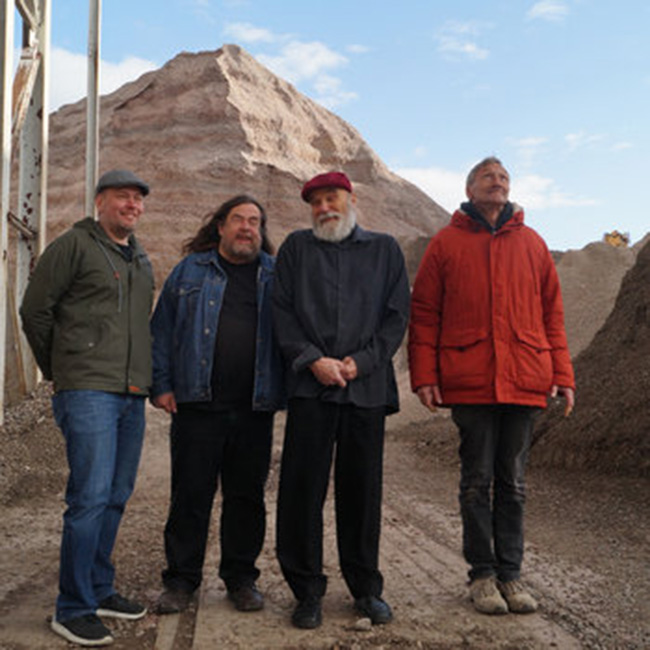 Ax Genrich, Legendary Krautrock Man (of Guru Guru and Agitation Free fame to name a few) is back with his band releasing a new album on a high-quality limited edition vinyl (black and colored) through Clostridium records! So, the band consists of Ax Genrich (Guitar, Vocals), Edgar Türk (Bass), Andre Peiter (Drums), Uli Faust (Percussion). Also, Elias Foerster plays additional drums on the self-titled track and he has recorded and produced the album too. “Out Of The Desert” consists of “five impressive tracks that are firmly rooted in the late ’60s and early ’70s” and it kicks off with “Miles After Miles”, a powerful rock tune that finds Ax and his gang in a great shape (musically speaking, of course, hehe…), tight passionate and full of energy! On “Fear In The Valley (Ufos Are Landing)” the musical motive becomes a little more improvised, guitar-based with a pinch of experimentalism, a hot electrically glowing instrumental tune that is built upon some really interesting “aero-space” scales! Side ‘A’ closes with “Harvest”, an experimental instro that half of it is based on guitar effected soundings while on the rest of the tune the band is developing a heavy slow kind-of torturous soundscape that is flooded into glorious fuzziness! “Under Pressure” starts the ‘B’ side, slowly but progressively the band has launched to Space! This is guitar-based old-school Space-Hard-Rock, some sporadic lyrics in the middle section of the song, leaving the ‘hard’ elements outside and focusing into a more laid-back spacey oriented musical motive but sooner to return into the previous ‘hard’ motive in order to end this 12 min adventure with the proper heaviness… The self-titled “Out Of The Desert” closes the album, there’s a more “earthly” approach to their music with this number, the song has lyrics and the rhythm section is creating a fresh solid rock beat while the guitar is tripping-out to various imaginary places/scales, easily you can lose your mind here, being trapped into a lysergic space illusion! (The CD version of the album includes 2 bonus tracks, “D-Day” and “Standing On The Corner”). In conclusion, “Out Of The Desert” is not another boring long-jam-like improvisational LP, all compositions here are well-orchestrated and perfectly executed creating an album influenced and inspired by the Underground Space Rock scene of the 70s, a scene that Ax is a veteran of! (TimeLord Michalis)

Grab it through Clostridium Records: 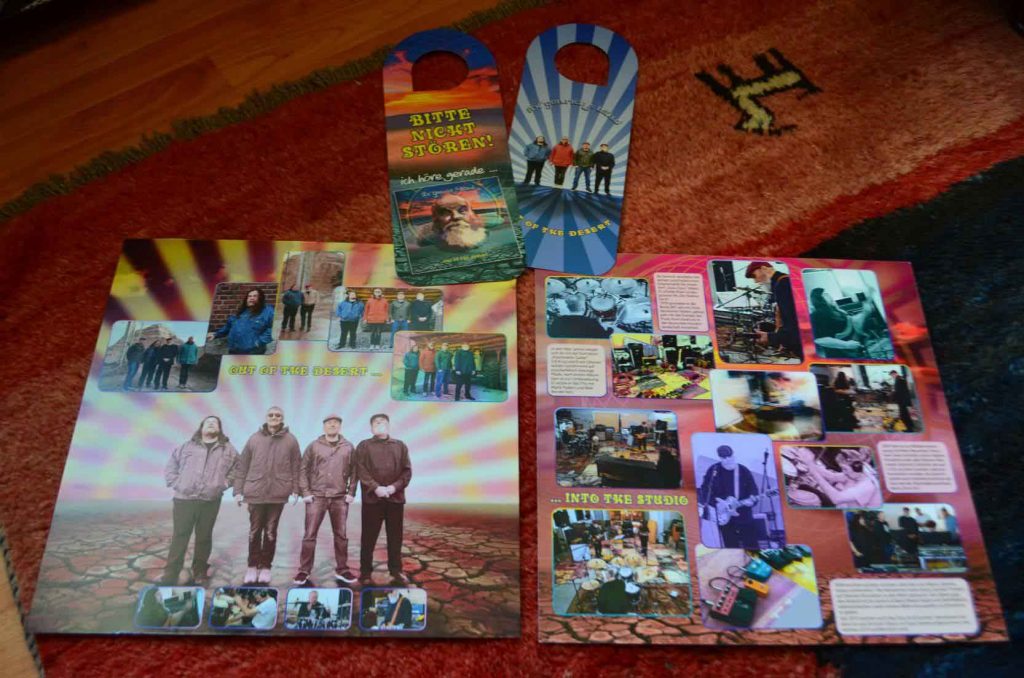