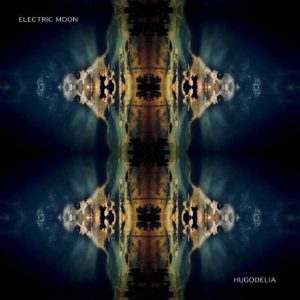 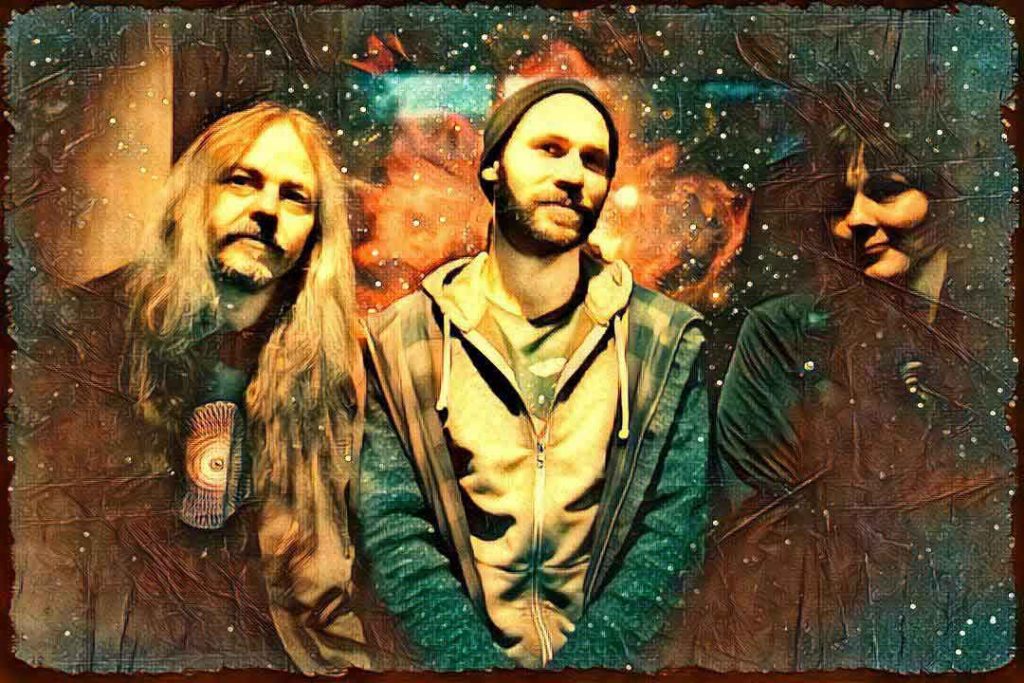 Electric Moon is providing the World with Space and Heavy Space Rock Music, since 2009, with more than 20 releases!!! “Hugodelia” is the first 2019 release for Spacers Electric Moon! I’m sure many more will follow, as they have used us to! “Hugodelia” is a Live Double LP album and the press release reads: “Recorded live in Austria, Feldkirch, at Graf Hugo’s last concert… A very sad evening full of good friends, love, and sweat. Organizer Erich joined us in the last 2 songs of the concert. Both guitars were played then over the same amp. It was a great encore! Bonus track “Ween” was recorded in Wien, at Dasbach, also in 2018”…
The great dark cover is done (as usual) by Komet Lulu and the band for these Live Recordings consists of Sula Bassana (Guitar, Fx), Komet Lulu (Bass, Fx), Pabo Carneval (Drums) and Erich Coldino (Guitar, Fx in tracks 3 and 4). This Loooooong Space Improvised Jam journey starts with “Hugodelia” (20:30), a trippy and super extra spacey tune that moves into the Space-Rock idiom with a definite intention to Improvise and to Experiment! Inside this one, you can listen to heavy parts, trippy parts, spacey parts, and some even more heavy parts! “Transmitter” (20:33) has a serene, dreamy and spacey-oriented start, becoming heavy with some swirling guitar, passing from one sphere to another, trying desperately to leave Earth’s Orbit… “Cellar Grime” (12:37) is another improvisational super extra heavy jam with huge doses of “acid” while the ‘opposite’ of this is the peaceful “Cellar Slime” (10:24), with creepy isolated spacey atmos slowly becoming a Spaced-Out experiment! The first 7 minutes of “Ween” (23:17) are dreamy with various spacey effects, after that, the band progressively develops their unique experimental impro-jam-rock style presenting it here on many variations! So, if you haven’t experience Electric Moon Live, then “Hugodelia” is a very good chance to check the hazy heavy unique and sentimental atmosphere that the band is creating on stage! So, all you aficionados out there, if you’re into some Heavy Space-Rock music, then this record will not disappoint you! (TimeLord Michalis)