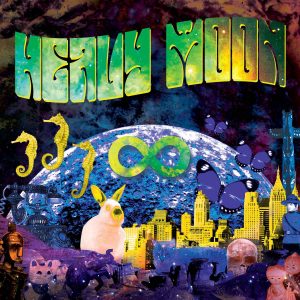 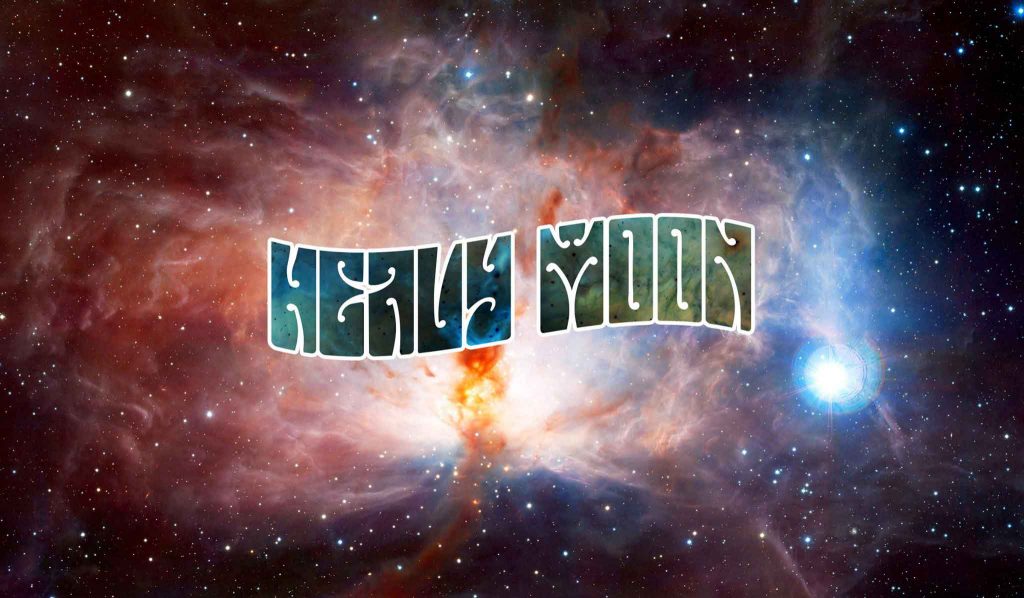 The album kicks off with a 1:39 min dynamic and full of maximum power intro entitled “Captain Nebulous” (from “Heavy Moon 7”). “Orbital Drift” (from “Heavy Moon 9”) starts in a spacey and a rather dreamy way with a tendency to improvise, under a calm n’ serene soundscape that becomes extremely spaced-out! Yes, Space is the Place! Suddenly the Space-Air is filled with huge amounts of Acid coming from the faraway depths of the Horizon, “Deathride To Saturn” (from “Heavy Moon 7”) is a heavy and kind of tweaked Space-Rock tune. On “Black Sunrise” (from “Heavy Moon 3”) the scenery remains spacey (of course!) but the atmosphere by now has become darker and more Psych-er than ever, sooner to be transformed into a Space-Rock Missile heading for the Final Frontier. From now on, the music on this album is becoming more “old-fashioned” Space-Rock oriented, someone could state that the Space-Trip starts now! “Hookah Mirage” (from “Heavy Moon 13”) is a beautylicious druggy dizzy and extreme hookaholic space tune with a mind-blending organ sound, reminding some of very early Hawkwind’s greatest moments, a lysergic addictive space tune! “Rockwind” (from “Heavy Moon 12”) is here to tell us that Yes, Hawkwind is the honorable spaceship here, an amazing Spacerock tune bringing to mind moments from “Warrior On The Edge Of Time”! “Dieter Visits The Dream Dimension” (exclusive track to this release) starts with a soft-psych guitar sounding that is building a dreamy n’ spacey musical pattern with the Organ as a true follower, leading the listener to a Space-Quest in some unknown Galaxy. “Route 6609.1” (from “Heavy Moon 2”) is a very trippy slow tune with a hallucinogenic guitar sound under a space-a-delic motive with lots of mind-blowing spacey effects! “Sojourner” (from “Heavy Moon 4”) indicates a slow spacey musical pattern, enough to get your mind into another dimension, a track that progressively becomes more Space-Rock oriented, still trippy, still adventurous, emerging a great Hawkwind feeling with a few traces of mid-70s Floyd. On “The Manic Blues of Madame Z” (from “Heavy Moon 8”) it seems that Guitar and Organ are having a crazy Space-Party and we are All invited! A fantastic thrilling and exciting Space-Rock Atmos! “Black Eagle Nebula” (from “Heavy Moon 11”) is a mid-tempo, dreamy and kind-of sophisticated Space-Rock while the album closes with “Astrocosm” (from “Heavy Moon 2”), cosmic energy overflows the whole Universe! Adventurous, Addictive n’ Tricky! In conclusion, “Infinity” is not just another Space-Trip, is an Astral Intergalactic Journey to the Macrocosm! (TimeLord Michalis)

Listen/Buy it through Heavy Moon’s Bandcamp: