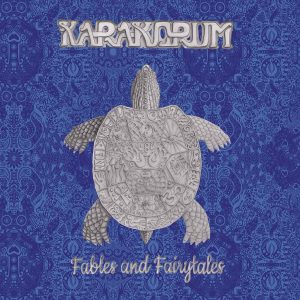 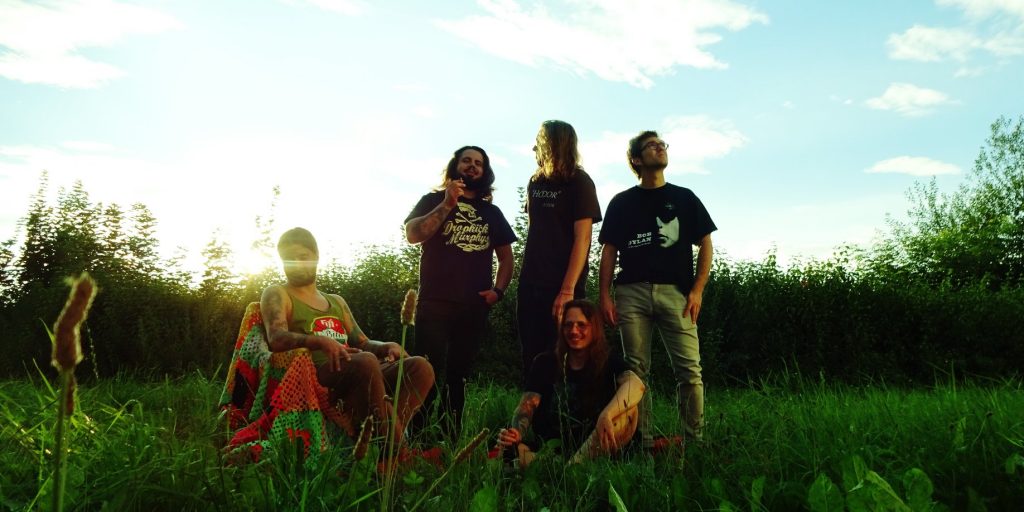 Karakorum came into my life 2 years ago with their tremendous superb debut album “Beteigeuze” (also released on Tonzonen Records), a concept album that consisted of just 1 composition divided to 3 parts, offering a unique compact 70s prog sound and experimenting with various styles like kraut, Jazz Rock, Blues and Symphonic Rock! They probably took their name from the capital city of the Mongol Empire between 1235 and 1260. Karakorum has a new album and the press release reads: “Almost two years have gone by since Karakorum’s debut “Beteigeuze” on Tonzonen Records. Now the Bavarian-based quintet releases their new LP “Fables and Fairytales”. It’s not another concept-LP, instead this time there are three autonomous long tracks that can’t be more diverse. The music handles the full range from 70s heavy rock to free jazz, from epical melancholy to Zappaesque obscurities, but still the band plays their “Karakorum-sound”. In more than 40 minutes Karakorum invites the listener to a Fantastic journey through the width of the Sahara desert or introduces you to some dadaistic fable creatures. It’s not always to be taken serious but if you listen closely you will find several salutes to the quintets biggest idols”…

Side ‘A’ opens with “Phrygian Youth”, a track that is deeply drenched into mid 70s Progressive Rock, becoming hard, then mellow, then dreamy, then sharp with blistering/shimmering electric guitar solos, then bluesy, then a marching Hard Rock beat enters, then Prog again, then the intriguing hot Hammond Organ enters, then the whole thing becomes mystically epic! This is a Splendid Progressive Rock Suite in less than 10 minutes! And it’s really hard to believe that this is NOT a 70s recording! Side ‘A’ closes with “Smegmahood”… Knock knock! Who’s there? Zappa! Zappa who? Zappa The Freak! Come on in then… Zappaesque Prog Rock in its best! Infused with a huge dose of 70s Hard Rock, theatrical Canterbury-like vocalisms and a small pinch of Peter Hammill! A-M-A-Z-I-N-G! Side ‘B’ occupies just 1 track, the 23 min “Fairytales”. It starts with a feeling of mysticism and mantra-like voiceless vocals under a rather weird Dadaist musical background, it surely predisposes you for a different fairytale, a dark and scary one. Under a drumming marching beat the singer moans, mourns, but all of a sudden the music changes leading the track into a clear (but not clean) Progressive path, the electric guitar is shamelessly flirting with Hard Rock while the Organ is paying tribute (once more) to the early Vertigo years! After a while the guitar sounding becomes super mellow transforming the track into a cool soft Prog-FM-Rock tune, just imagine a mix of Journey and REO Speedwagon to get the picture. Soon the musical landscape changes once more giving this long track a true adventurous hypostasis!

So, what we have here is a remarkable exceptional abnormal complicated tuneful harmonious sweet-sounding epical and full of surprises Musical Journey! All Aboard! (TimeLord Michalis)