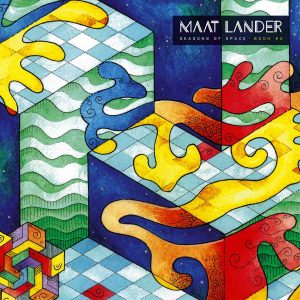 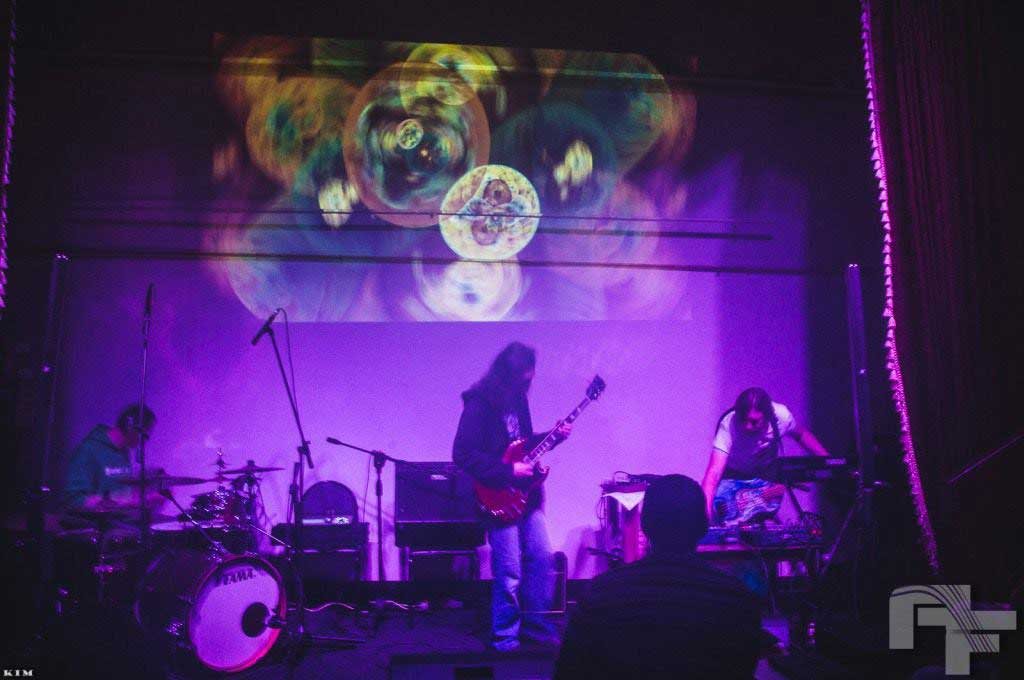 Well, it seems that Mother Russia has entered the Space-Rock World Map for good! Bands are growing like mushrooms! Maat Lander is not an old band neither a new! Maat Lander is an artistic collaboration between 3 guys/musicians “armed with the ability to create music in home studios and then to exchange tracks via internet, began to experiment with new, more complex forms of artistic interaction”! … Maat Lander featuring Ilya Lipkin from The Re-Stoned, Ark Fedotov and Ivan Fedotov from Vespero. They first met on stage in Moscow in 2013 during the Vespero’s tour: Ilya made a guest appearance at one of the band’s gig. Ark, Ivan, and Ilya were attracted to something in the others and started to exchange their musical views and ideas through the web. In December 2014, Ilya was invited to Astrakhan, a hometown of Ark and Ivan to try new tunes by the three on stage. That memorable concert was a total public success, and a new band was born. Since then, Maat Lander has released 4 albums plus a split LP with the Danish Oresund Space Collective. “Seasons Of Space Book #2” is the second volume of the ‘Seasons of Space’ series. This record continues the story of Maat Lander, the fictional eccentric demiurge, which is bored by traveling in space and now he is beginning to explore the microcosm…

The album kicks off with “Realm Of The Firelimbies” and what you get by the very first second is Old-School Space-Rock, warm, nostalgic with trillions of “Spacey Bubbles”, a track that is slowly transformed into a custom hot-rod traveling into Space, speeding fast, leaving Earth behind, reaching the Dark Star, out there… On “There, Where The Crystal Image Of The Whole Space Dwells” the synthesizer with the guitar are creating an imaginary dreamy scenery – of course in the outer space (where else?) – some cool fresh spacey vibes are over flooding EVERYTHING but towards the end the track manages to be transformed into a hot Space-Funky Dynamite! After the short spacey effected interlude “Galaxy Passage #4” and since we now have entered another complicated system of galaxies, “Meteors Serenade” begins. Futuristic Space music, very passionate and sentimental, distortically ambient-like with a brilliant cinematic approach, that succeeds to come into a ‘climax’ towards the end. “Klaus, I’m Lost Among The Molecules” has an intense Tangerine Dream feeling (Phaedra period and beyond) with some interesting but groovy Synth sounds and some exceptional sonic guitar sounding! “Quantum Ballad” is a balladesque spacey tune, cool, soft and dreamy, with a relaxing guitar melody while “Space Scum” is a fast, furious and angry tune, getting wild, flirting with 70’s Hard Rock with an up-lifting slower n’ spacier middle section! This one is the last track on the LP version, the CD one has a couple more. The short interlude “Galaxy Passage #5” and a FANTASTIC tune entitled “The Asteroid Of Living Machinery”, adventurous and trippy, with a killer spacey rhythm, it feels like the Juice you take after blending together Hawkwind, Tangerine Dream, Gong and Ozric Tentacles! S-U-P-E-R-B! Well, microcosm didn’t look and sound so Cosmically Colorful before! (TimeLord Michalis)