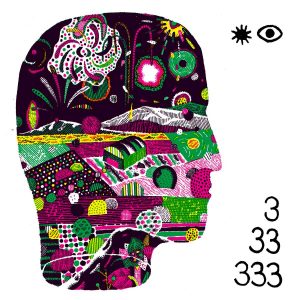 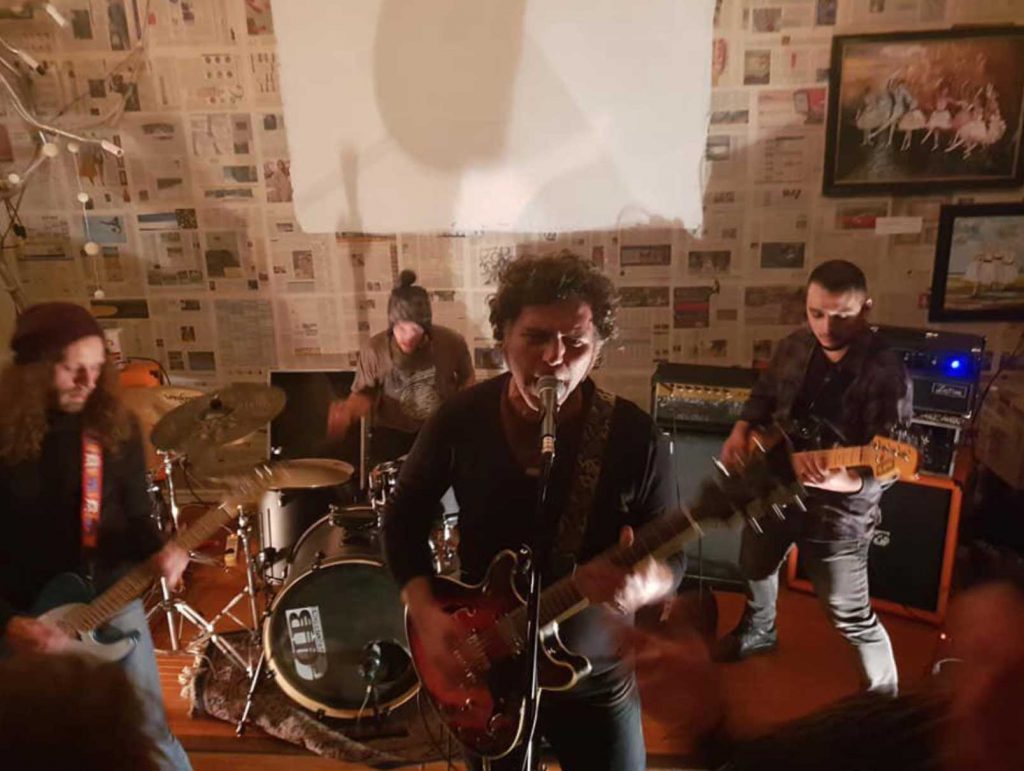 Anuseye first came together around 10 years ago when Claudio C. and Luca S. (from THAT’S ALL FOLKS!/COLT.38 bands) decided to re-hit the Italian Underground Rock scene with “only two chords, some pedals, wild drumming and freaked-out vocals in the tradition of the pure never-aged rock music”. They have released their debut “Anuseye” LP in 2011 (Interbang Records) and the “Essay On A Drunken Cloud” LP in 2014 (Vincebus Eruptum Records). They also have released a Split Limited 7inch Vinyl Single “That’s All Folks / Anuseye – Hypnotic Pulse / Fine Needle” in 2010 through Nasoni Records. Anuseye have a new album ready and it is going to be a limited run (initially) of 333 Translucent Lime Colored Vinyl through Vincebus Eruptum Italian label. The current line-up of the band is Claudio Colaianni (That’s All Folks / Colt.38), Stefano Pomponio (Natron / Madre De Dios), Giovanni D’Elia (Karma In Auge) and Damiano Ceglie. The admittedly Impressive Art-Cover was done by Boris Pramatarov.  The album contains 7 dynamite tunes plus a MAGNIFICENT LSD infused track. “Sycamore Red”, and “The Blend” are quite heavy and fuzzy tunes while “Meet The Mudman”, “The Syrup” and “Dominant Eye” are tracks that reminisce the good old That’s All Folks Days, songs with a rather intense mid-90s Alternative US College Rock feeling. The self-titled “3 33 333” is a slower number with a damned cursed “Careful with that Ax Eugene” creepy atmos and a ‘controlled’ heavy riffing at times while “Armored” is slow too but with a dark melodic & tricky scenery indicating a hot bluesy Jon Spencer Blues Explosion atmos! The last track is my personal favorite of the album, “Vacuum Time Unit” uses a 60s LSD speech as a sample through the whole track, an instrumental track which is infused and also drenched into huge amounts of Lysergic Acid Diethylamide! MIND-BLOWING! So, if you think that the Nowadays Italian Underground Scene has something to offer, then dig, dig deep and eventually you will come in front of Anuseye… (TimeLord Michalis) 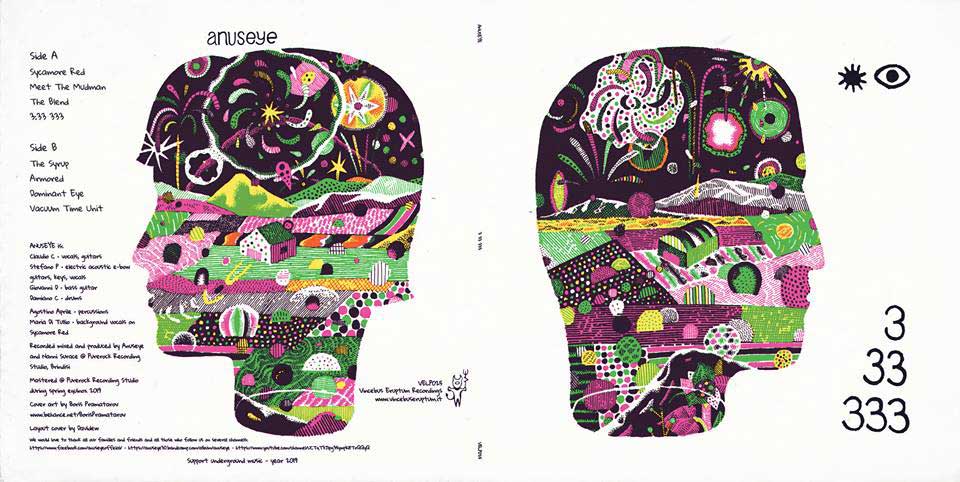