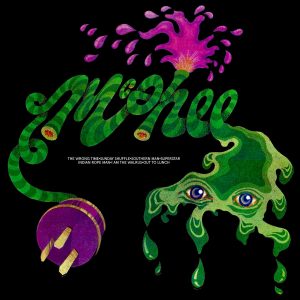 Well, it isn’t long ago since Sommor Label “threw” in the market Mandrake Paddle Steamer’s “Pandemonium Shadow Show” (January 2019 / read review here:) and simply took my mind off, and now Sommor does it again! This time with one of the rarest albums from Australia, released in 1971, by one of the more obscure outfits, a Sydney band called McPhee! Only 500 copies were pressed at the time, though the Violets Holiday label! The concise and ‘laconic’ release sheet reads: “Acid-rock / prog-psych with jam / club live feel: long tracks, powerful female / male vocals, prominent Hammond and hard guitar. Wild covers of Spooky Tooth, Beatles, Neil Young… plus a couple of killer originals. Master tape sound, insert with liner notes by Ian McFarlane”… While Ian McFarlane describes it as: “…One of the great lost treasures of the Australian psychedelic rock era, a truly fascinating artefact of tremendous scope”!

So, what we have here is an album that consists of just 7 tracks, 5 cover versions plus 2 original compositions. It kicks off with “The Wrong Time” (originally by the Spooky Tooth), a light-hearted but heady version, a heavy Blues-Rock number that brings to mind other significant bands of that time like Stone The Crows, Savoy Brown and Groundhogs. The first of the 2 originals is called “Sunday Shuffle”, a fast tune, very rhythmical with exceptional hard guitar, avoiding becoming Heavy! “Southern Man” (originally by Neil Young) is a groovy mid-tempo Blues number that obviously brings to mind Neil Young’s The Crazy Horse, and maybe some of America. Side ‘A’ closes with a song written and first performed by Ritchie Havens, the “Indian Rope Man”, the band here presents a Heavier version – based on the one by Brian Auger & Julie Driscoll – a little bluesy with progressive Hammond Keys, powerful female vocals and a tremendous “You Really Got Me” attitude! Side ‘B’ opens with a slow cozy and marvelous version of “Superstar”, a Bonnie Bramlett (of Delaney And Bonnie) and Leon Russell’s song. Lennon / McCartney’s “I Am The Warlus” follows but McPhee had definitely in mind the Spooky Tooth’s astonishing version! A slowly burning lava from your inside, a Frantic amazing progressive-ized version! The album closes with the second and last original composition of the band entitled “Out To Lunch”, easy-listening start with cool vibes under a jazzy flavored environment that transforms into a groovy jam-like instrumental session with an intense feeling of “Santana-jams-with-Grateful Dead” into the Fillmore (West) stage! So, the answer to your question is YES! This LP album worths the value of every cent!!! (TimeLord Michalis)

Get the Album directly through Guerssen/Sommor Web: 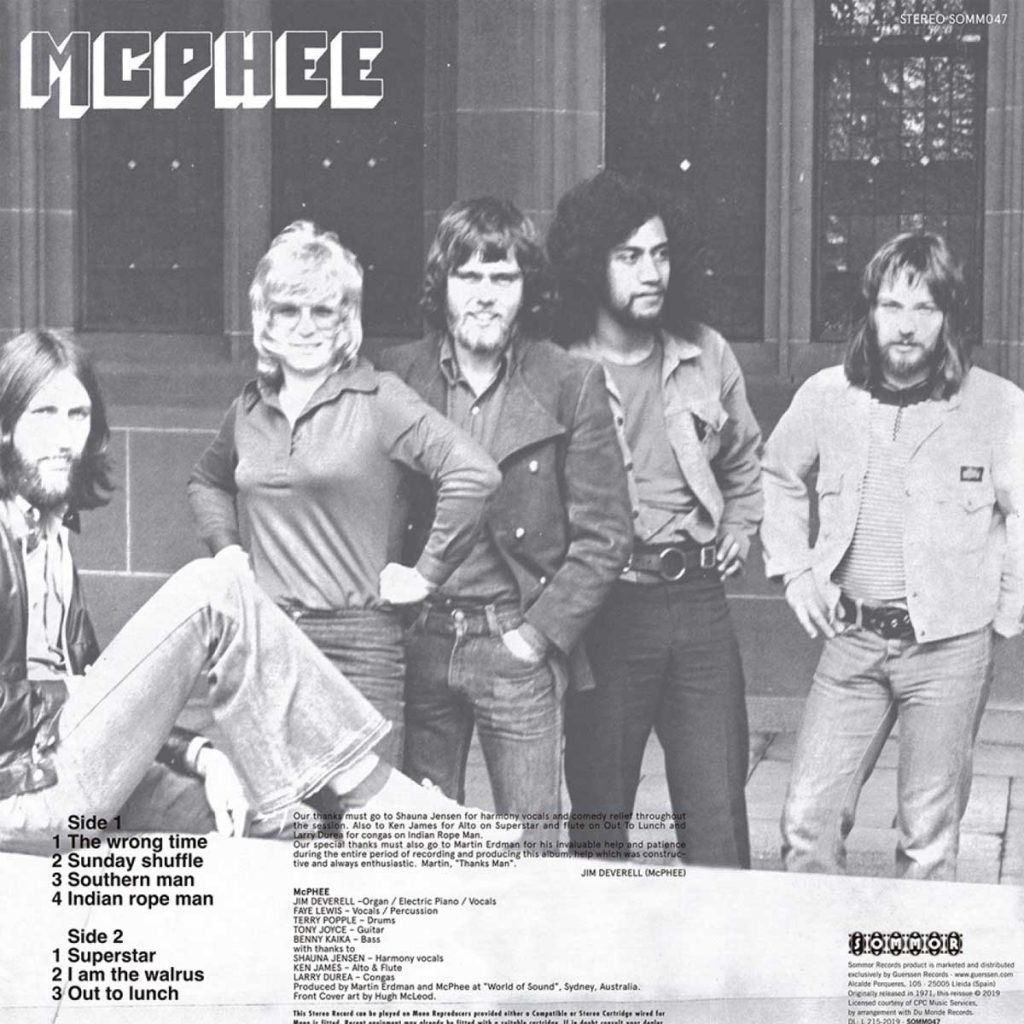