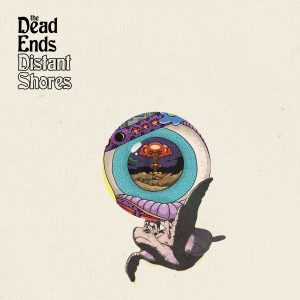 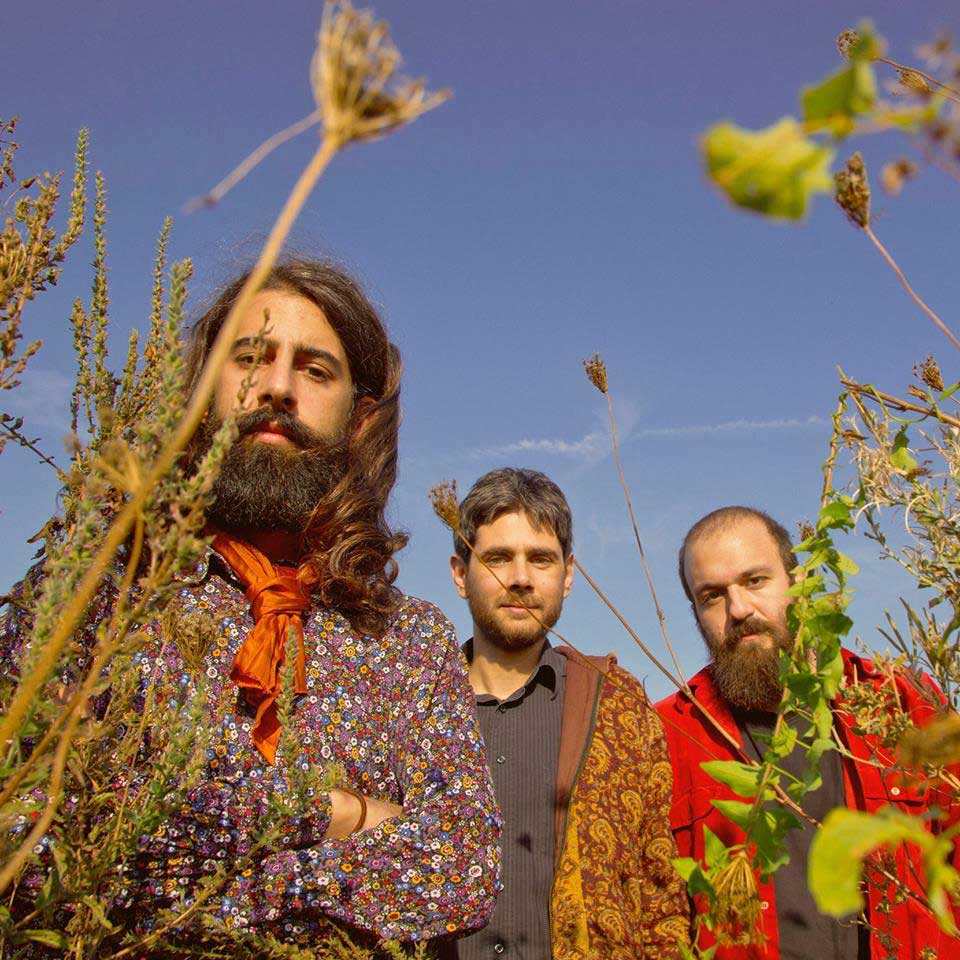 The Dead Ends, hailing from Kavala, Northern Greece, are an interesting Psych-Rock trio, formed in 2015. Their first album “Deeper The Dark, The Brighter We Shine” was released in 2017 through Athenian label Sound Effect Records. The band states: “Inspired by old school psychedelia, early shoegaze and traditional Greek music, their sound is a sonic amalgamation of expanding melodies and powerful rhythmic motifs, paired with lyrical allegories, resulting in a neo-psychedelic soundscape”… So, after the really exciting debut album, The Dead Ends are back with new material, a new LP, released once more through Sound Effect Records and at their Bandcamp we read: “Seirios, Giorgos and Dimitris explore the late 60s/early 70s, blending psychedelic and early progressive rock sounds with a strong contemporary feel. Guitar riffs and Hammond melodies dance on groovy/punchy percussion and basslines, whereas, they often make way to the polyphonic vocals of the band and the bucolic woodwinds of Dimitris. “Distant Shores” talks about modern society problems and how to overcome these, putting all egos aside. Reminiscing the past and paving the future, The Dead Ends praise universal love in a record to be remembered for years”…

“Distant Shores” consists of 10 songs equally split into both sides. The album kicks off with “Healer’s Song (Icaro)”, under an addictive Hammond melody, the guitar, bass, and drums are creating an old-school progressive rock background but so inspiringly fresh and wonderfully modernized! On “Fountain Of Love” the band is “throwing” Psych “elements” into their unique proggy sound, developing a cool psychic and catchy soundscape, bucolic-like and a little folkie-flirting. The Hammond sets the rhythm, “The Trip” begins and the other “instruments” are simply following and filling the “blanks”. “The Trip” is the song that gave the title to the album, a lovely “proggy” tune and while listening I catch myself being really hard to pin down the band’s 70s influences! “July” is a slower number, with a tremendous mid 70s haunted Hammond melody that transforms into a neo-prog-psych brilliantly executed tune, emerging an intense Doors feeling (from their last days though). “Sparkle” that follows, is an even slower track, much trippier with less “proggy” and more “psych” atmosphere all over. Side ‘B’ opens with “Dreams Are Dead”, a psychic interlude (1:30min) with some kind of spoken poetry. Less ‘Prog’ more ‘Psych’ on “To Those Who Left”, with a lovely artistically old-fashioned approach, where the Hammond, once more ‘steals the show’! From now on and for the last 3 songs, the band becomes more psychedelically sophisticated, making these 3 last numbers my favorites from this album… “Imaginary Friend” is a trippy n’ adventurous psych tune, clearly early 70s Prog inspired with some Splendid Shaman-like vocals towards its end! “Peacock’s 100 Eyes” creates a dark but warm atmosphere! An amazing Psychedelic landscape unfolds with The Dead Ends’ unique way, the organ, and the guitar bond together in the name of its Imperial Majesty “late-60s-west-coast” request!!! What a tune! Eventually, the album closes with “Reincarnation”, neo proggy-ish psych at its Best with a tweaked acidly drenched Folkie feeling! So, what we have here is a more esoteric album (comparing to their debut), complicated, introvert… A record that “Plays” with your Mind, firstly… Then progressively it “Touches” sensitive chords of your Heart… And the big question from all these here is: “Is it possible for a band nowadays to create a personal recognizable unique Sound?” Well, go and ask The Dead Ends, they know… (TimeLord Michalis)

Listen through The Dead Ends’ Bandcamp: 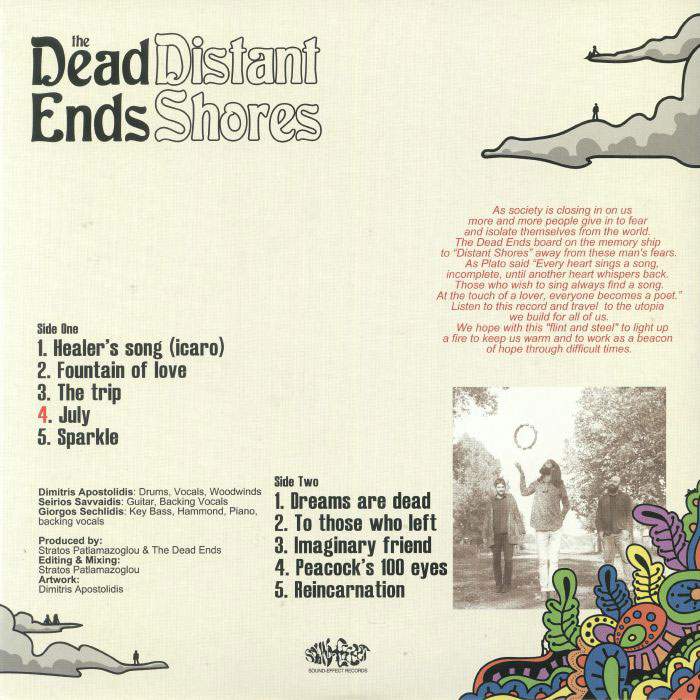