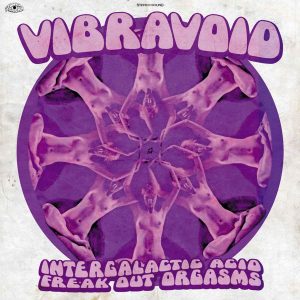 Let’s start by saying this: I’m studying, experiencing Vibravoid for the last 15 years. I’m also close to Christian, the Mastermind of Vibravoid. And I have come to this conclusion. Like Obelix who fell into a cauldron of the Gaul’s magic potion, Christian (aka Dr. Koch) fell into a cauldron of 60s Psychedelia! With every release of the band, I’m getting even more convinced! Totally!

You might think “Alright, this is another Vibravoid Live Album”… Oh, Unsuspecting You Fool! Haven’t you find out so far that every Vibravoid Live album is a unique Experience? A Psychedelic testimony of the nowadays Psychedelic scene? It is no coincidence that once you buy a Live album then an ardent desire grips you to obtain ALL of them (Live) Albums… It’s inexplicable… It’s mystical… It’s Magical…

Anyway, the press release reads: “Mind blowing recordings of Vibravoid´s sensational performance at Guru Guru´s 50th anniversary / Finkenbach festival 2018. Closing the more than sold-out Finkenbach Festival, Vibravoid entered the stage – the audience was burned by the sun during the day, temperatures dropped near freezing during the night. Vibravoid, however, played such a haunting and exploding show that they managed not only to captivate the completely exhausted audience, but also to lead the people to a collective psychedelic climax! Due to the cold the Showtime had to be shortened and so Vibravoid almost served a “Best of” contemporary Psychedelic Rock – from Vibravoid classics to Pink Floyd, Beatles to Can everything was offered, which puts the friend of real psychedelic music in ecstasy… Connoisseurs of the Krautrock know about its roots – Vibravoid brought back with their Pink Floyd interpretations to bring an essential source of inspiration of Krautrock to the Finkenbach Festival… This also reveals the crucial differences between Vibravoid and the current hipster bands, who misinterpret Pink Floyd songs in gothic or heavy metal garb as alleged psych rock… No wonder that the calls for a release of the show were getting bigger. Great idea! But what to do if there is no recording? After a long and intensive search, however, the Vibarvoid found a high quality source and we are able to present the best sound material of this show. A fan of the group had his camera connected to the soundboard and recorded the original sound that ran through the amplifier system of the festival. Closer than this recording you can hardly get to the Vibravoid! Yes and in the end we admit: the Vibravoid fans were right in their calls for a release!”…

So, Vibravoid’s show lasted for 80 minutes. 9 tracks in total, 3 original compositions, and 6 cover versions. They hit the stage with a C-O-M-P-L-E-T-E-L-Y ACID version of a “Revolver” tune, the Lennon/McCartney “Tomorrow Never Knows”. Sprayed with Lysergic Acid, presented here with a Majestic Psychedelic Reverberating guitar sounding while tons of Psych Feedback are invading your Brain, making all of your lethargic Cerebral Cells to wake up from the hibernation! Turn off your mind relax and float down stream // It is not dying, it is not dying // Lay down all thoughts, surrender to the void // It is shining, it is shining… Vibravoid is blowing a fresh new Breath to the song, making it an Instant Classic Psychedelic tune from the future! “Vivid Vision” is an old Vibravoid tune (originally in the Void Vibration LP, 2002), presented here with that particular “Vibravoid-Feedback” Sound and it is just impossible not to follow the frenetic acidly drenched rhythm of the tune! Cold? What cold? It’s 40 degrees and increasing! Another Vibravoid Classic-Live tune follows, “Playing With Beuys” (originally in the Politics Of Ecstasy LP, 2008), an inseparable song from every Vibravoid set-list, it is live-music that generates tons of “Psilocybin Drops” dropping upon the unsuspected spellbound audience! A Super Psychedelic Medley follows, with 2 of the most important Heady Sophisticated Psych Songs ever (courtesy of Syd, of course!), teleporting everyone into early 1967, London, UFO Club. An Acid version of “Astronomy Domine” like only Vibravoid can make, staying a little close to the original but with a more heavy Acid-Rock approach, giving the listener Multiple Flashbacks, that blends with that “cursed” guitar riff from “Interstellar Overdrive”, making you realize that this is exactly how Pink Floyd would have sounded nowadays! There’s no other band that can “attribute” and “restore” Pink Floyd’s Psychedelic era like the Vibravoid! Make the test and you’ll see yourself… Play that version to a friend of yours without telling him who is performing. One can easily be mistaken by a lost late 60s live version of the original Pink Floyd!!! No, I’m not blasphemous! This is Vibravoid giving total R-E-S-P-C-E-T to the Masters! “Ballspeaker” (originally in the 2001 Love Is Freedom LP, 2001) is presented here in one of its Best Live versions ever! A 7min tune (originally) that year after year, live after live, Vibravoid evolved this tune into an epic over-20min Psychedelic Anthem! “Ballspeaker” is the trademark sound of Vibravoid! Dr. Koch is in love with Greece, with Greek Olive Oil, with Greek Greens (Horta), with Aphrodite’s Child! “Magic Mirror” is an Aphrodite’s Child song that first introduced to the “Delirio Dei Sensi” LP in 2013 and since then it is an integral piece of Vibravoid’s Live appearances, performed here with a Modernized Acid-Psych feel! “Colour Your Mind” is another cover (firstly included on the “Delirio Dei Sensi” LP and also released as a Fruits de Mer 7inch Single) originally made in 1986 by Australia’s Tyrnaround. A distortically fuzzy version enriched with huge amounts of PSYCHness! The last song is a short reinterpretation of CAN’s fantastic “Mother Sky”. Short, because Vibravoid has used us with over 30min versions, but despite the just 8min duration, this Live version overflows energy, a Psychedelically Trippy and Organic Krauted version while the only one that is missing here is Sky… Or am I wrong? Maybe…

In conclusion, Vibravoid’s music acts like a Psychedelic Substance! Listening to their music has the same effects of taking LSD! Exactly this! An Out-Of-Body Experience that leads you to a Sacramental State of Awareness! You do not need Drugs. Listen to the Now-Sound! Listen to Vibravoid! It’s good for the Mind and the Body! The Psychedelia of the 21st century! Refreshingly Hallucinogenic!!! An album recommended for Countless Freak Out Multiple Mind Orgasms! (TimeLord Michalis)

Get it directly from Stoned Karma Records: 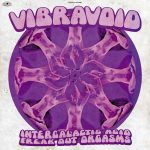 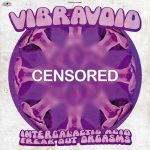 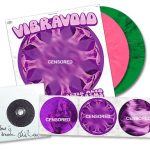 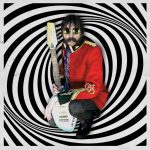