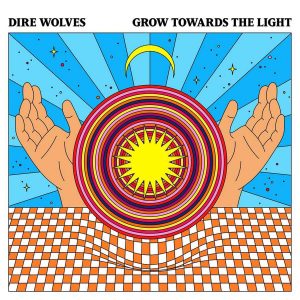 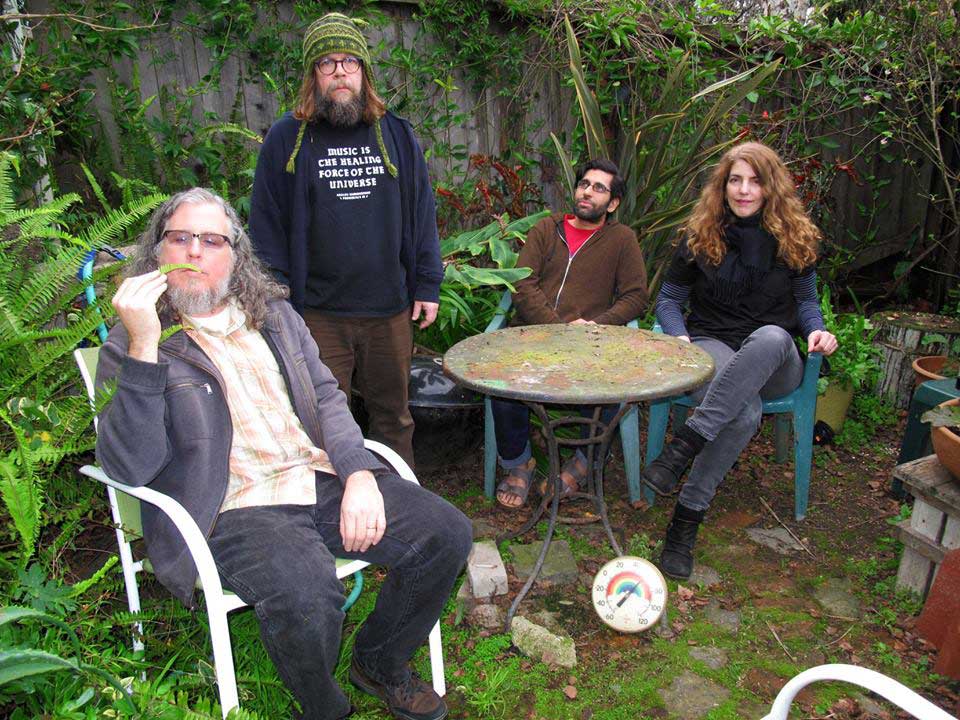 Dire Wolves (Just Exactly Perfect Sisters Band) are making explorative journeys into Cosmic Psych experimenting with Free Rock and improvising with Spiritual Folk Jazz, since 2008! Hailing from San Francisco, Dire Wolves are part of the growing West-Coast-Neo-Psychedelic scene. Their remarkable previous album “Paradisiacal Minds” (2018, LP, Cardinal Fuzz/Feeding Tube Records) was ONE of the BEST Albums on my Personal TOP (check here:)… Jeffrey Alexander is in charge of “controlling the puppets’ strings”, in other words, he is the master-mind of Dire Wolves.

This is what is written on Dire Wolves Bandcamp:

“Jeffrey Alexander has always been into the cool, the weird, and the darkness.
He has apparently been heavily dabbling in what the band’s bio describes as “the higher dimensions of cosmic free-rock” since I last hung out with him. I consider him a kind of scholar of outsider and avant-garde music; over the years, he’s run Secret Eye Records, been a member of Jackie O’ Motherfucker, Black Forest Black Sea, and managed to find a way to always remain genuinely excited about creating and performing music—which is not always the case with artists who keep at it for multiple decades.
Recorded in Oakland, CA during a two day stretch, “Grow Towards the Light” is Dire Wolves’ 4th official full-length album (not including the fifteen or so minor releases, bootlegs, and tapes they’ve put out over the years), and it’s the first without Lau Nau on main vocals. Taking over that role is the mystical Georgia Carbone, singing in her own invented language. Regarding the album title: you can really hear the sun pulsating through the space clouds, if you know what I mean. Jeffrey plays guitar and moog here, joined by Brian Lucas on bass, Sheila Bosco (from Faun Fables) on drums and piano, Arjun Mendiratta (Village of Spaces) on violin, and Taralie Peterson (Spires that in the Sunset Rise) on saxophone.
“Every Step Is Birth” features a dark, plodding groove. It sounds like the soundtrack to a sinister after-party in a place you suspect might actually be purgatory. I happen to know that Jeffrey Alexander followed the Dead around for the better part of the 1980s, and you can hear that influence here, but also shades of musical styles from all over the globe. “Every Step,” with its shrieking violin and Georgia’s haunting vocals, builds into a trance-like, cinematic climax. All of this becomes all the more impressive when you realize that every note of this recording was improvised.
Jeffrey tells me the album thematically tries to express the “interconnectedness of all things,” which makes perfect sense given even during some of the more unsettling jams and eerie melodies, this album always feels like a cohesive whole.
Stylistically this is really a broad, painterly album that comes together in a beautiful, unexpected way. I hope you enjoy “Grow Towards the Light.
– Marissa Nadler, March 2019”…

“Grow Towards The Light” consists of just 6 songs. It kicks off with “I Control The Weather”, a stunning amalgam of free-jazz / avant-garde music that the melody is overflowing while the singer is singing/chanting in her own invented language! It feels like making music for the Nymphs to dance naked on some Dionysian Fair… On “Every Step Is Birth” the scenery becomes tribal-like, a hypnotically psychedelicious atmosphere, dark enough to enlighten your subconscious, intoxicated Euphoria fills the Air, and then there’s that violin with its haunted screeching sounding, leading all Participants of this Dionysian Fair into the desired result, a Synchronized Ecstasy! After the darkness, there’s a New Dawn, here’s the first Morning Light with “Discordant Angels”… A sad tune emerging a nostalgic but weird pastoral feeling with voiceless chant-like vocals. “Spacetime Rider” is Cosmic Free-Rock at its Best, slightly improvised, intriguing female vocalisms, the music flows inside a Shamanic river, leading into strange refraction of spacetime helping the Medium (listener) to transcend into another new dimension! The eerie “Water Bearing One” follows, with a pinch of experimentalism is an “earthly” tune that gives you the sense of preparing yourself for a mystical ritual, making your mind completely under purification in order to meet Pythia, the mighty high priestess of Apollo… The album closes with “Crack In The Cosmic Axis” under an electric sophisticated psychedelic musical background where Orpheus is jamming with Daevid Allen under some ‘Banana Moon’, competing on who is going to give birth to the eeriest melody, releasing huge amounts of Cosmic Energy into the Universe! In conclusion, Dire Wolves is a band imbued with one important thing that most of nowadays bands are missing. Creative Inspiration! In other words, this is a Jaw-Dropping Ravishing Dazzling Tiptop Transcendental Revitalizing Tremendous Album, certainly One-Of-The-Best LPs of 2019! Dig!!! (TimeLord Michalis)

Get it via Beyond Beyond Is Beyond Records’ Bandcamp: